I love getting rooms plastered, they go from looking derelict and un-liveable to pristine and soft.  Craig has done a great job plastering the living room. After we had ripped all the false boarding off we discovered a few old damp horrors and two corners where there had been a leaky drainpipe the plaster crumbled away back to the brick. 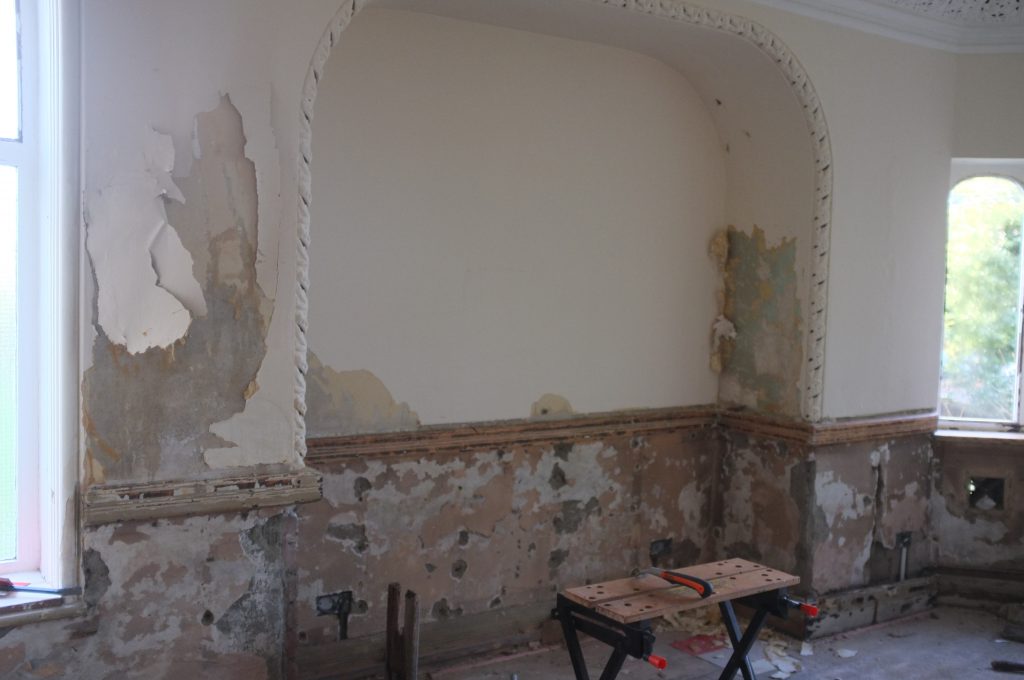 The main issue we had was a more recent problem. A couple of years ago, the previous owners had badly blocked up a door and skimmed over wallpaper, the wall was bulging and needed flatening so we could replace the missing dado.  This took two days to strip back and redo properly.

we did uncover this though whilst scraping all the old skim back and previous layers of wallpaper. 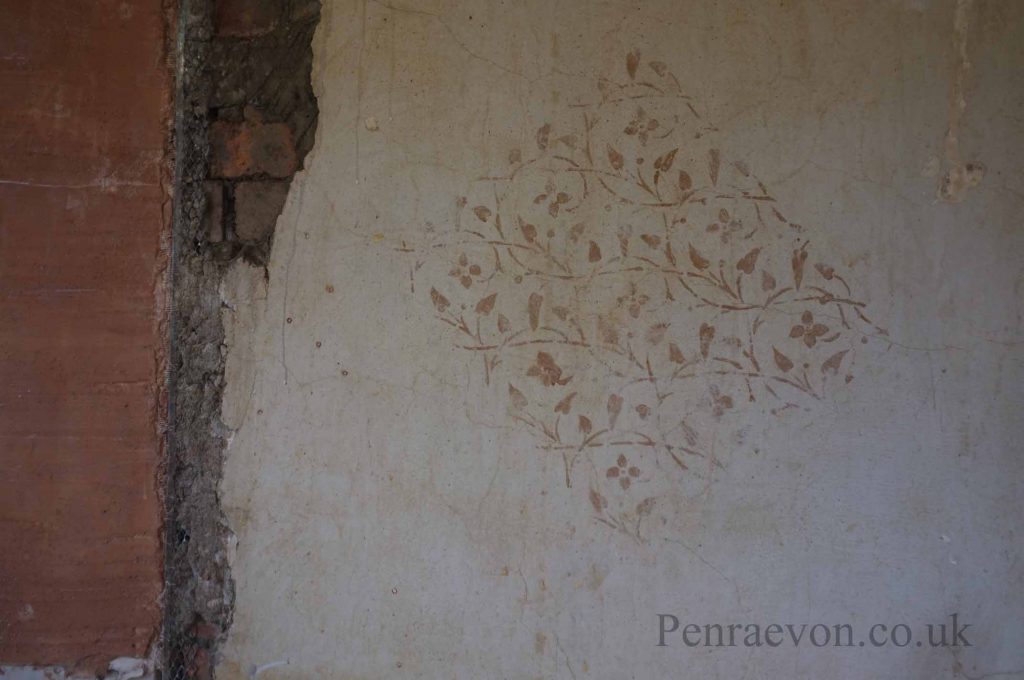 Before we plastered we had the electrics chased in to the wall.  Previously they had been mounted on the skirting of the false boarding on the wall. 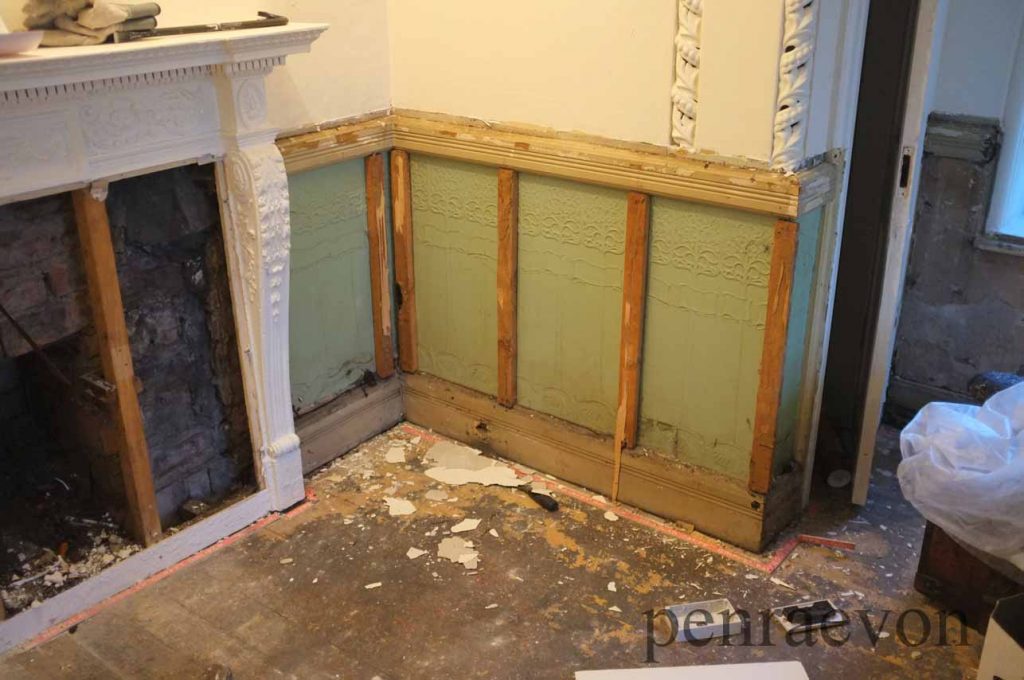 We had a few areas of old damp damage where the wall had to be taken back to the brick and required dot and dab, but the rest was sound and just needed a little browning and a skim 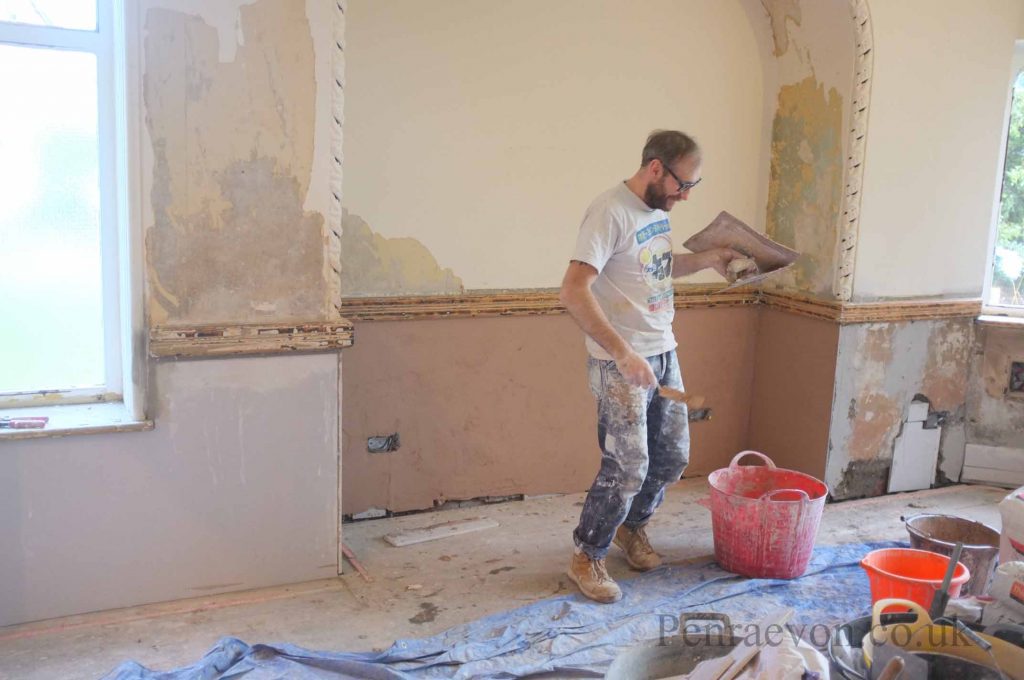 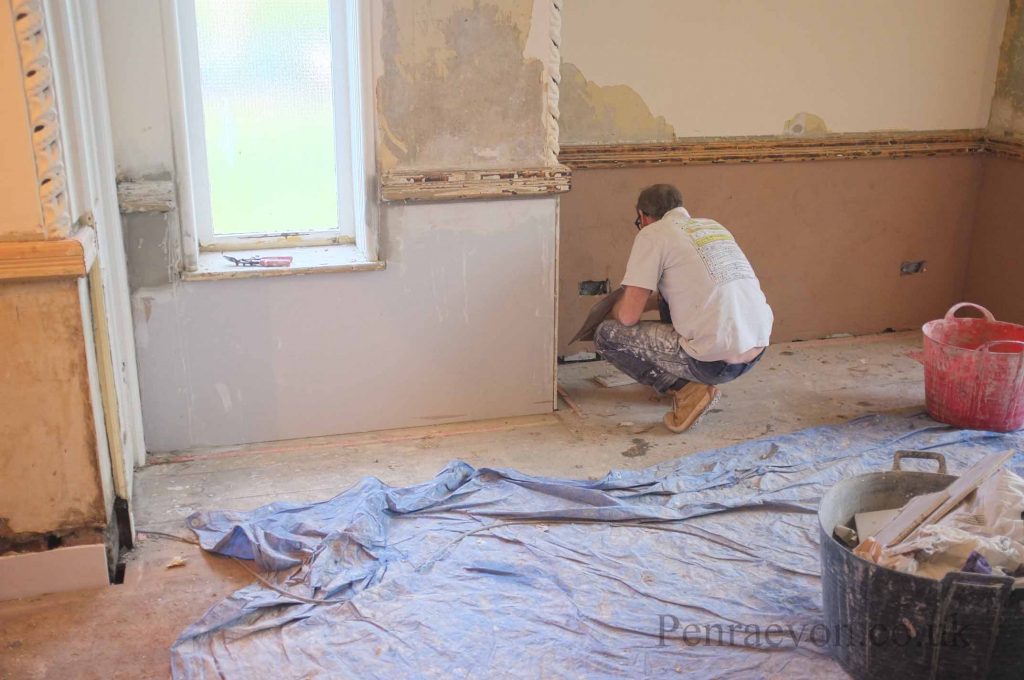