Limewash is not paint, instead it cures. It has the advantage of letting the brick of the walls still breath and not trapping moisture in the building. It also has antibacterial properties which is why it was used inside houses a lot. 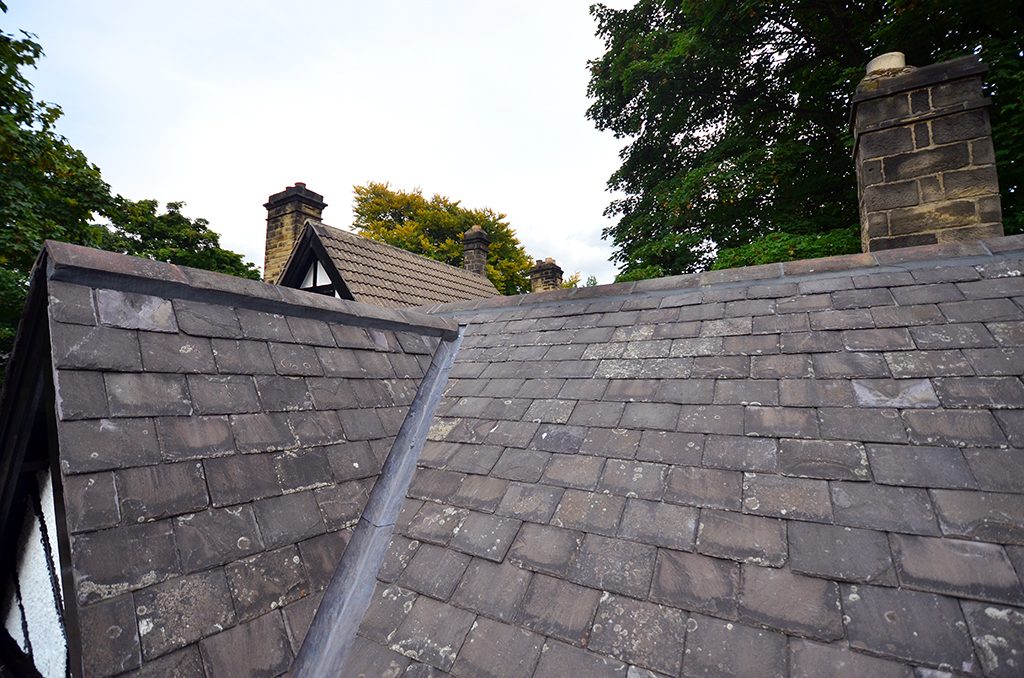 Whilst the scaffolding was still up for the repair of the roof. It offered a good opportunity to start limewashing two of it’s walls.

The end wall (second picture below) is still covered in an old stone render (like a pebble-dash) which is now very grey and shabby and the other wall facing into the courtyard is exposed brick with remnants of old render and earlier limewash…a bit more derelict factory than smart courtyard.  Here it is on moving in day – complete with wrecked roof, bins, broken drainpipe and washing line.  It has a charm 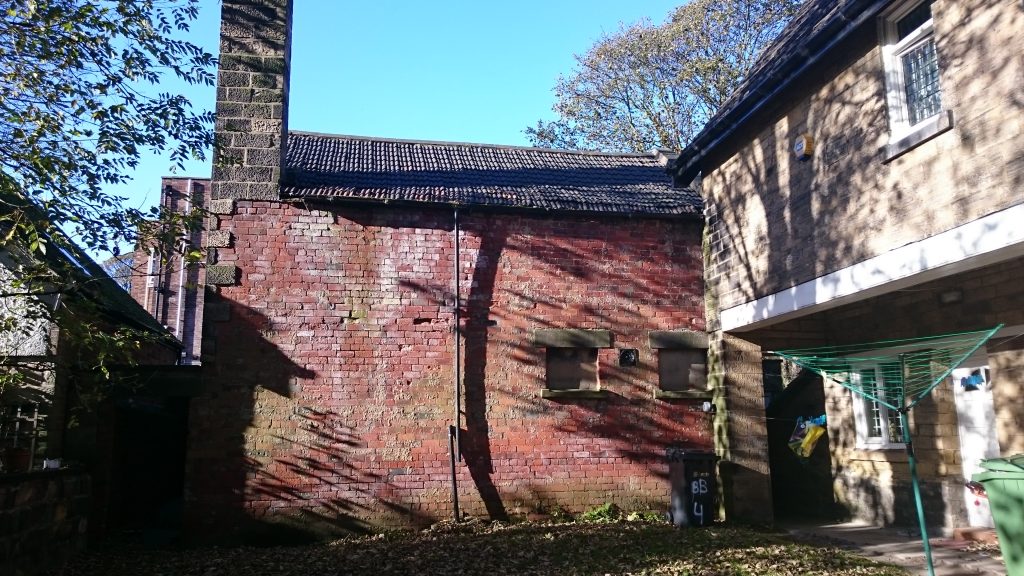 First job was to limewash the apex of the end wall (the highest part) while the scaffolding was still up. Limewash is like water so best to work your way down. 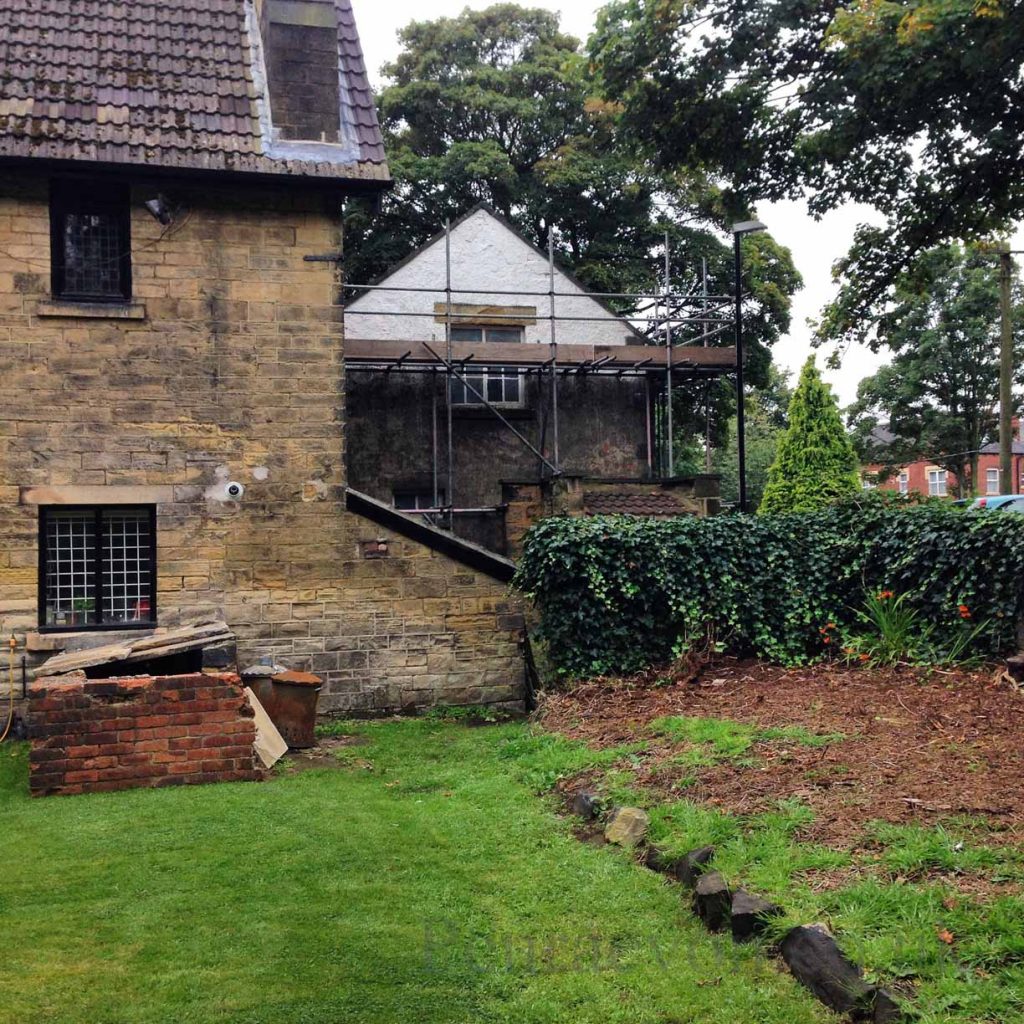 We researched a lot into limewash and other natural wall finishes – and found this book to be really helpful – USING NATURAL FINISHES.

We calculated how much we needed (based on 3 coats) and bought two 15l tubs of limewash from CONSERV, who were really efficient with quick delivery (they’re also pretty local – based in Cleveland).  Note the essential accessory of a bent coat hanger made into a hook to hang the bucket of limewash off a ladder!

It’s weird stuff – when you apply it, it’s kind of translucent , a bit like skimmed milk.

As it dries it goes opaque.  You can see below differences in sections as they dry.

Leave each coat overnight – then repeat the process again, starting by misting the previous coat with water.

It carries on getting whiter as it cures over the days. Here is a photo a month later looking much whiter.  It has made the space a lot brighter and different from the house. It’s already made the courtyard much brighter and we can now get on with the next steps – getting the large trees trimmed, putting some doors in on the left hand side of the coach house and then getting on with paving and planting.