A laundry room upstairs? surely you want that downstairs says nearly everyone. I then explain that most of our washing is bed linen, towels and clothes all of which live upstairs, the only things we wash that lives downstairs are tea towels which I can cope with carrying up the stairs. People then worry that we won’t be able to dry clothes outside, the truth is we never did, hardly a day goes by where it doesn’t rain just a tiny bit and we are under loads of big trees which drop stuff all the time. So the washing was in the utility room and we used to tumble dry everything (which sn’t cheap, or eco friendly or good for clothes).

Upstairs we had a tiny bathroom. It was a horrible bathroom only 1.5m x 1.5m and had a tiny shower it had originally been a separate toilet, but had been converted into a shower room.. It was badly built and gave me the shudders. 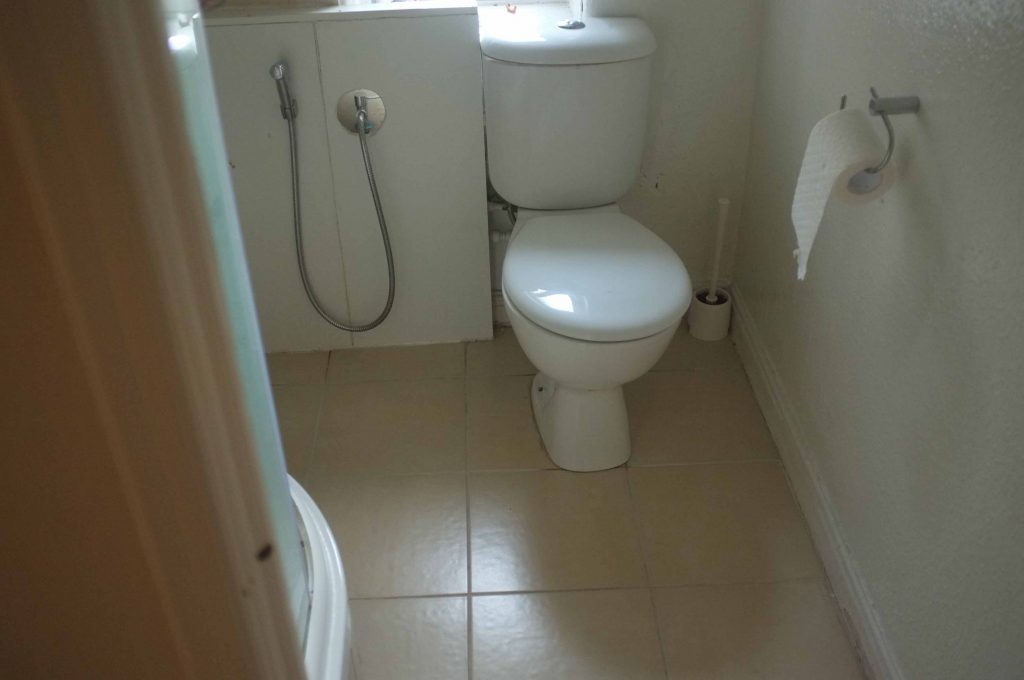 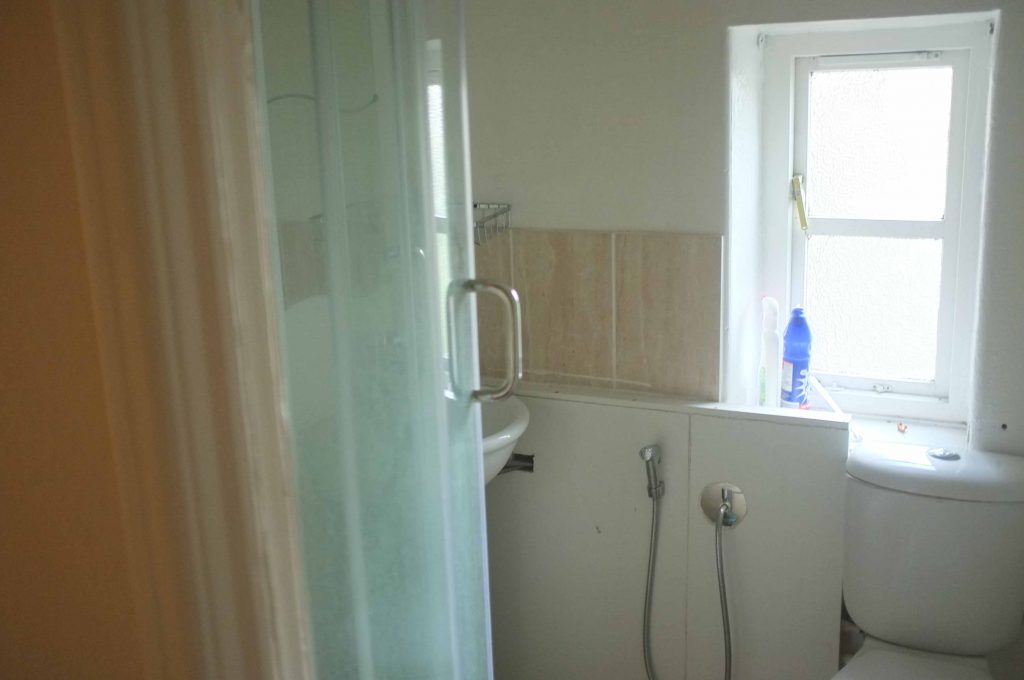 The toilet was ripped out alongside the sink and the shower, and we hacked out the tiles.

After all this destruction it needed to be replastered and the floor boarded as the toilet had leaked (urghhh) and weakened the floorboards. Craig was squeezed into the small room to plaster the walls and board the ceiling. It was at this point we also realised that the roof needed fixing, as all the eaves had rotted away. 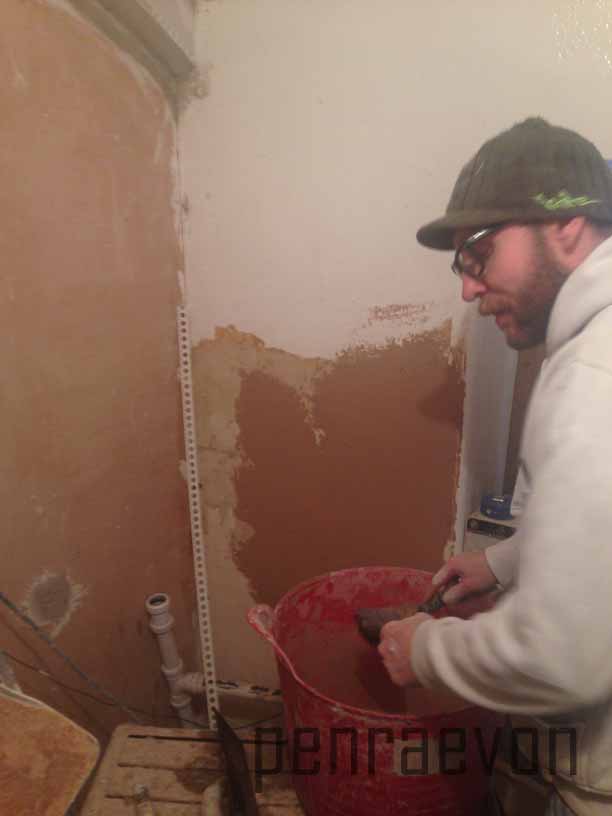 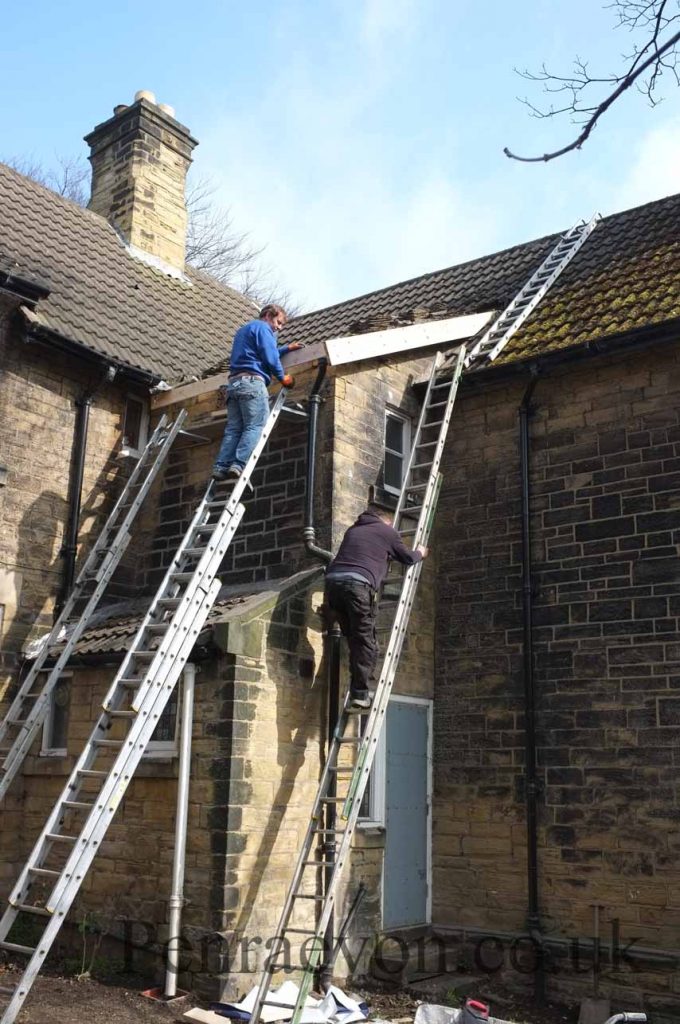 New lino put down (we managed to get a great quality off cut from the floor store in Leeds) an anti vibration mat under the washing machine, and painted the room Timble Green (hicks and weatherburn) and a drying dolly (clothes airer) put up which we got from cast in style so we can dry clothes without always using the tumble dryer. Before you worry about the tumble dryer it is a condensing tumble dryer not a traditional vented machine(see this which? guide)  you can buy an attachment which allows you to use the waste pipe from the washing machine to dispose of the water drawn out. If you had a vented tumble dryer you would need to ensure it had a window or pipe going outside. It is a tiny room and not easy to photograph but it works really well. I have put up an embroidery made by my late Grandmother Queenie and the worktop is an old school lab table complete with graffiti. 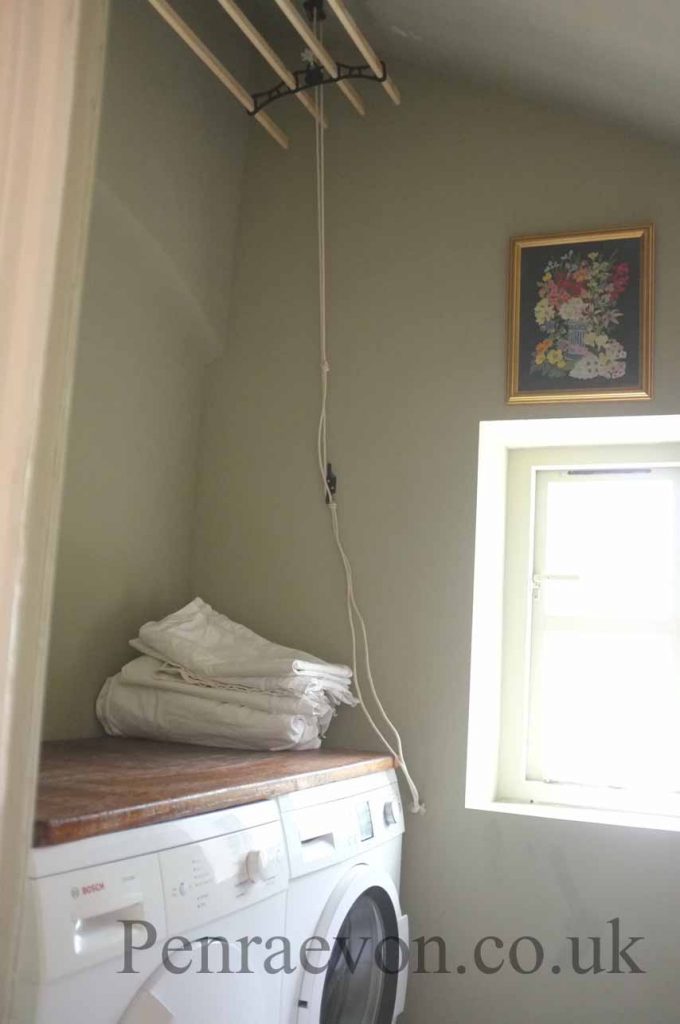 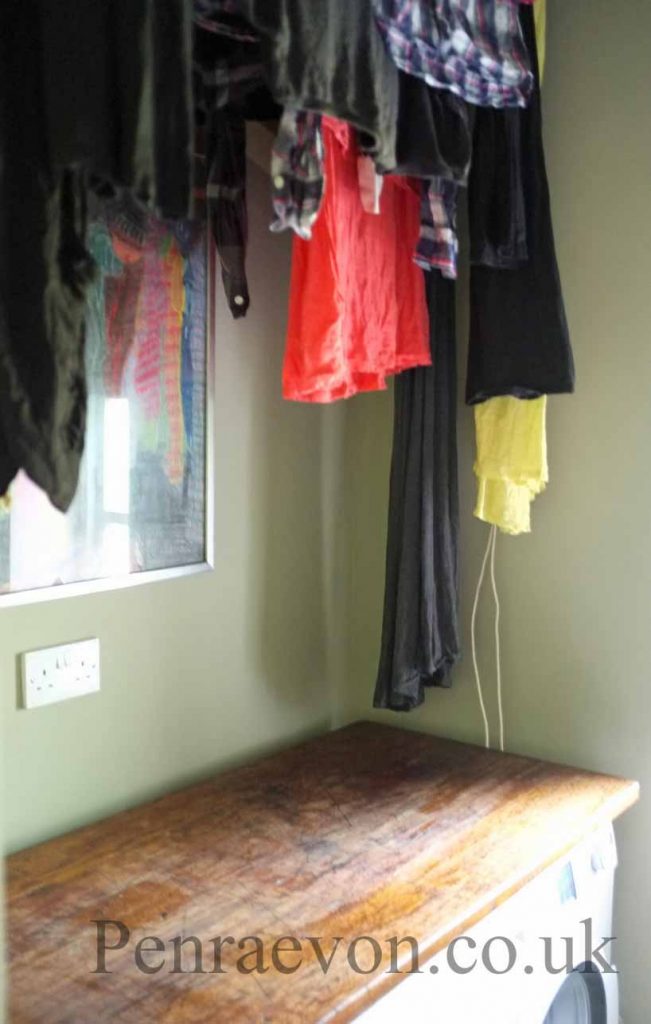