Exciting day today as we solved one of the puzzles of our house by discovering a secret wall!

It’s Christmas holidays, and so it’s time to tackle some jobs that we’ve been putting off – mainly because I think we both wanted a bit of a break from DIY namely:

Given that today it’s pouring down with rain and it’s only going to get colder we thought we better crack on with the attic.

This is the attic at the back of the house that flies over the back bedroom.  The bedroom is hexagonal and has got large slanting edges from the ceiling to the picture rail: 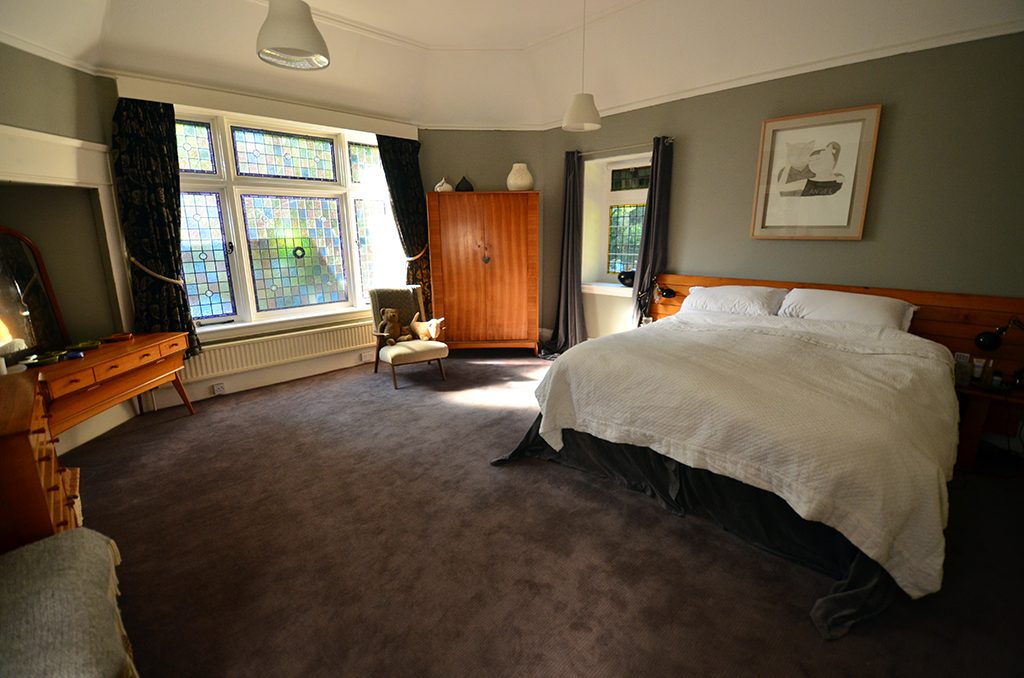 …and so the attic is a bit like an island with a moat round the edge – here I am stood on the joists that form the island.  Between me and the window (brick wall) are diagonal joists that drop down to form the ceiling edge. 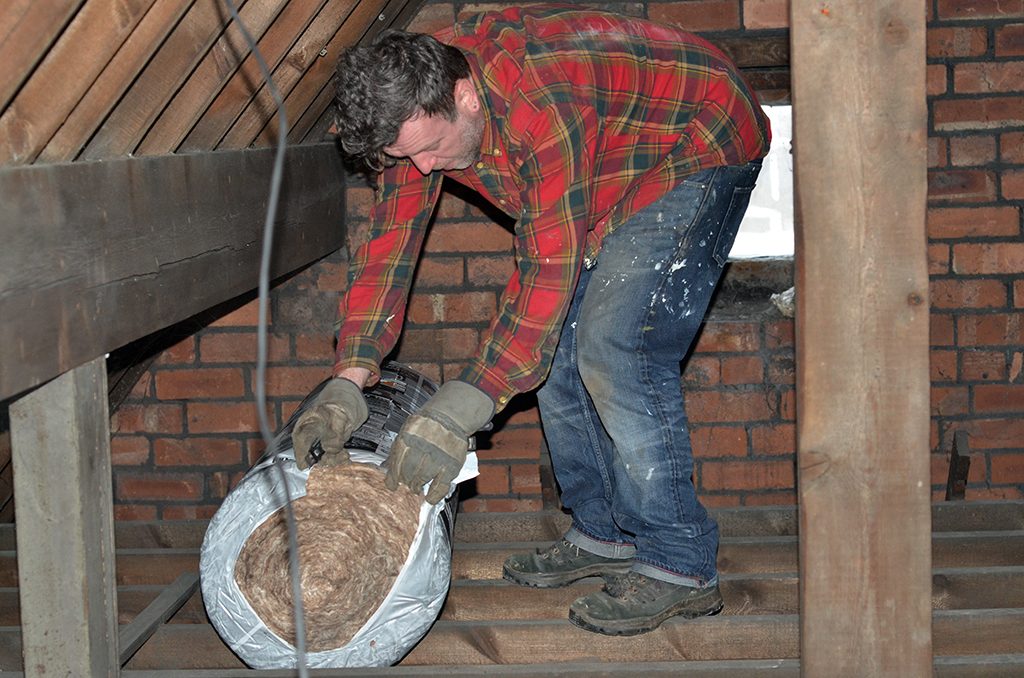 We always suspected that this part of the house had been added on after the completion of the main house.  The joinery is a bit different and there are plenty of other clues – like a large exposed beam holding it up!  Other elements are very similar though, like the design of the leaded glass windows.  We can only guess that an early occupant wanted a very large bedroom – and they got it – it’s the biggest room in the house.  See the plan below – also showing the secret wall!: 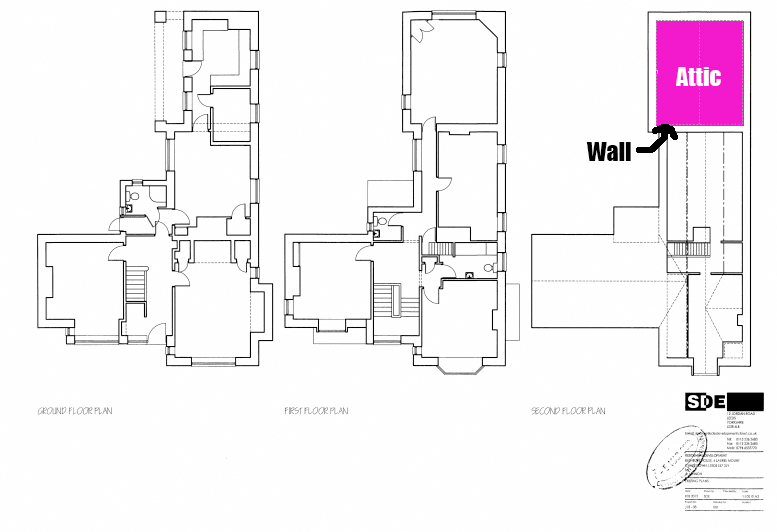 The attic is accessed through a small hole in the adjoining attic – which we now realise was originally a window – you can see another window to the right of the chimney breast (another clue!) 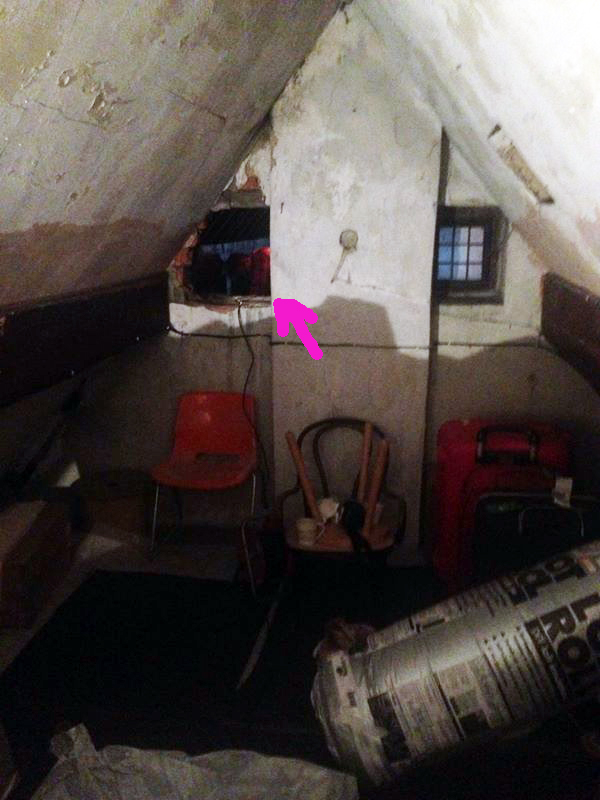 We’d never ventured further than sticking our noses through the window – so today was the big reveal – and this is what we found: 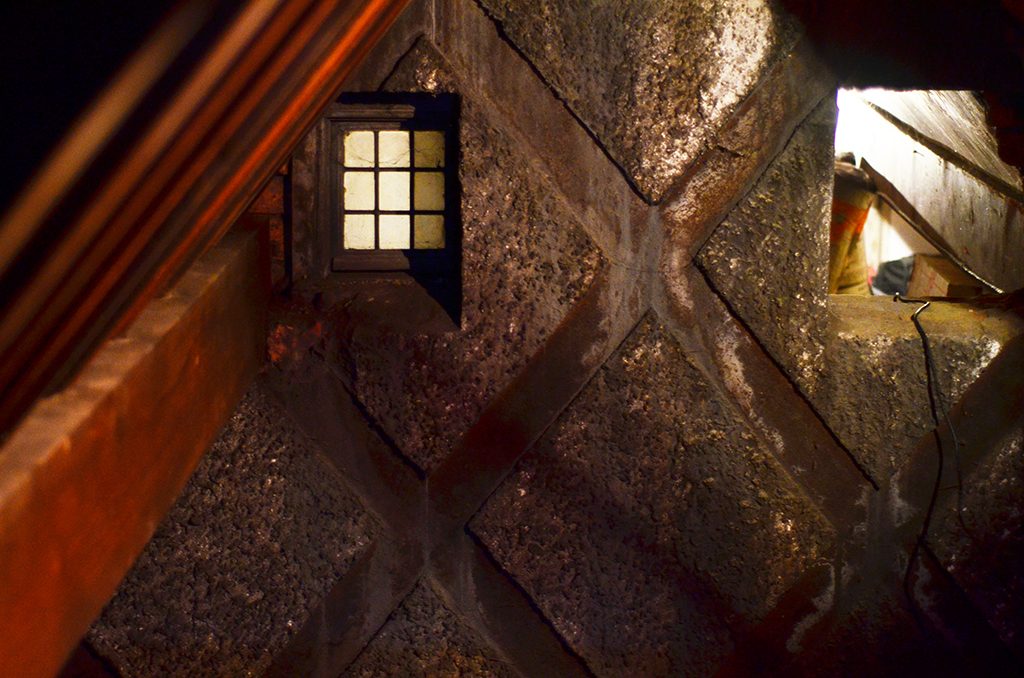 A fully rendered wall, in a diamond pattern, that has then been enclosed in the back of the house.

It’s a different design to the new end wall of the attic (on the right below) – which is just vertical and horizontal lines.

But strangely is the same design as the wall on the far side gable on the house which is also diamond patterned. 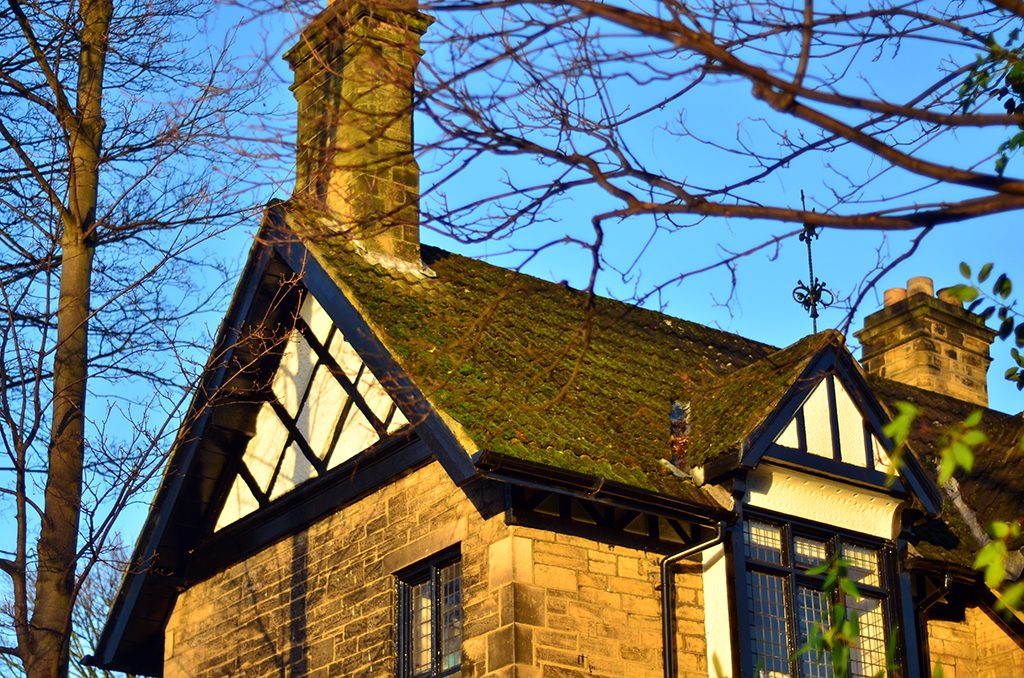 I wonder what prompted the change in heart from the diamonds to the more conventional pattern that is also on the rest of the house – The diamonds are really pretty gorgeous!

On this picture you can also see our weather vane (needs repairing), and our only bit of exterior stucco work….go on then, here’s a close up (It was particularly good light this morning!) 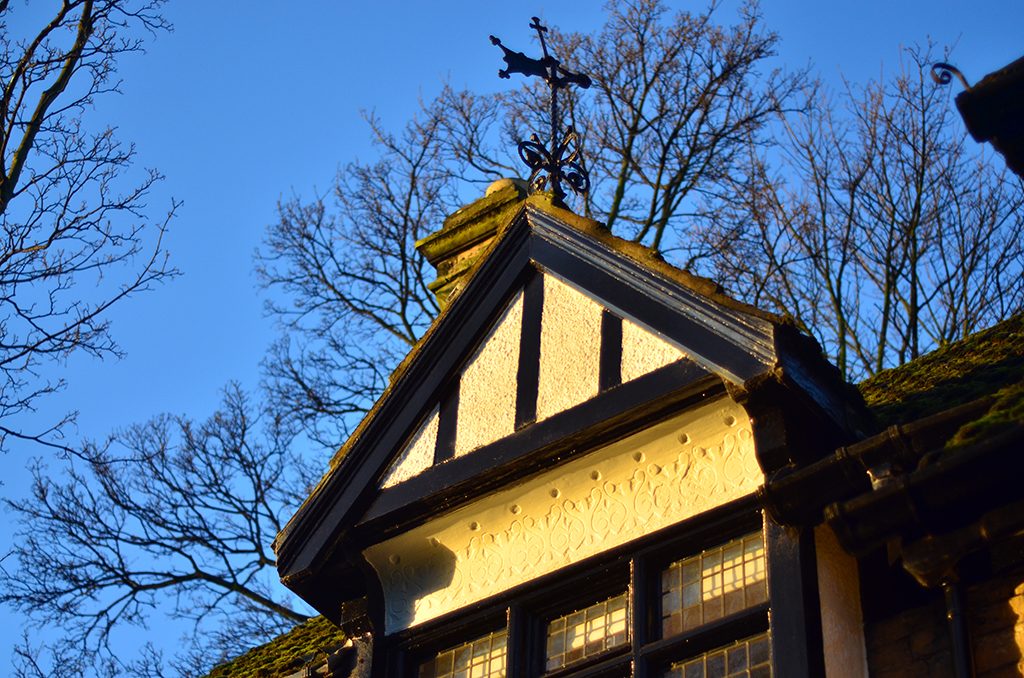