Where do you find a Stonemason?

Our gateposts are big solid millstone grit posts which are crying out for the name of the house to be carved into them. They do show the scars of once having the name Penraevon on them, there seems to have been a plaque with lead letters, and you can make out the cement and the fixing posts. We wanted the house name on the gateposts, but hadn’t really thought about how to go about this.

Here’s the remnants of the original lead lettering.  It’s interesting that because the house was renamed later than it was built, the font used for the engraving is MUCH more Arts and Crafts than the architecture of the house itself which is Domestic Revival.  There is another carving of the house name over the porch which is even more whimsical (more about that later). 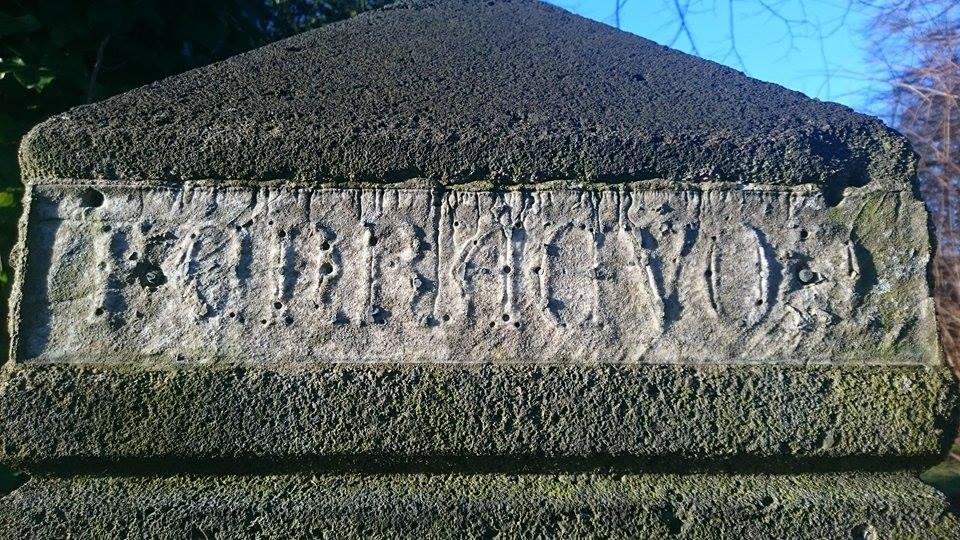 When we were up at the quarry at Golden Acre Park picking the stone for the hearth. Whilst waiting they showed us some of their recent work including engraved memorial stones. An idea struck me, they must have a stonemason on site. I asked if they would be able to engrave our gateposts, certainly they said they we’ll get Ben the stonemason to come and take a look.

Ben, decided that the best thing to do was to remove the gatepost caps and to take them back to his workshop to chisel out there. Supposedly it is easier to chisel out stone when it is lower rather than when it is above you. 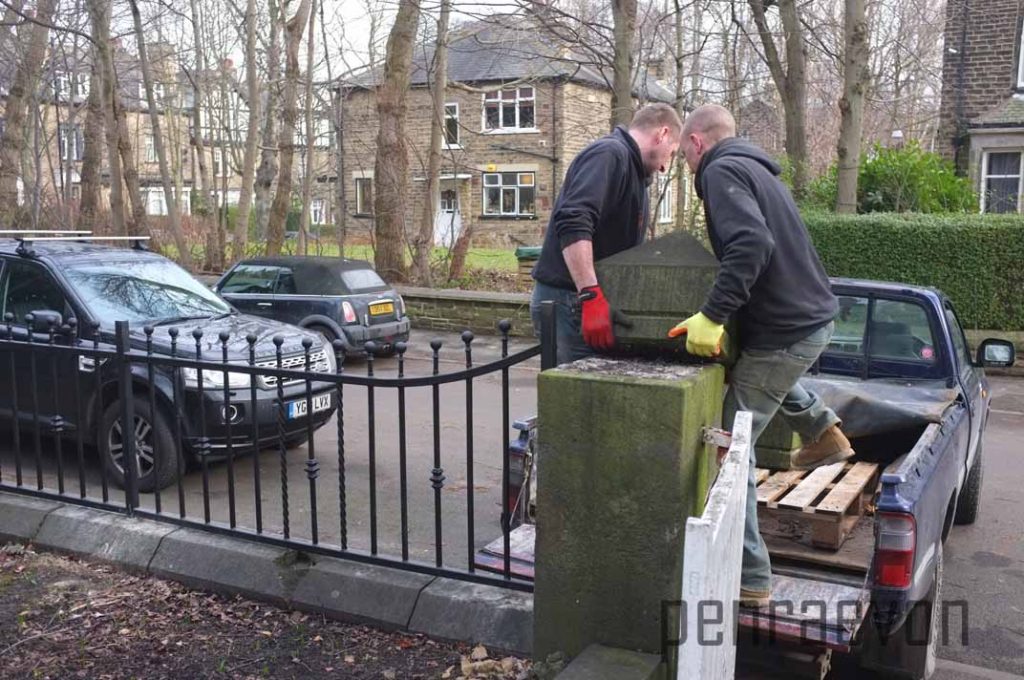 He arrived a week later with his mate and they removed the caps, which must have weighed a ton. 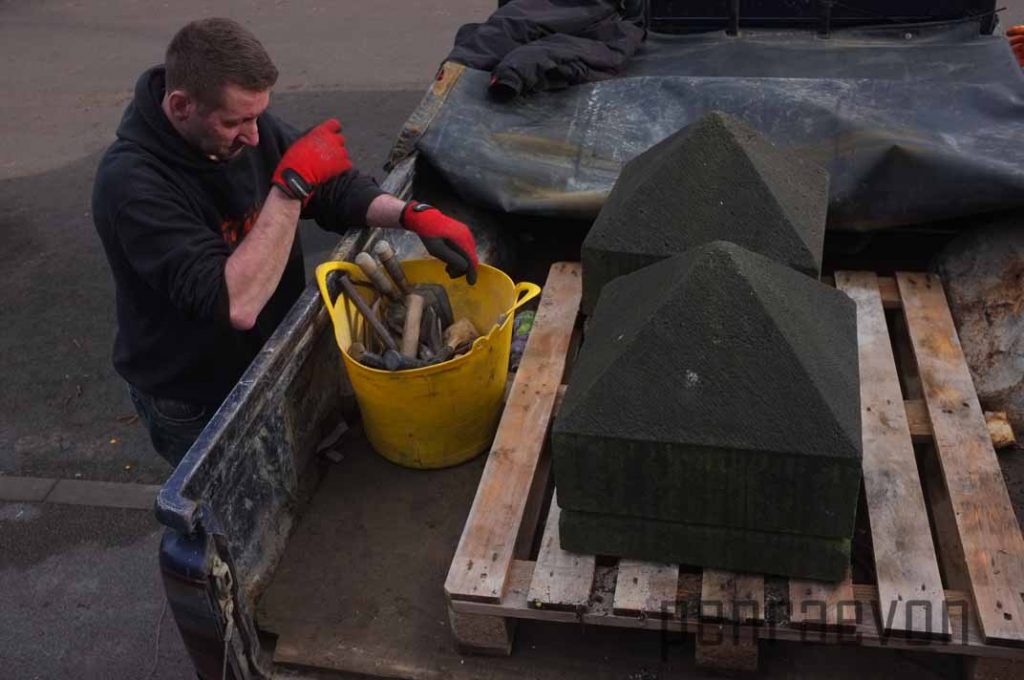 The caps are back, the gateposts look great with their caps back on, and now they have the name engraved into them too. 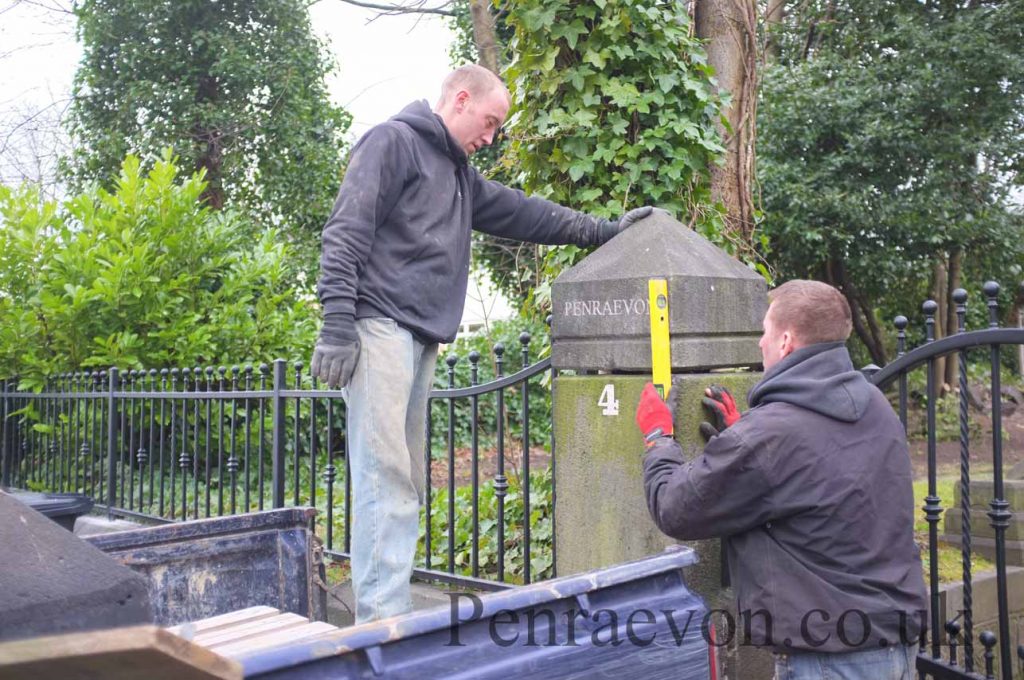 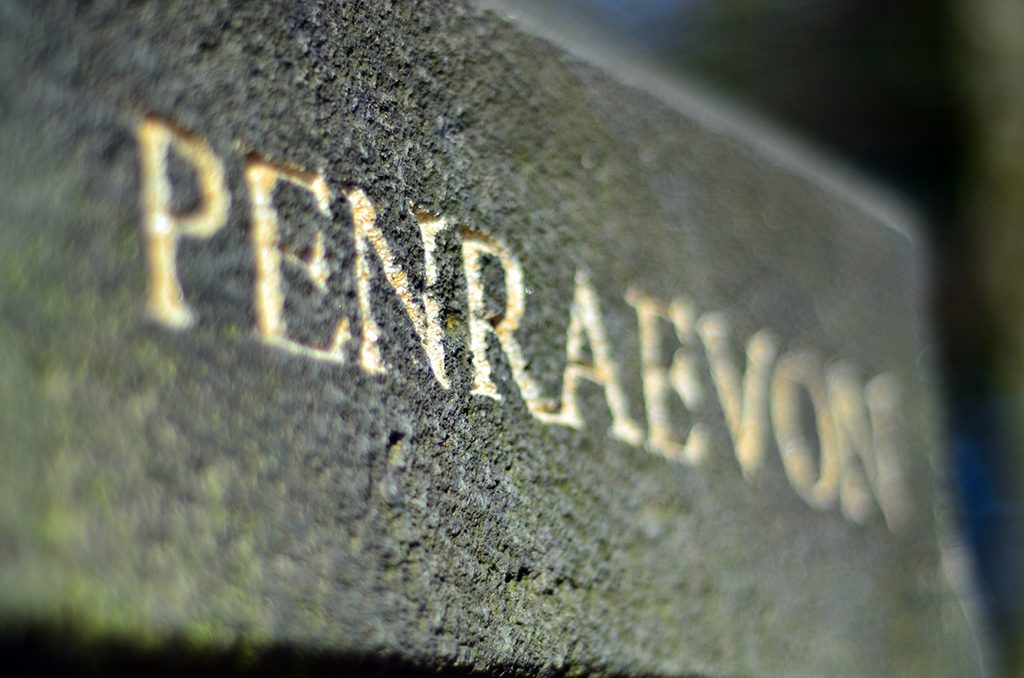