Many problems in old houses can be traced back to roofs. Leaking felt, missing tiles, holes in the leading, corroded drain pipes, blocked guttering, the list is endless.  It’s amazing how many different problems a small roof can cause!

Our porch roof was looking very ropey. Underneath the porch roof was clad with cheap chipboard, half falling down covered in mildew, our outside light was a dangerously wired Ikea interior light. The drainpipe had leaked causing damage to the porch window, the roof line was bowing and had been built up so it is was higher than the bottom of the windows on the stairs, which had caused them to rot too. It had also caused some historical problems with water getting into the corner of the drawing room causing skirting boards to rot and plaster to spall off walls.  It needed to be sorted before it caused any more damage.

When we took the chipboard down we revealed the full horror of the porch. 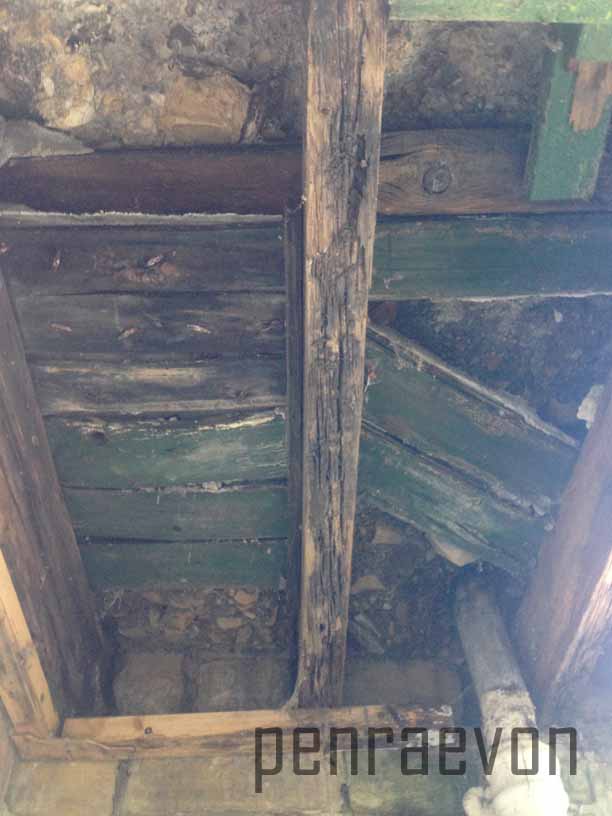 This style of construction of Victorian flat roofs is well known to cause problems.  The Victorians built concrete flat roofs with inset cast iron drain pipes, which then have a tendency to fail through corrosion or getting blocked with debris (you can see the inset white drain pipe in the picture above).  This in turn causes people to attempt patch repairs as the roof starts to show signs of wear and tear.

The upshot of 100 years of repairs is that you end up with an overly built up slab of very heavy concrete (we had five layers of repairs) being supported on the original joists which were also rotting due to the failure of the drain pipe.  Some people have asked whether the original roof was built of stone – no – just layer upon layer of concrete!

We needed to demolish and rebuild this porch roof before it caused any more problems.  It wouldn’t be desirable to do a restoration of the original flawed Victorian construction technique (times have moved on).  We really only had three options; felt, metal or fibreglass.  Most roofers nowadays will opt for fibreglass as it’s easy to install and maintain and actually more durable than the felt or metal (zinc) options.  We decided to replace it with a fibreglass roof. 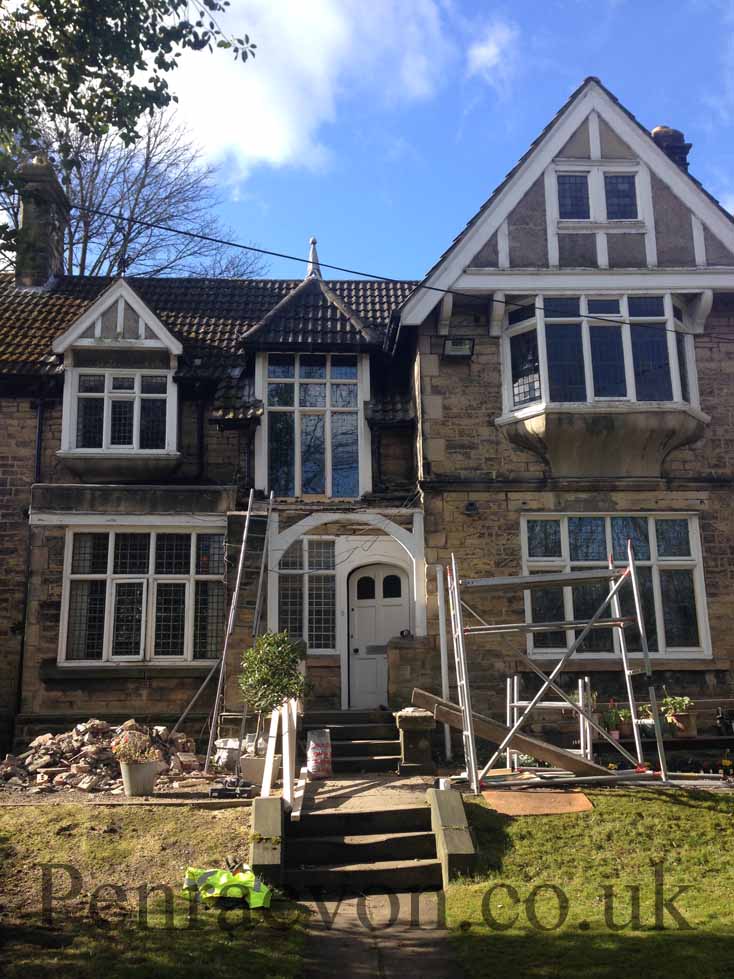 The fibreglass roof can also be made much thinner and lighter which has enabled us to drop the roof line down a foot to where it was originally (if you look at the stone detail work you can see where it was and where it is now). 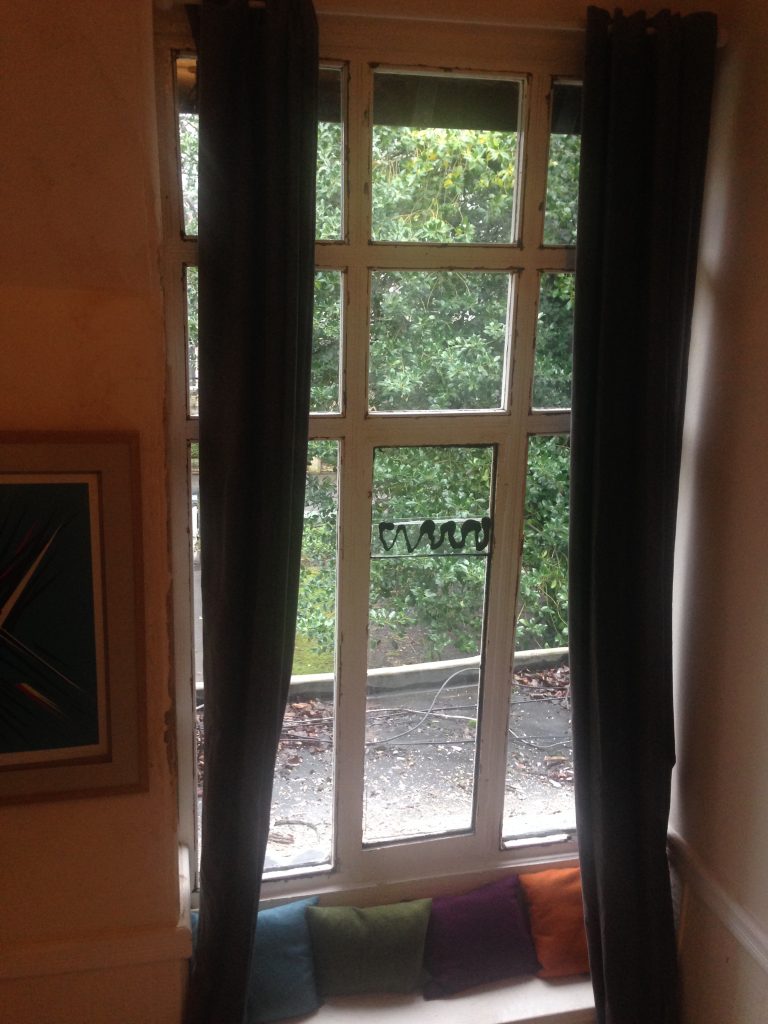 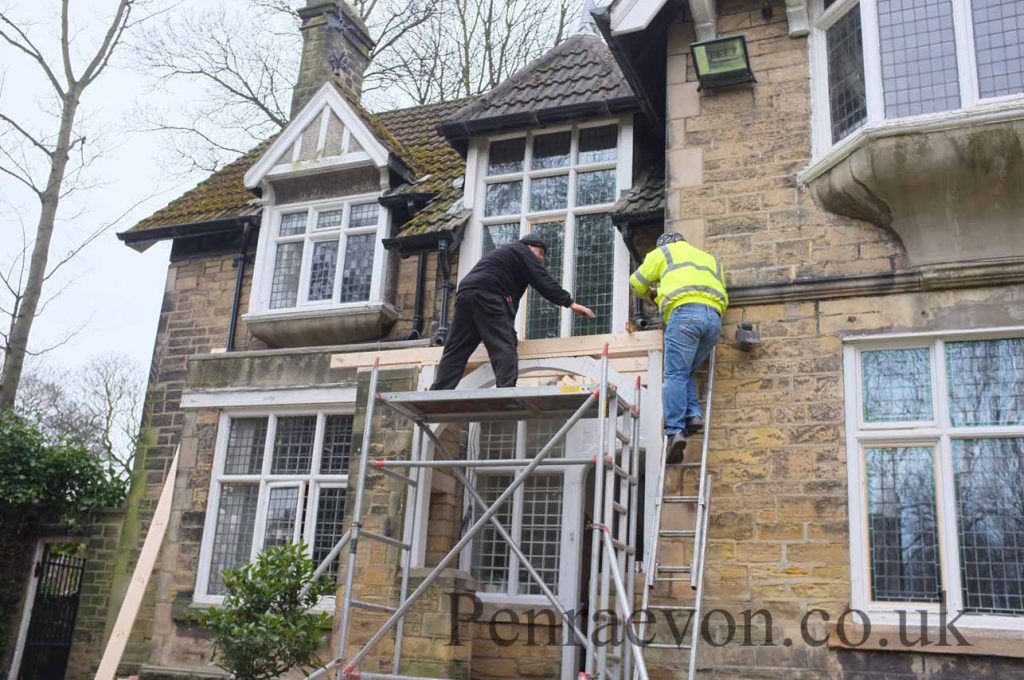 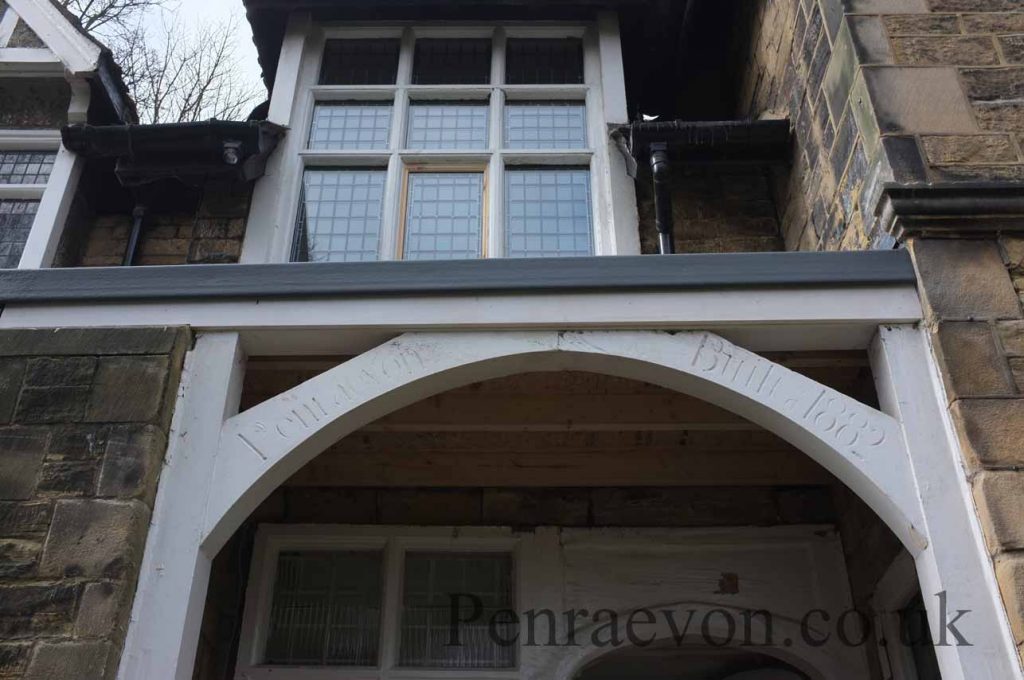 The porch roof looks a bit tipsy as it drains to the left, we could have had it draining forward which would then have looked straight but then we would have had to have had guttering running across the front of the house (ugly), it is always a compromise! We decided to have it drain to the left, which means you don’t see the guttering. We will see what it looks like when all painted the same colour (black) and if we are still not happy we can put up barge board to cover. 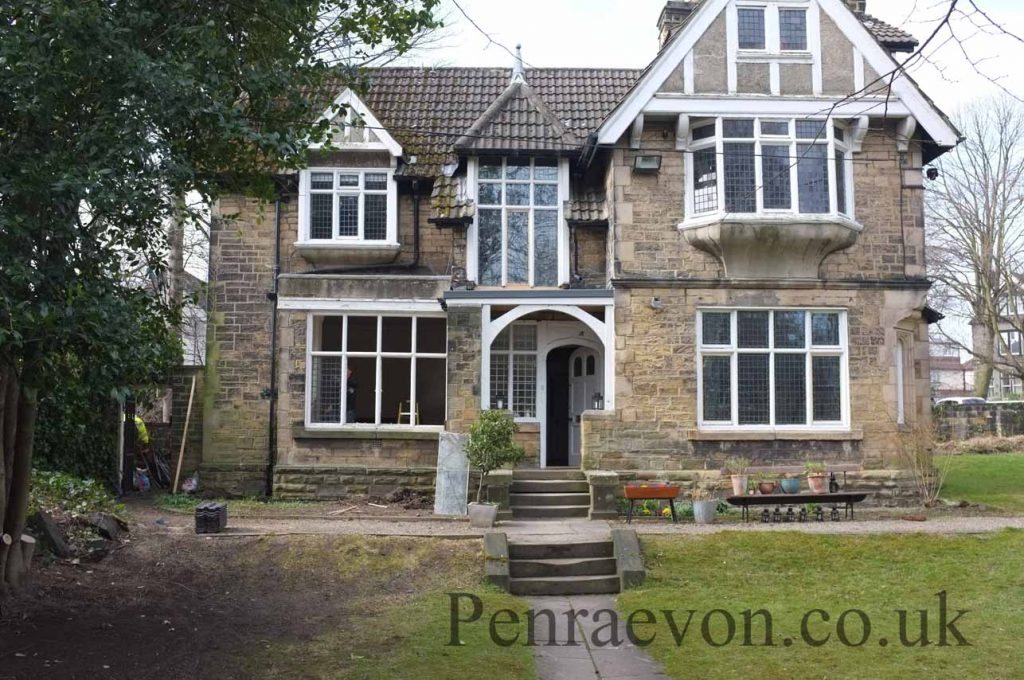 The completed porch roof did bring our attention to the other bay window flat roof which again did look as if it had been built up over the years, but that’s another story for another day.