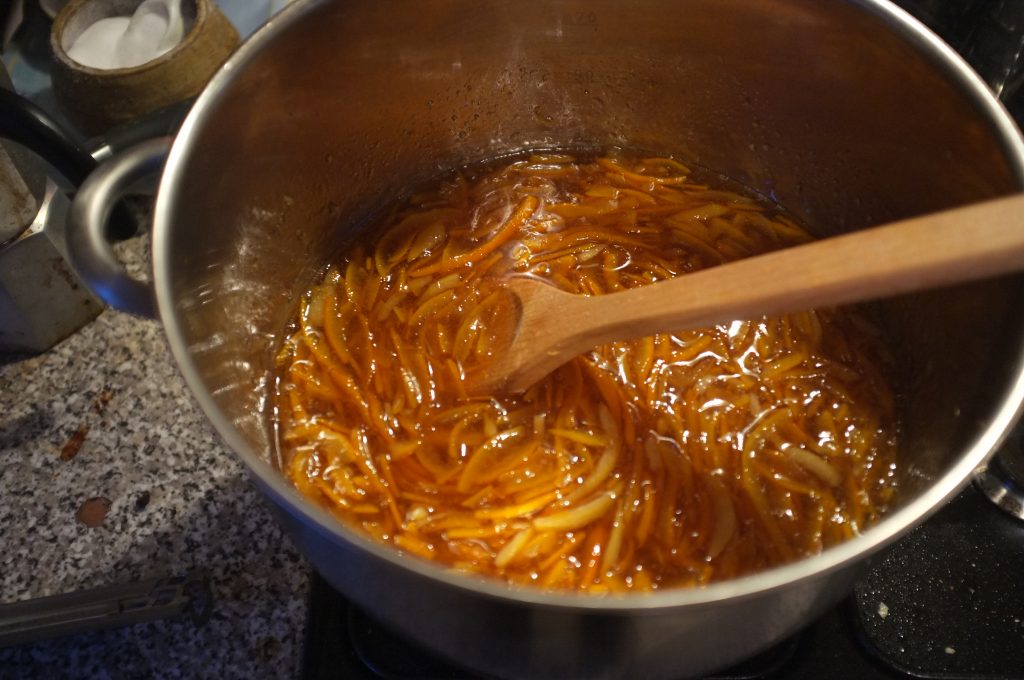 This is a touchy one as everyone likes their marmalade slightly different. I like a tangy, fresh, thin slice in a deep gold jelly, so if you do too then try my marmalade recipe. From inexperience, laziness and bad luck I have made chunky, heavy set, dark set and unset marmalade but have now settled on my preferred method. I always feel that maybe I could add other flavours like ginger,cardamom or whisky but I am too precious about my marmalade to change. I would never buy a Whisky Marmalade or a Ginger Marmalade so why would I make it?!

I have tried the quick method where you put soft boiled Seville oranges in the food processor and chop to a paste but i thought the resulting Marmalade missed that jewel like quality of Seville orange shreds set within a quivering jelly, instead it was one opaque colour. I have tried Delia’s method of boiling the Seville oranges then shredding but i found it too messy, but each to their own.

Top tips –  I have learnt along the way

So here is my marmalade recipe

Cut the oranges and lemons in half and squeeze the juice into a large pan. with your fingers scrape out the remaining flesh and pips and put in a muslin bag and add to the juice. Take the left over skins and slice thinly (no thicker than a matchstick) and add to the juice. Pour in 2 litres of water to the juice and leave overnight for the skins to soften and the pectin to be released helping the marmalade set. 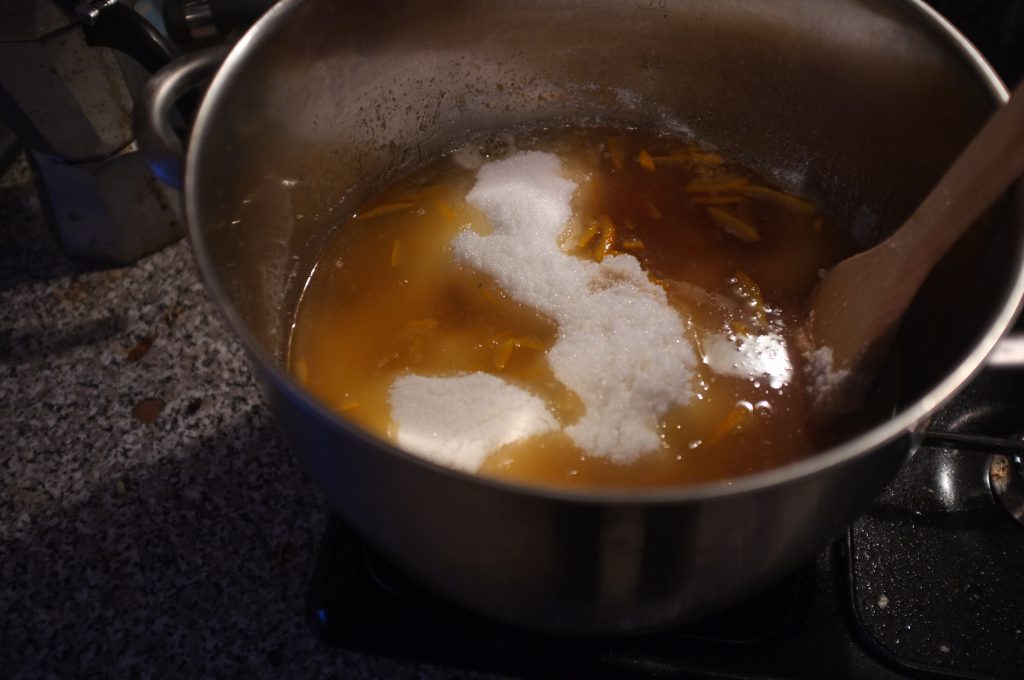 Next day bring the pan to the boil. Lower the heat and simmer for about 2hrs until the peel is translucent. Remove the bag of pips and pulp and measure the level of liquid left there should be about 1 litre if less add more water, if more boil for longer. Add the sugar and wait for it to dissolve before stirring, then turn the heat up and bring to a boil. Boil hard for 15/20 minutes or until the temperature reaches 105c / 220f.

Allow to cool slightly and then ladle into sterilised jars