We are destroying our current kitchen. It had been cobbled together and needed to be cleared away to start again. At first glance it looked okay. The walls were neutral, the worktop was speckled grey, the cupboards were cream/beige and the floor tiles were cream. The reality was the walls were covered in tiles and woodchip hiding all the architectural details. The cupboards had individual locks on from when they had been a staffroom. The tiles were laid on top of lino which was covering up the beautiful original quarry tiles.

Added to this there were pipes going everywhere, no plug sockets a boiler, a magna clean and the biggest gas meter you had ever seen. The only way to sort this situation out was to destroy it.

I have discovered that I quite like smashing things and stripping them back. I much prefer it to the patient detailed work, but my oh my do you need to have faith and it is back breaking. We are doing all the manual labour, only when it is beyond our skills do we get anyone in. It often looks worse before it can look better. So if you want to see some kitchen horror shots before and after, take a look.

The first thing that was on our Kitchen destruction hit list was the floor. This is covered in far too much detail in the other posts about how to restore a quarry tiled floor. See it is a plain large tiled cream floor, nothing wrong with that but now look at it. 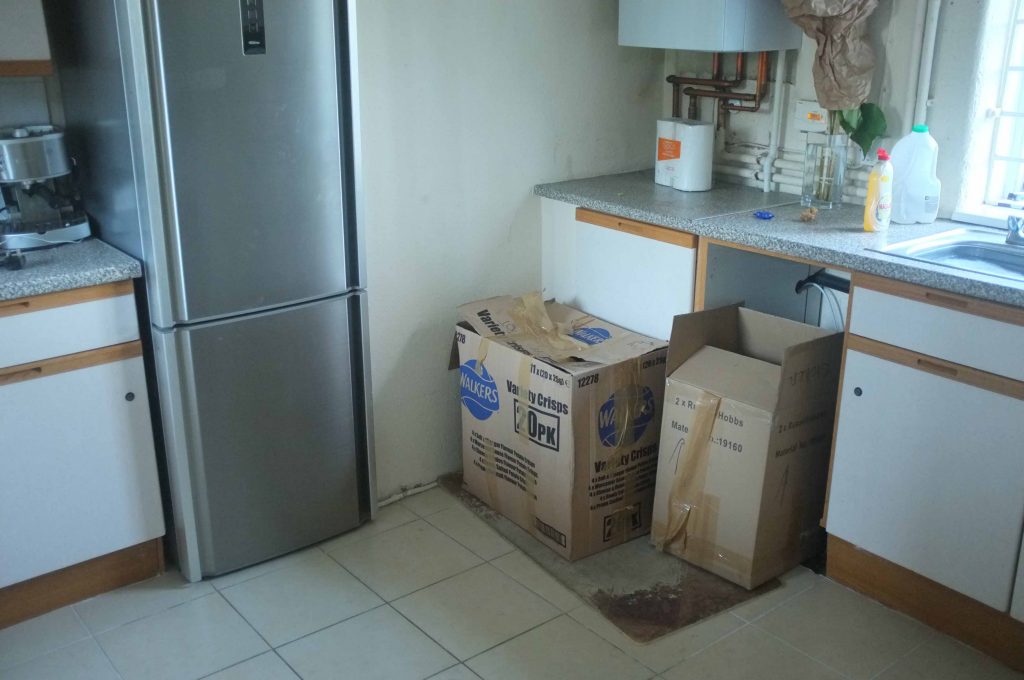 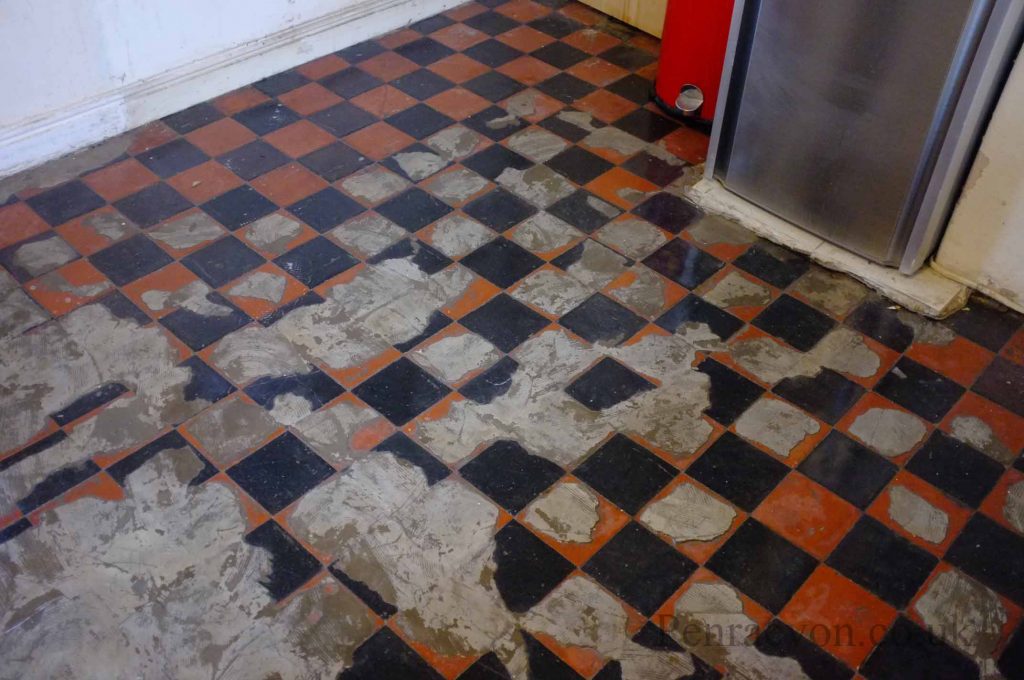 Our destructive eye was then turned towards the kitchen units. First to go was the corner where we needed to knock a new door through.

Before – boring but sane 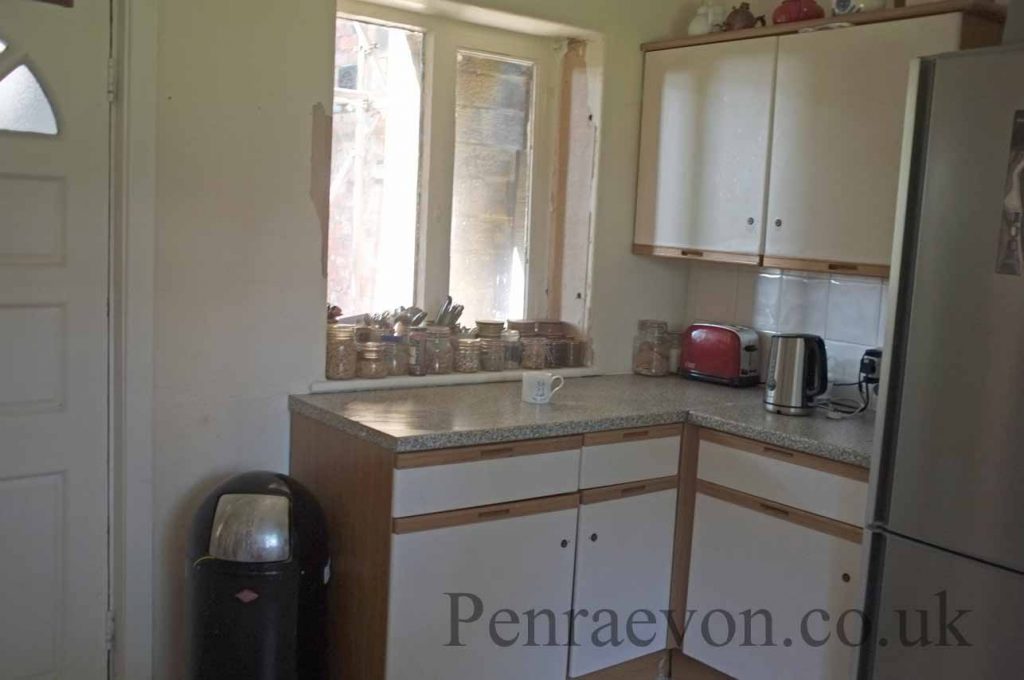 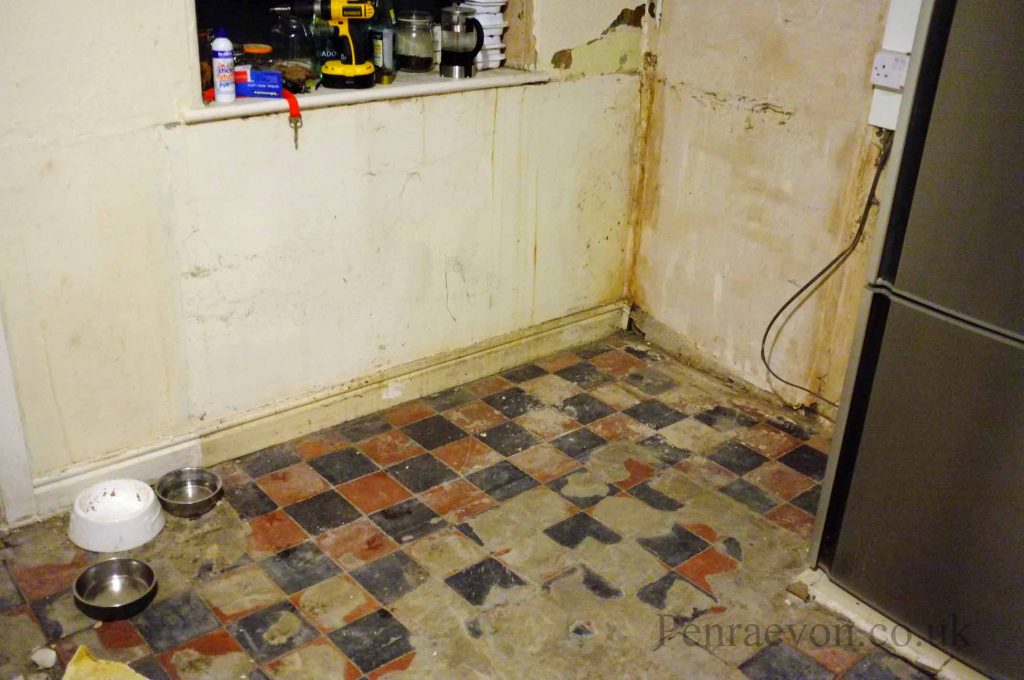 We also have a new door 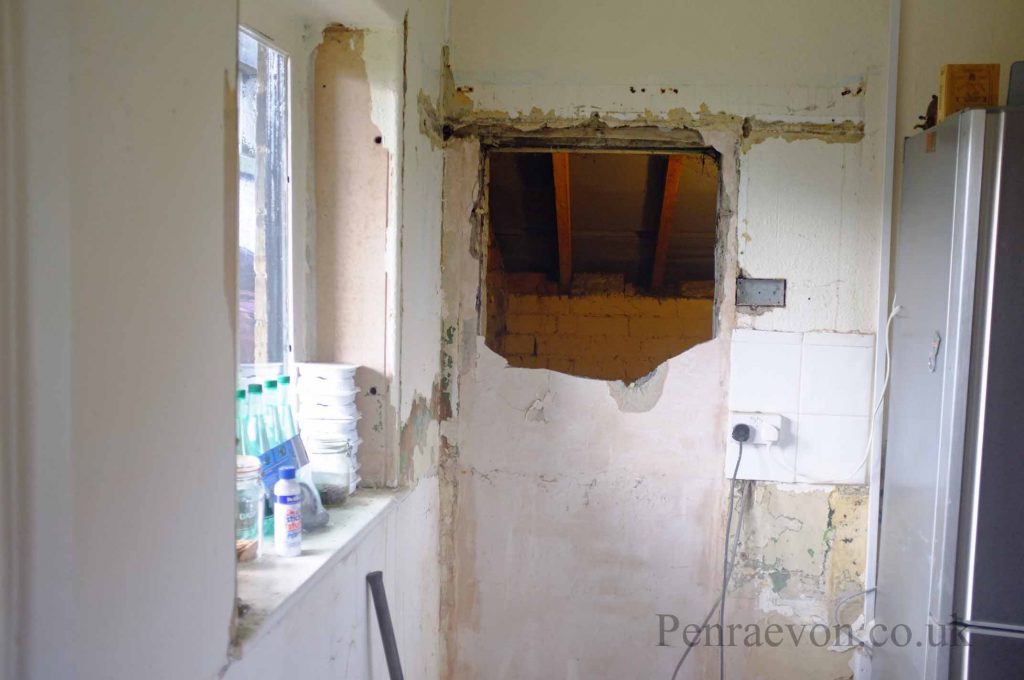 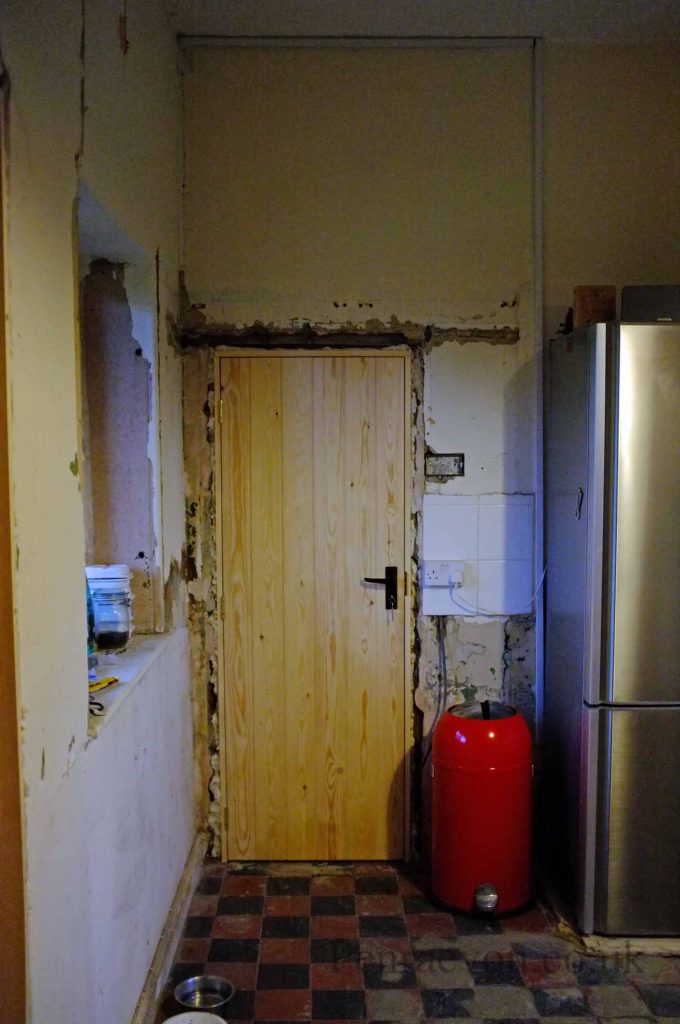 Gosh the kitchen is looking better already I am sure you are thinking! but wait there is more. The boiler in the kitchen needed to be moved – for once this does look better. Who am I kidding it looks horrendous. 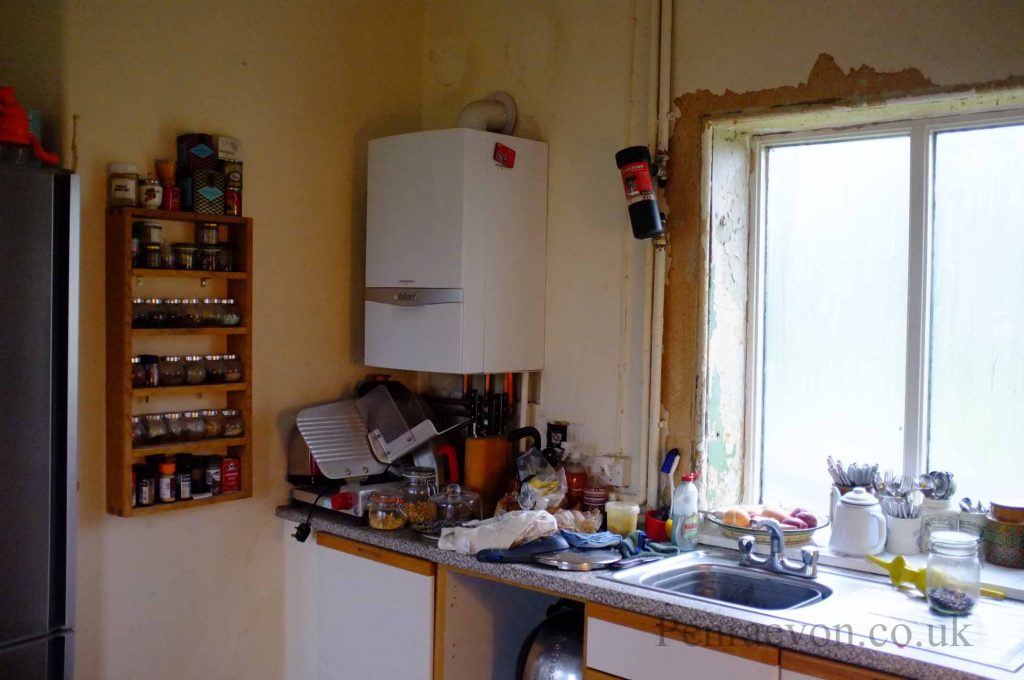 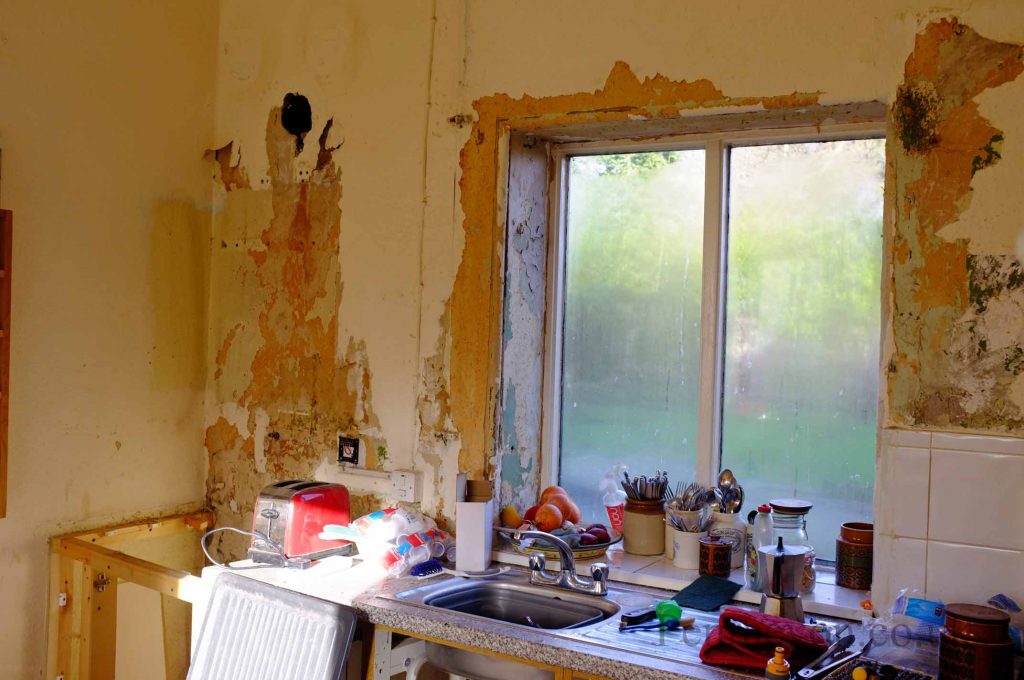 but it gets better because we then took out these units too. 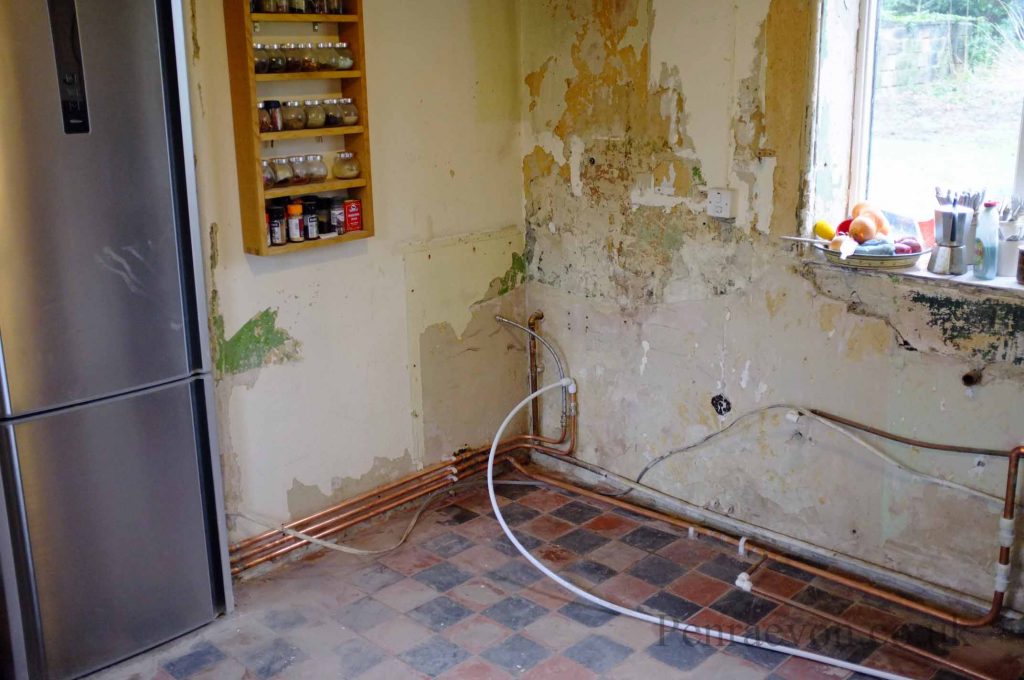 Now it was the time to turn our attention to the woodchip wallpaper. This was not going to be an easy job but with heavy duty scraper I set to work. I will put up some more horrible photos of the kitchen later in the week!

This lot below is all ready to be moved out once Northern Gas Network(not my Gas supplier but my gas distributor, they are the only ones allowed to move my meter)  give me a date. The gas boiler is being moved from the inside to to a semi concealed meter unit outside. Surely this will look better 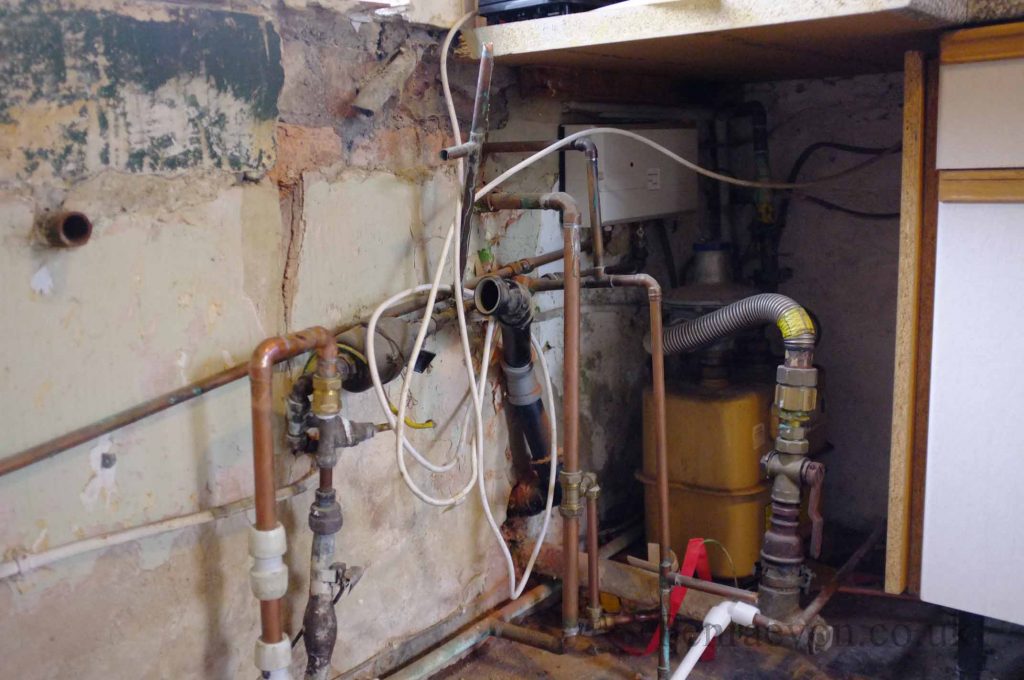 Before – Old back door. White and neat with door trim 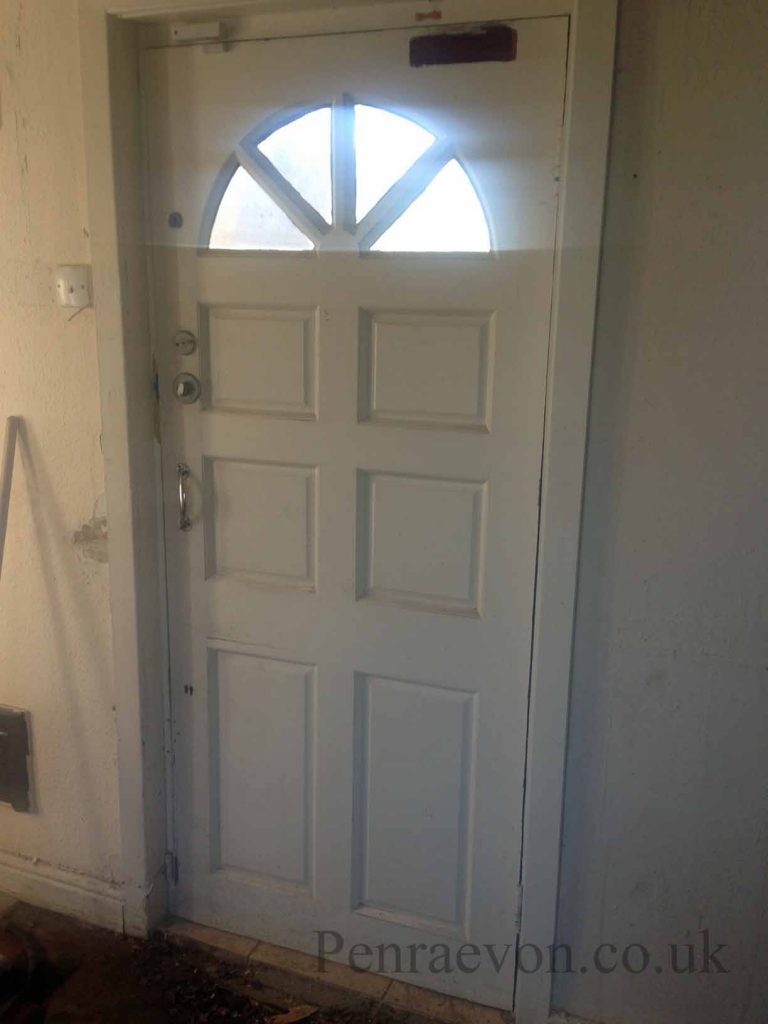 After – new back door, with no trim and gaping bricks 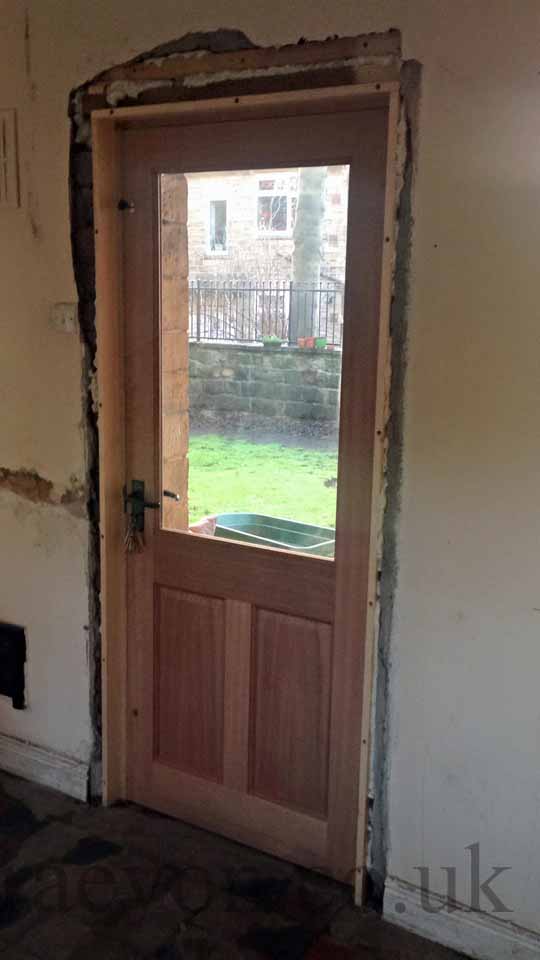 Here is a 3d vision of what the space will look like, once we have stopped destroying things and started rebuilding. The skeletons are just there to illustrate us – we won’t actually have skeletons! 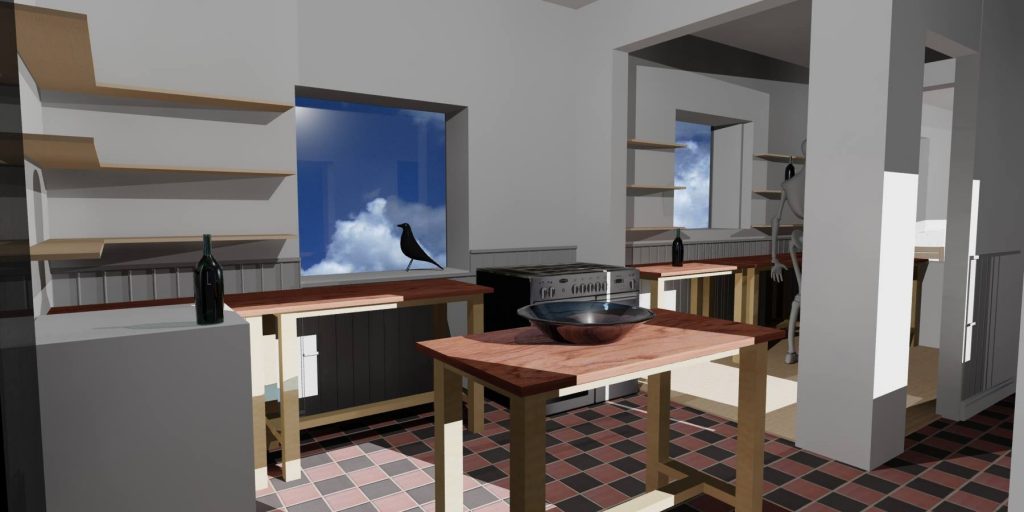 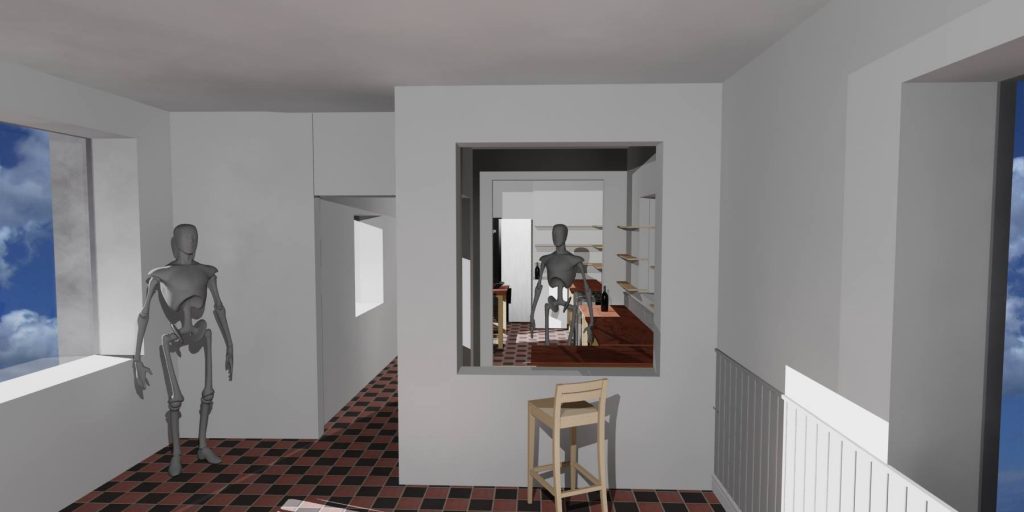 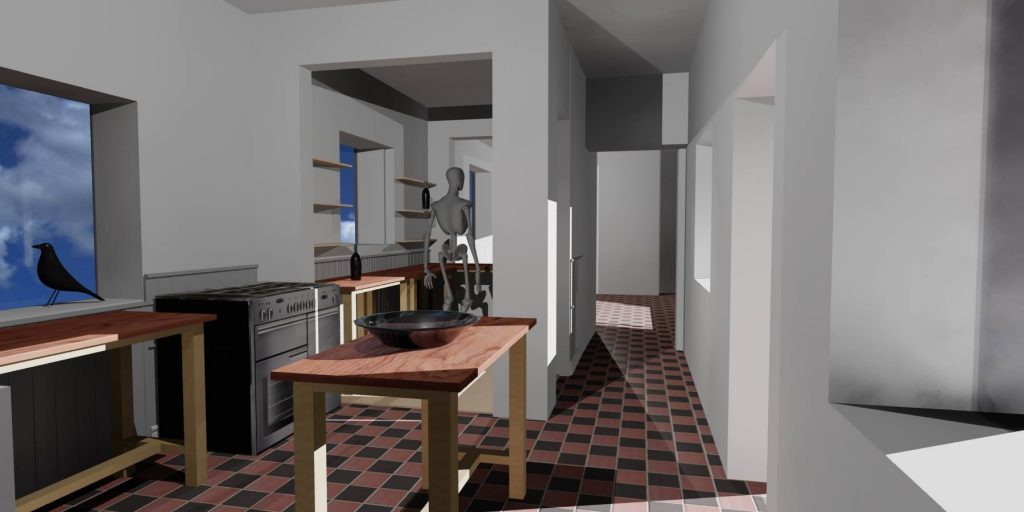