We are about to start work on the garden room. When we moved in this was our temporary living room for Christmas. It was the best room in the house, but was still a disaster. The fireplace had been taken out and bricked up (you can still see the vague outline on the wall of where a large fireplace with overmantle would have been. The electrical sockets were all surface mounted and linked and there was ugly trunking round the bottom of the wall. The carpet had been taken by the previous tenants so the floor was bare. We had hoped we would have lovely floorboards but at some point most of the floor had been replaced with new different width boards. There had also been some problems with the bay window roof,  the ceiling had been patched and the ornate plaster work had blown. 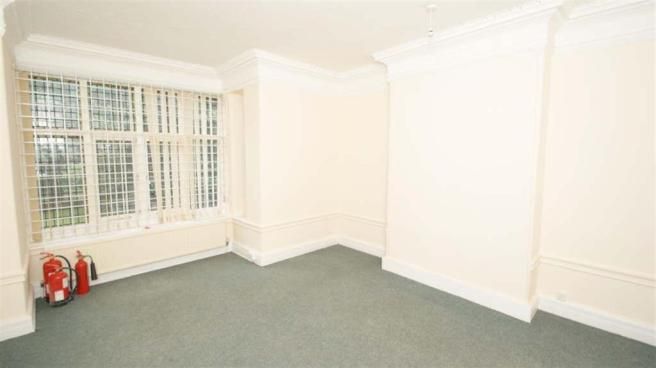 The tenants previously had tried to make it less office like with a giant mural, which didn’t come off as easily as we hoped. 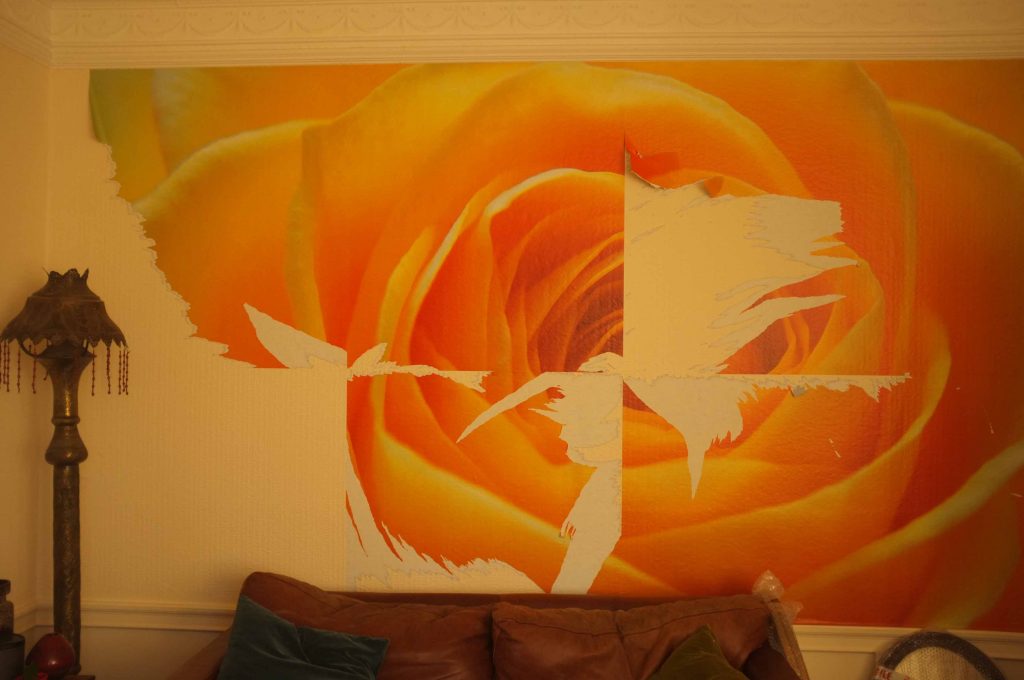 We hung a curtain pole up with cable ties on the bars at the window and tried to make the room as cosy as we could, and peeled off the flower mural. We shoved all our furniture in here and put down all of our rugs to cover the mismatched floor. 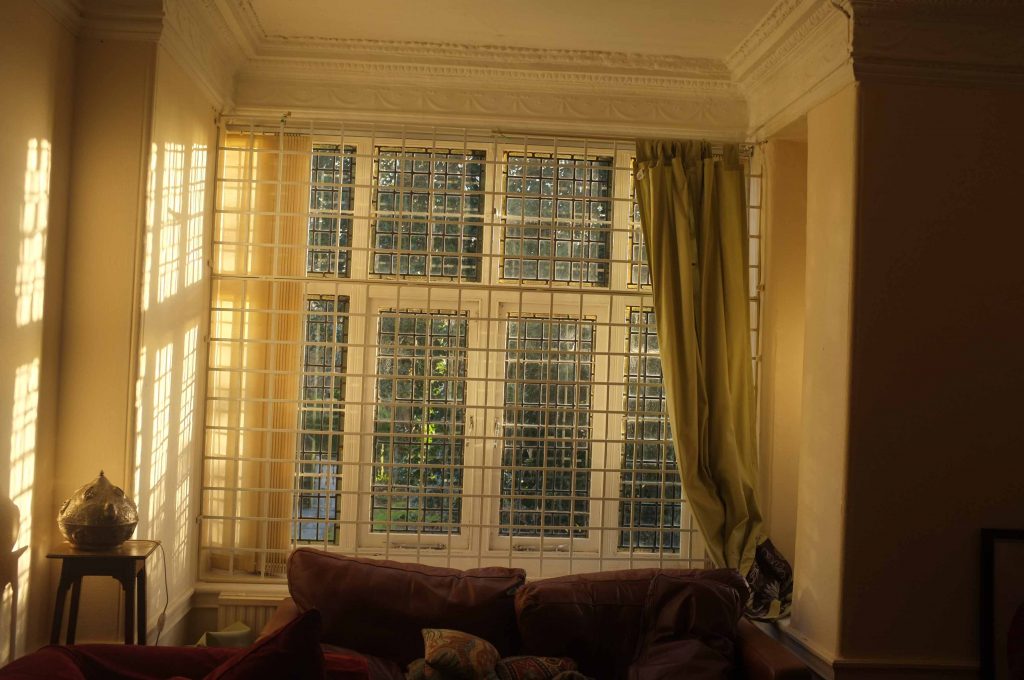 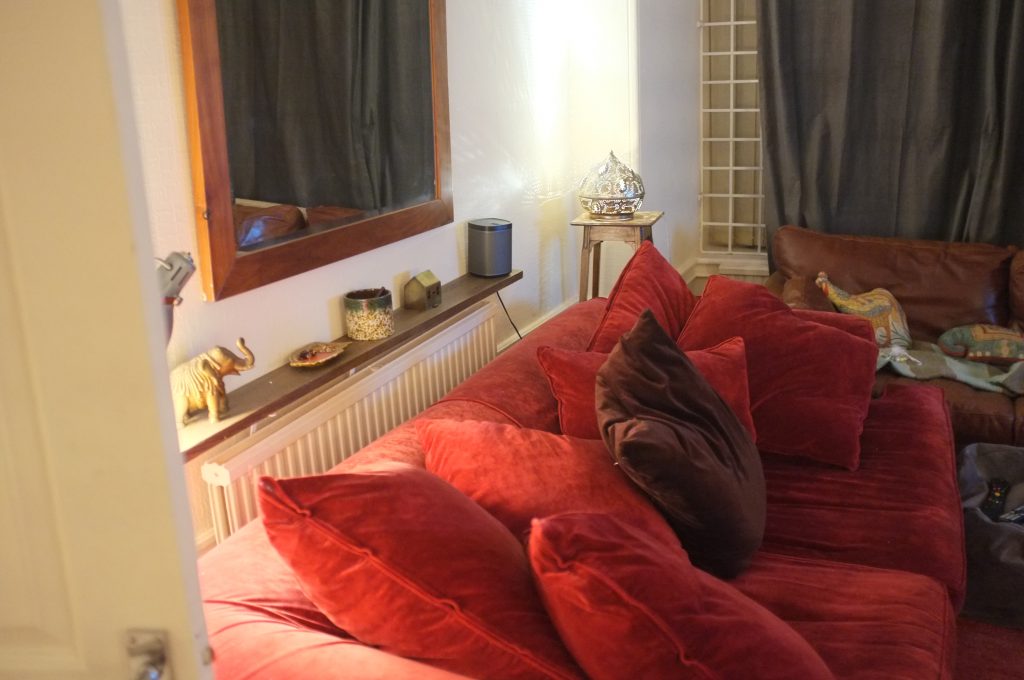 Now we have finished the drawing room we have moved into there and the garden room has been stripped ready to be transformed. We have chased in new sockets, taken the radiators off the wall and we are ready to go.