We needed to put in a hearth for the fireplace in the Drawing Room. As the house is stone built we thought it would be good to reflect this inside. Our house was built from local sandstone or millstone grit as it is often called, and although the quarries nearby have closed there is still one a few miles up the road in Bramhope (next to Golden Acre Park where I walk the dog every day). Mone Brothers have a variety of stone but the one we chose was Bramley fall which was also used to build Kirkstall Abbey  (a Cistercian Abbey in Leeds).

The hearth arrived a week later, delivered to the door it weighed 120kg. We struggled to get it in the house using brute force and a set of furniture moving wheels (£4.99 lidl) 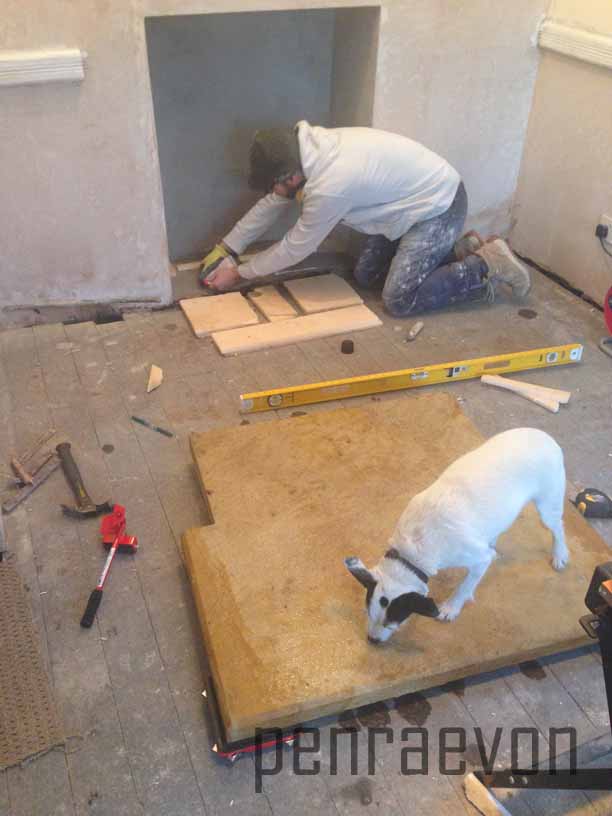 The Joiner had asked us to set the hearth at a height of 24mm above the floor so we could run the new flooring underneath the hearth. Using a stiff sand and cement mix and three attempts we finally managed to get it in place, level and at the right height.  The dog loves it! 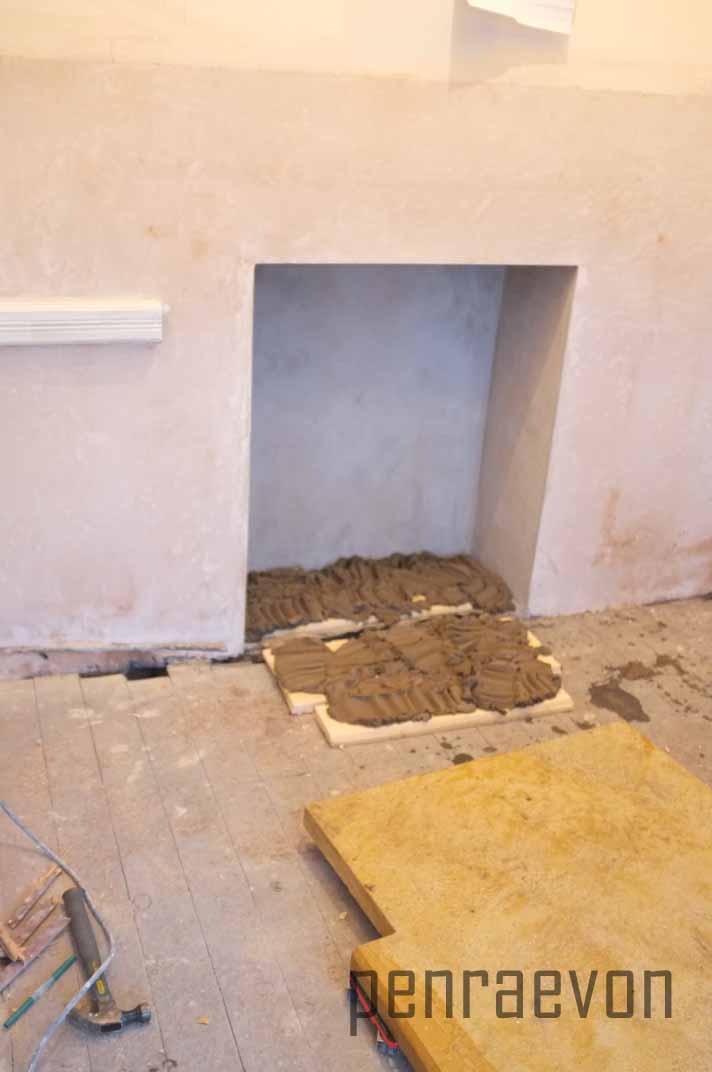 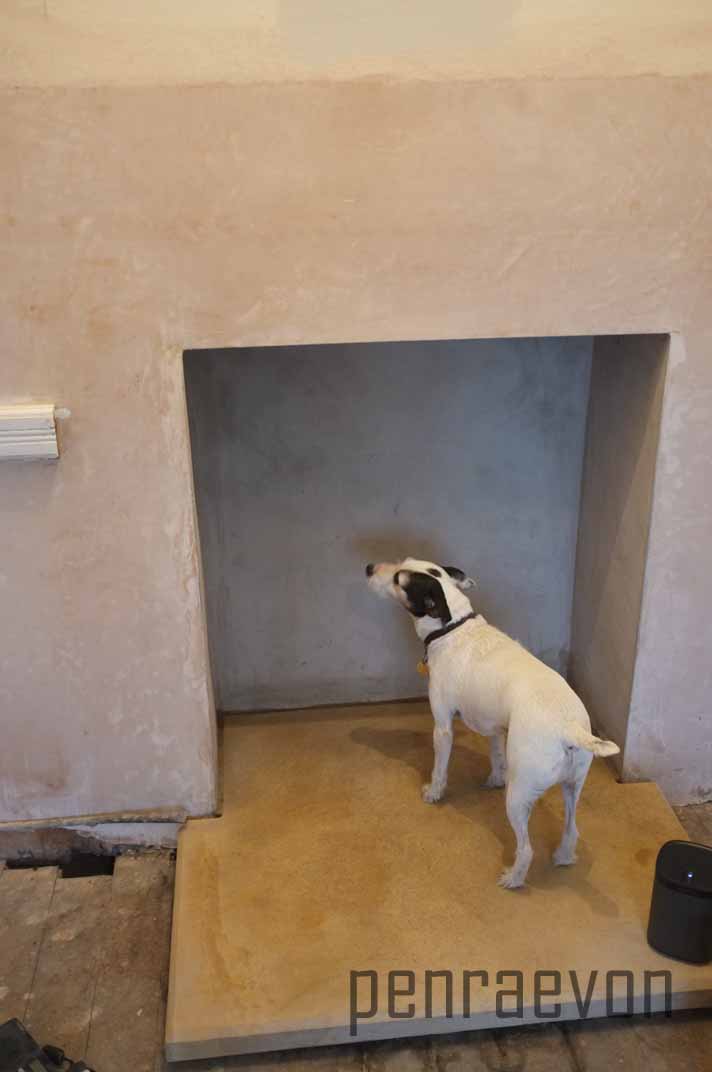 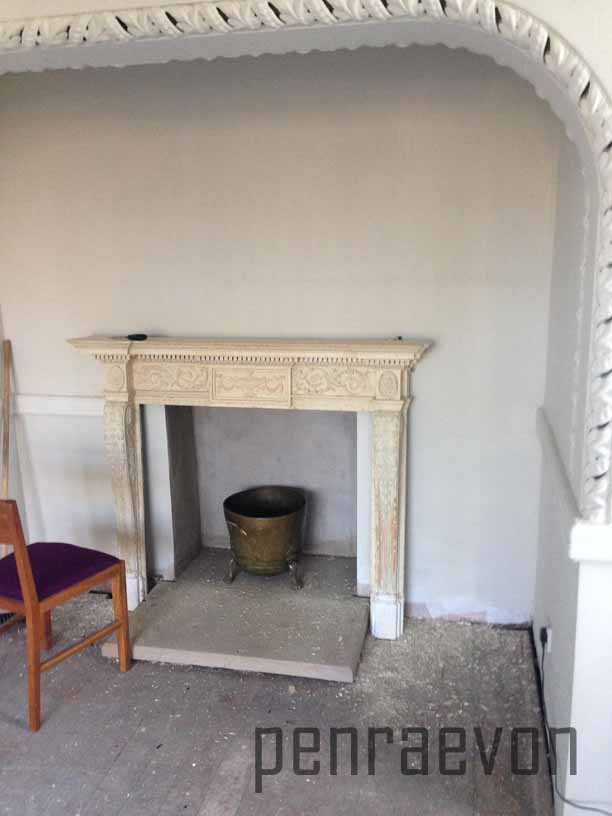