First thing we did when we moved in was to open out the fireplace, it had been boarded up and we had dreams of discovering a Burmantoft tiled beauty. Unfortunately whatever had been there had been removed some time ago. 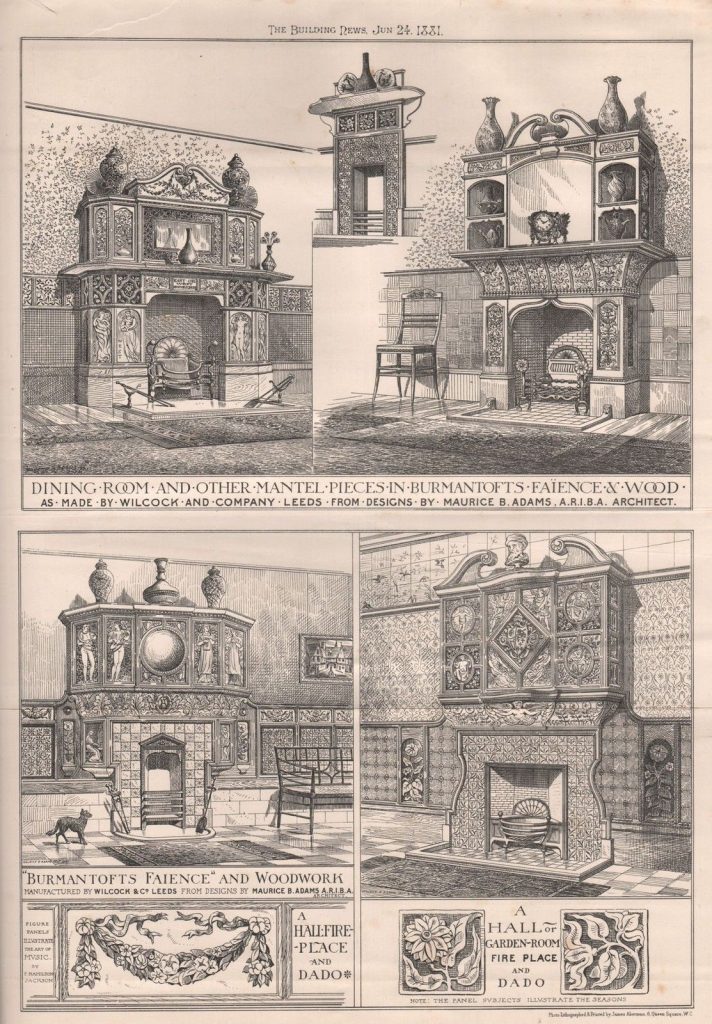 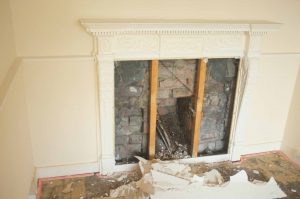 We got the chimney swept and went about investigating. It was a relatively easy job to remove the fire surround as it was fixed to the wall with two fixing screws. The fire surround is original in the Adam style, which matches the influence of the ornate plaster ceiling (more about this here).  It is made of wood with plaster detailing. We were able to get into the fireplace properly and start removing the closed up fire place  revealing the stone lintel.

The first lot of bricks came out easily but the other bricks needed breaking out. Craig the plasterer offered to knock out the bricks and to plaster, using sand and fire cement.

The corner bricks of the original fire had been hacked off on one side so they  needed building back up. We needed to make sure the centre of the opening remained in the centre of the wall, so we put the surround back to check 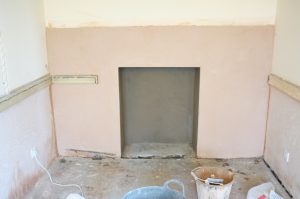 Next stage fitting the stone hearth and installing a wood burning fire.