Changing an office into a home means stripping out all the electrical junk that goes with it. We had a wall of electronics none of it worked and it was very ugly. People think changing an office into a home is about decor, but it is mostly about taking out loads of stuff you never think about and putting in stuff you would take for granted (door handles, doorbells, curtains)

The house had full fire alarm system complete with smash sensors, fire extinguishers, also a panic alarm system as it had been an NHS clinic, a burglar alarm system which was very complicated and we had no keys or codes for it, a tannoy system, and an ancient switchboard system. It was all these items that makes your subconscious read the building as an office when inside without really noticing them at the same time.

We called in Oliver our alarm specialist friend to install a new wireless system and remove the old. 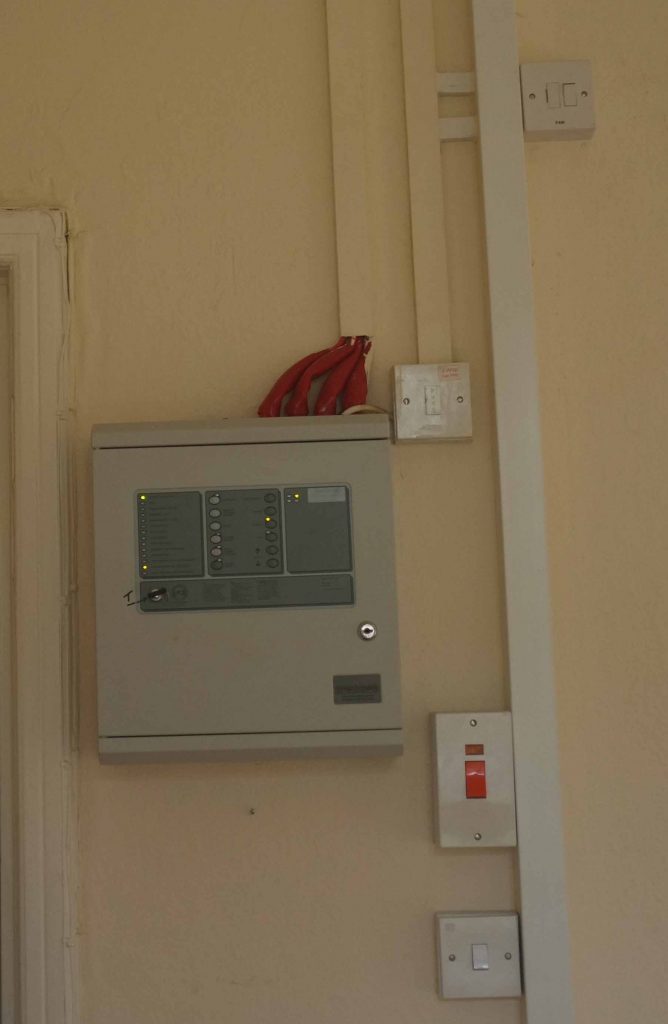 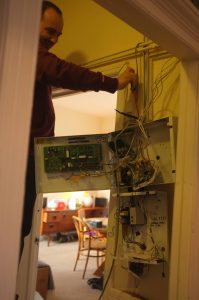 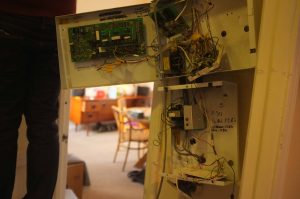 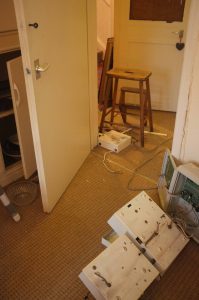 He showed me how to dismantle all the fire alarm smash boxes, the siren, the tannoy etc. Once it is disconnected it is a process of using snippers and screwdrivers to dismantle them. 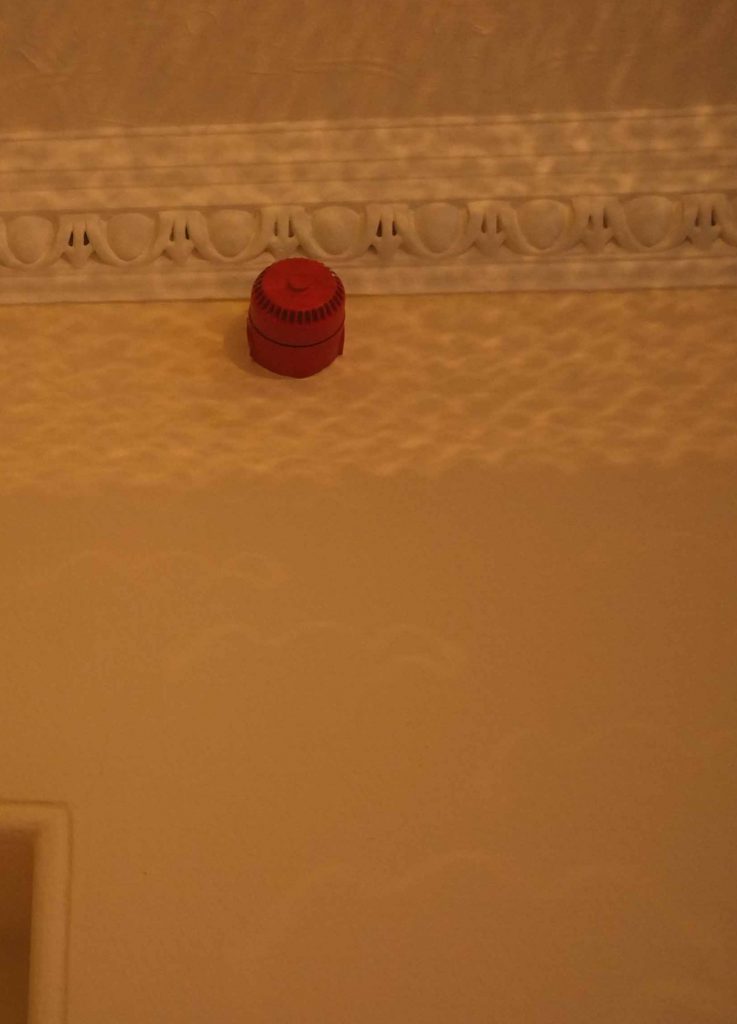 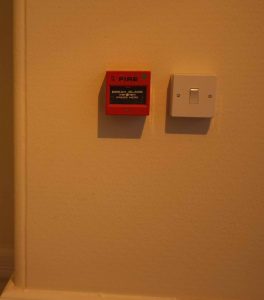 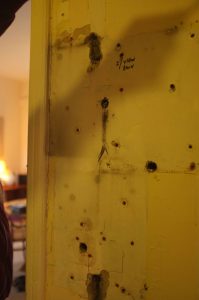 Still got a fire door though! and all the security grilles, and office door furniture. 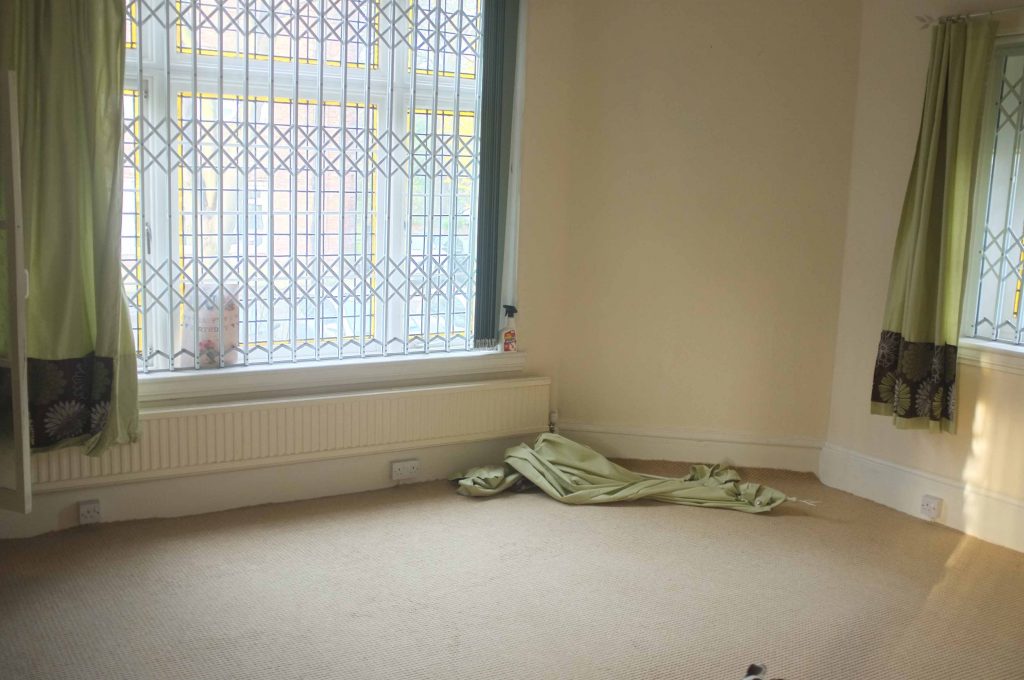