Look – this room shows how nice the house could be. 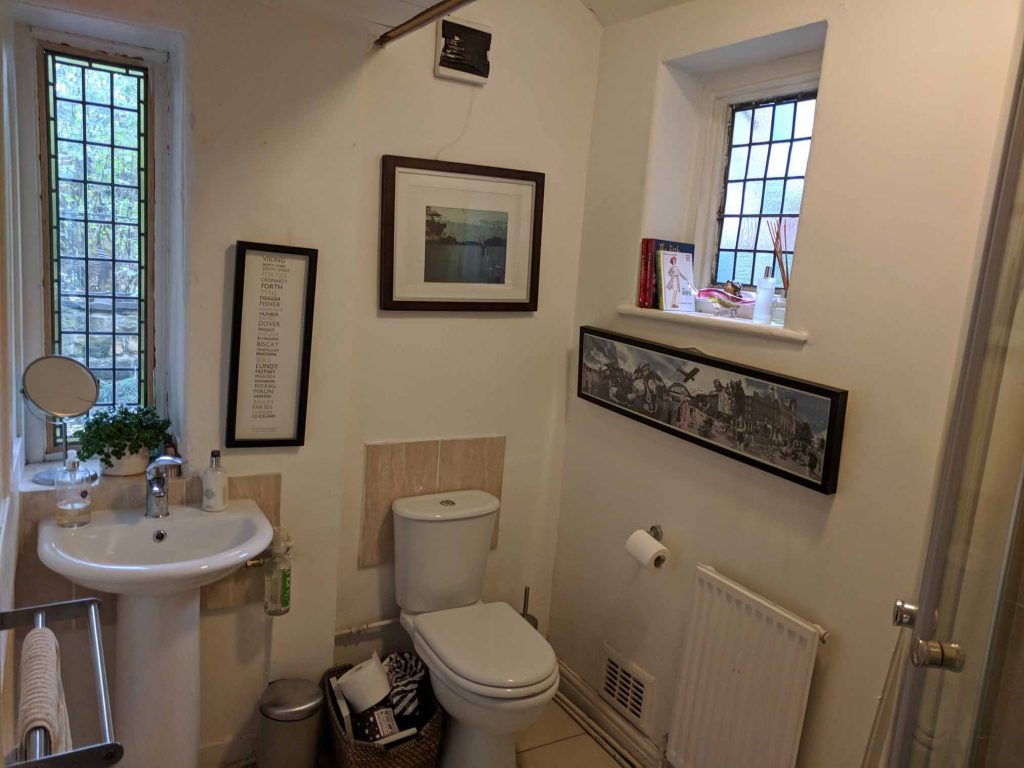 The downstairs loo was the most presentable room in the house when we first moved in, we showed it with pride to everyone.

The room was white, no woodchip and had a beautiful stained glass window (with no bars!). This was bliss, a retreat. We hung pictures up and made it look homely. True it also had a cheap nasty sink and tap , an electric shower that only piddled a dribble of water on you, wedged into a corner, tiles stuck to random bits of wall, a modern hollow cheap door that when opened banged into two other doors in the hall getting you trapped (bit like a kissing gate or a crystal maze task)  and the oldest rusty radiator next to an air vent that always blew a gale. As I said Bliss 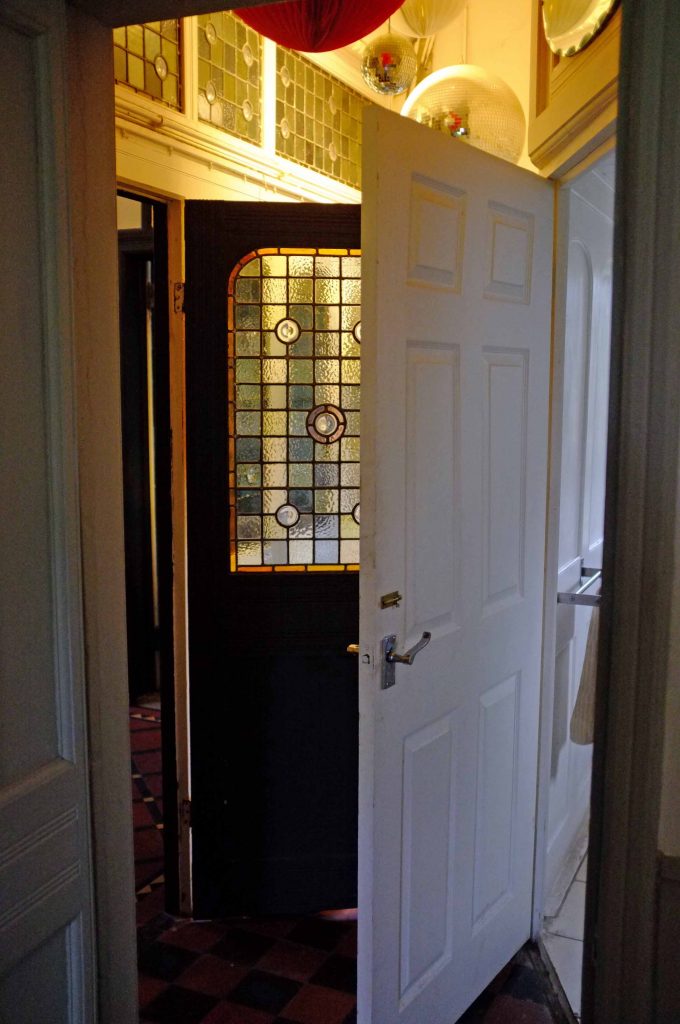 Three years on and we know the potential of the house, rooms that were ugly have been transformed. The downstairs loo is now the ugliest room in the house. It is the room we apologise about. 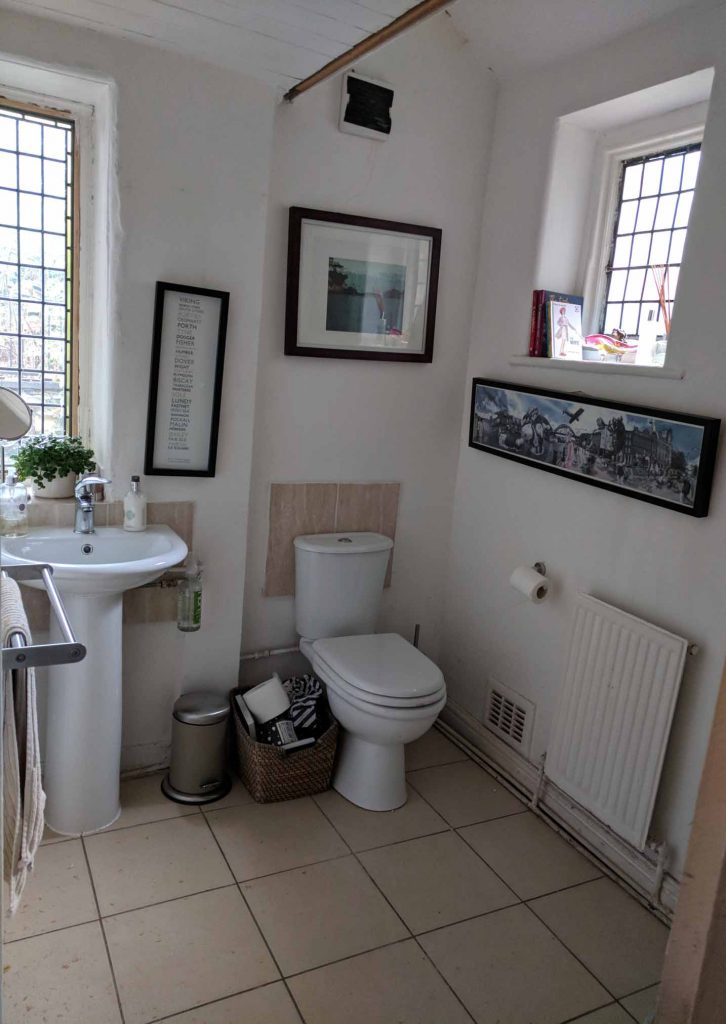 The sticking point to making it lovely was,  although only a small room, it had big problems. It didn’t just need a cosmetic job. The floor tiles were over an inch higher than the floor outside. From outside you could see a window which still had glass in it but had been filled in behind with breeze blocks, which were themselves hidden behind the tiles in the shower. All this would need ripping out. 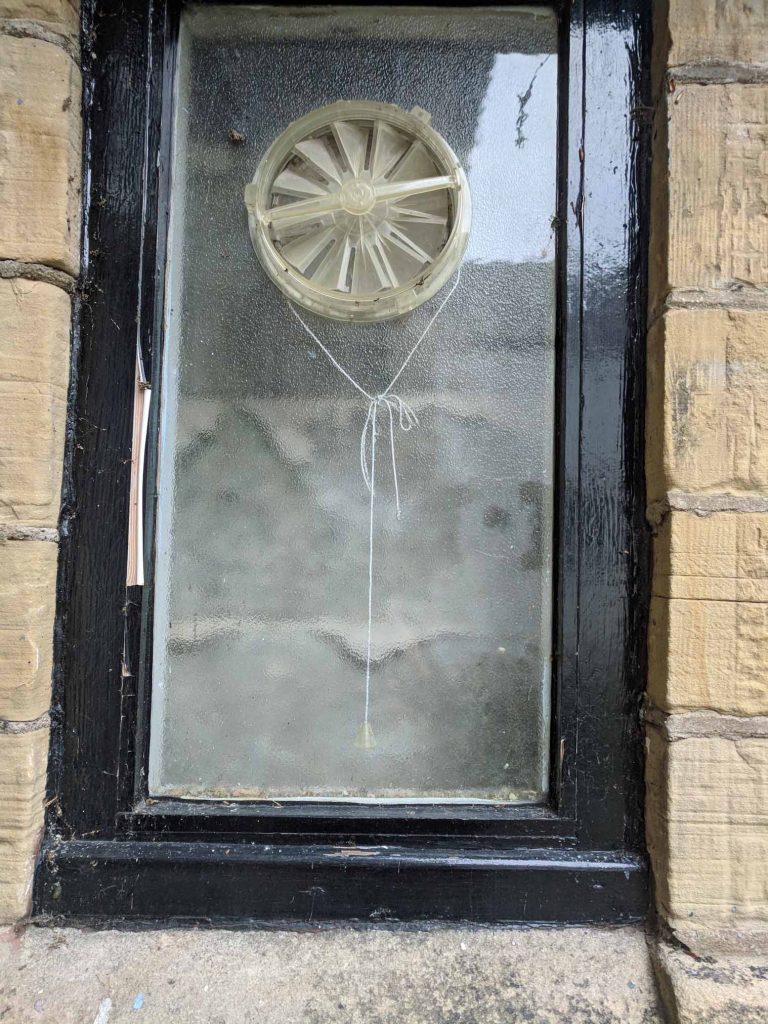 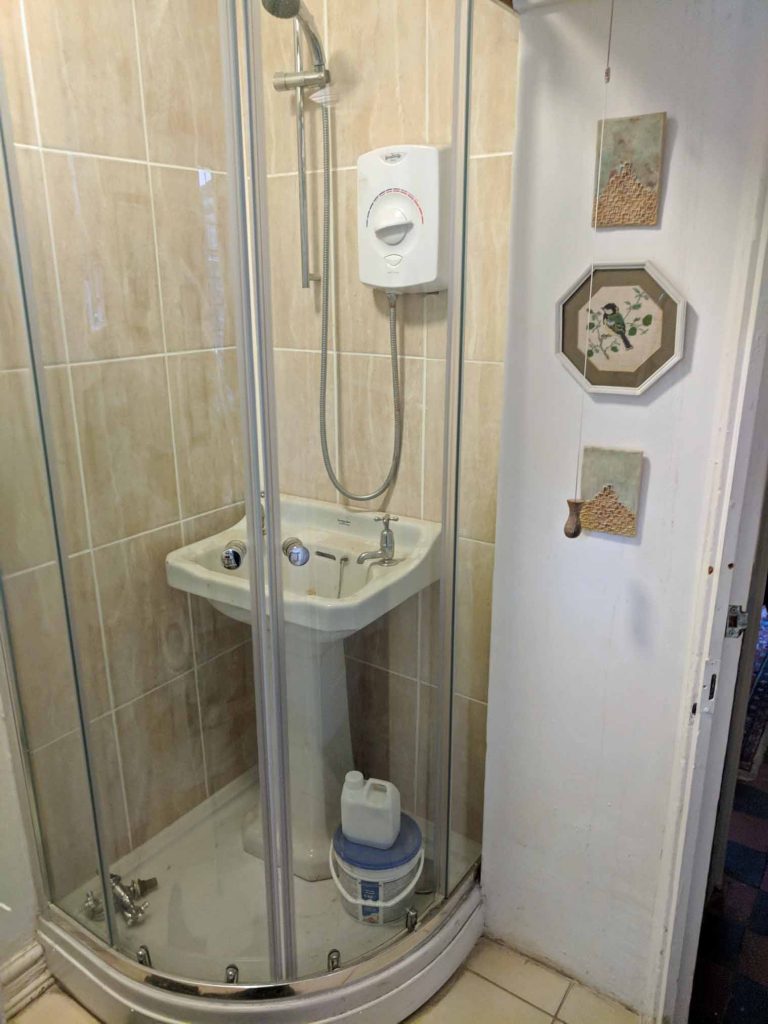 It needed stripping to the bare bones and it was in the centre of the house. Dust everywhere and heaving rubble sacks down the hall. Maybe we could just leave it a bit longer. Definitely wait for Christmas to be over, and then we have relatives staying in Jan, lets just put it off a bit longer.

Finally the right time came in February and the horrendous process of ripping the bathroom out began. I will spare you the stories of dust masks, black snot, safety goggles, ear defenders and puncturing a hole in the central heating flooding the room, and instead jump to what we discovered. 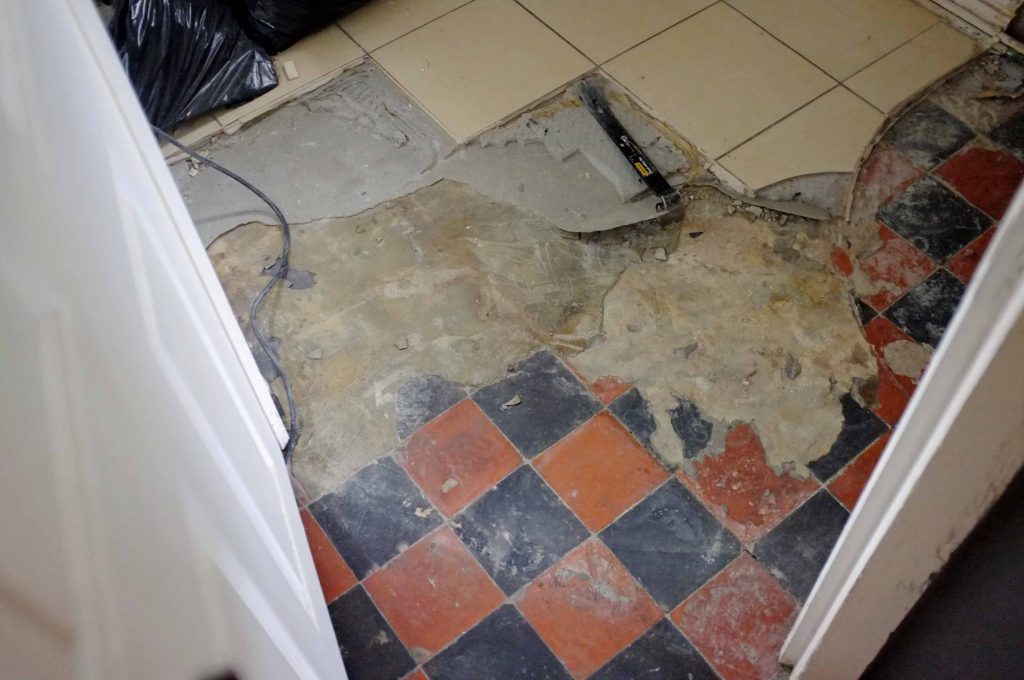 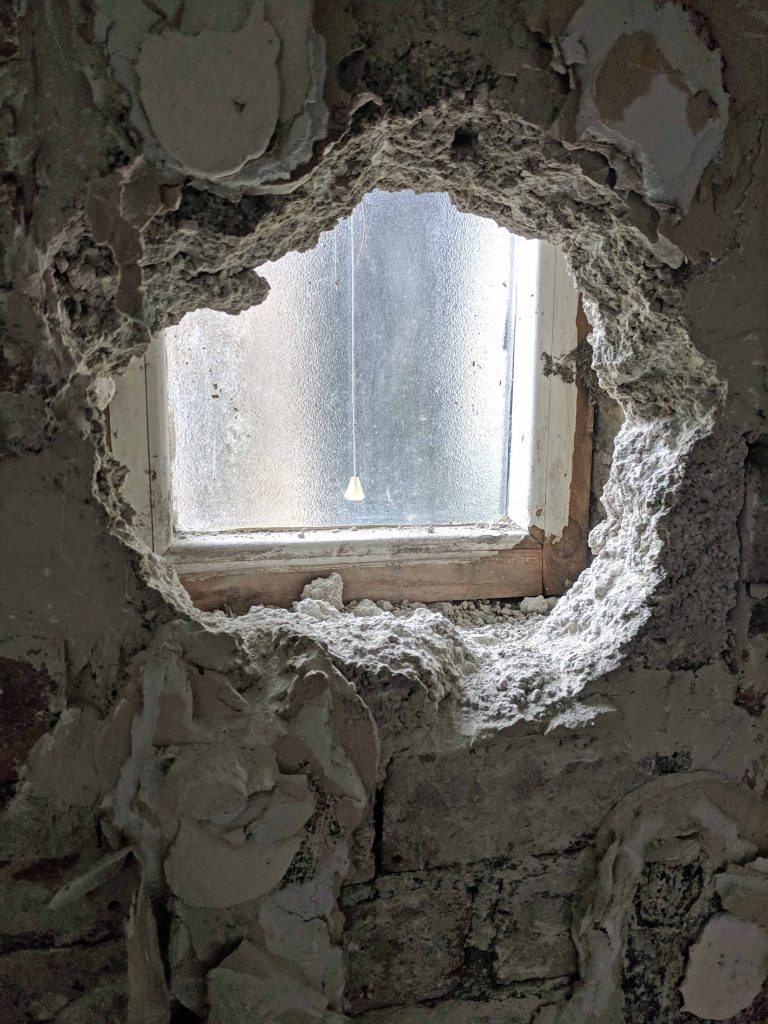 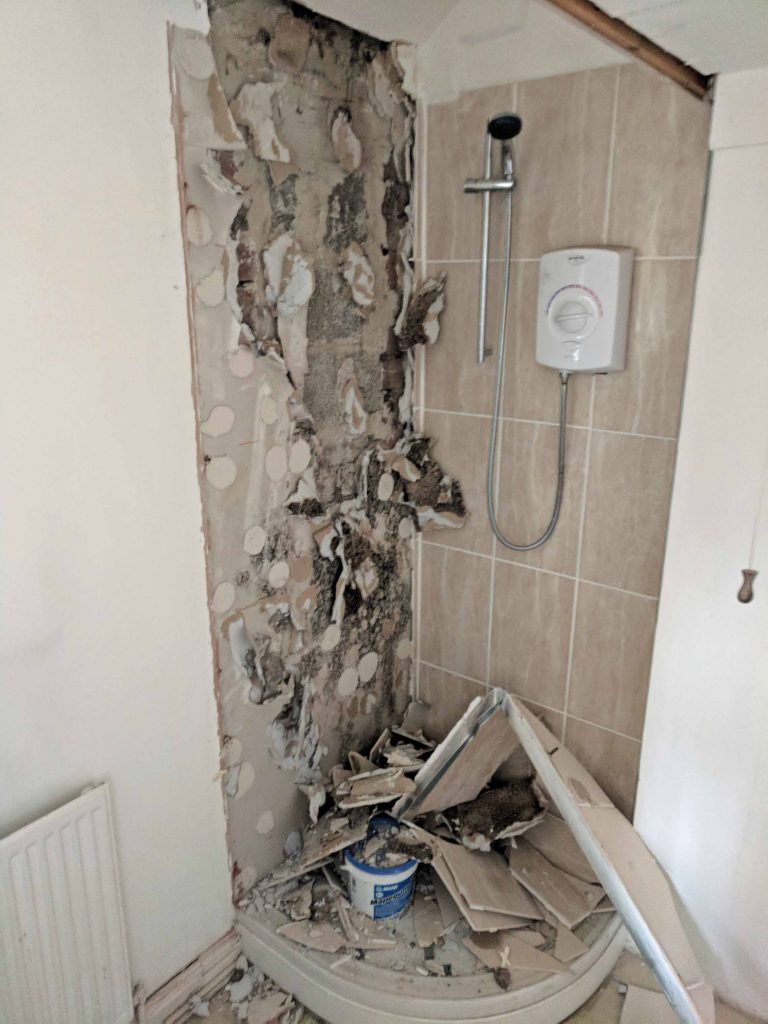 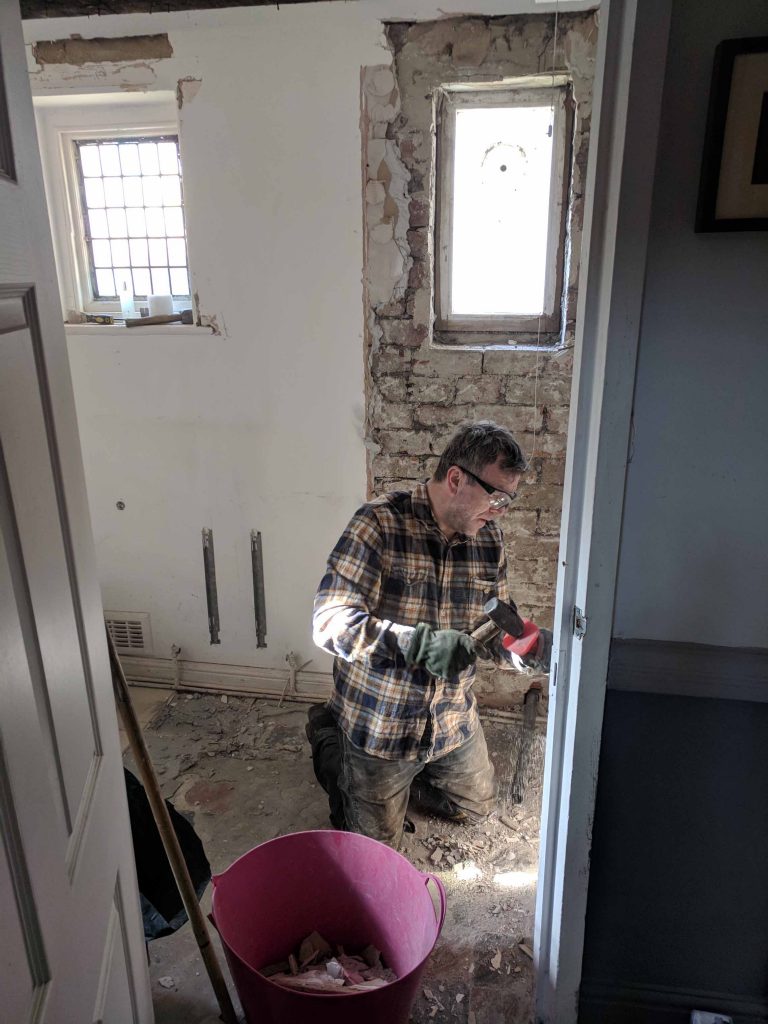 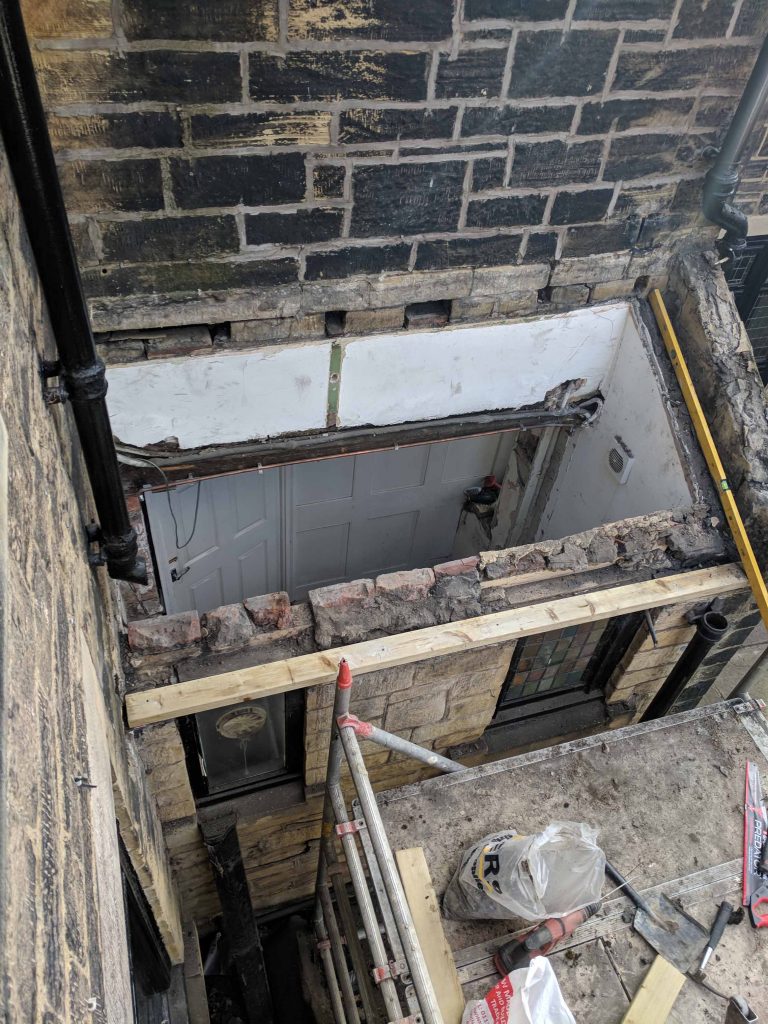 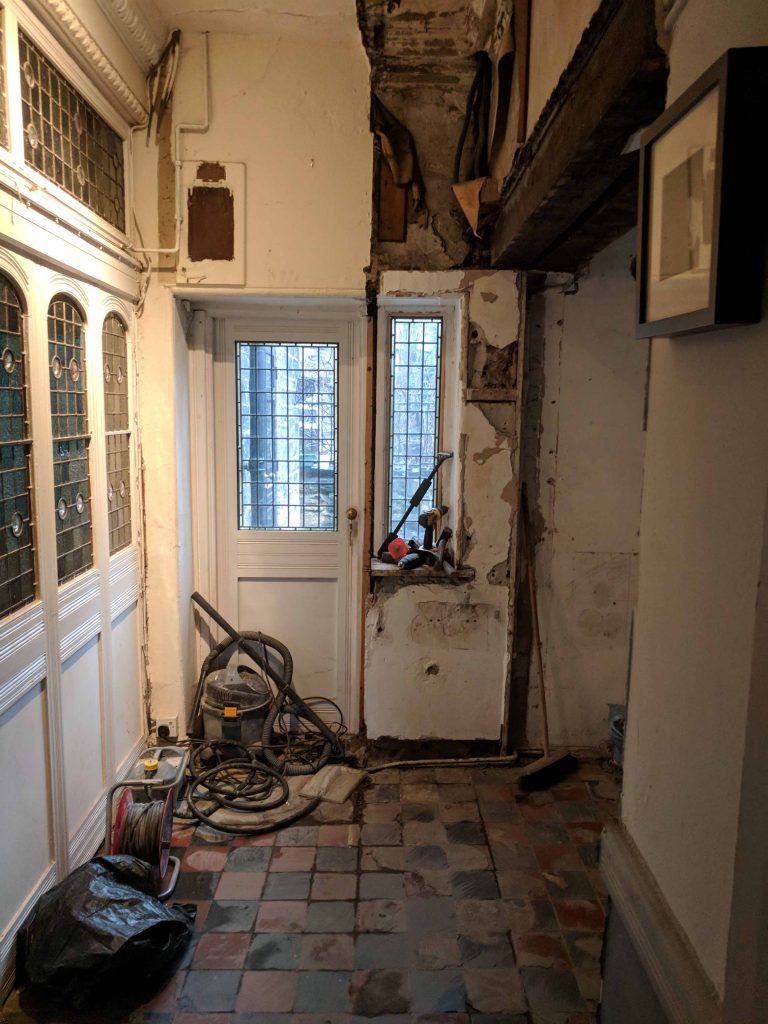 We have managed to strip out the room we have taken all the lead piping out and chased in new pipework. The roof has been removed insulated and rebuilt. We have bought all the bits for the bathroom and we know what it will look like. But for now we just want to recover, the house is covered in dust, it looks like a building site, we knew this would be a big job.