The four month push to get the Kitchen finished is finally coming to an end, so we hopped off for a week away at the beach in Northumberland.  The weather wasn’t great one day so we drove over to Cragside. 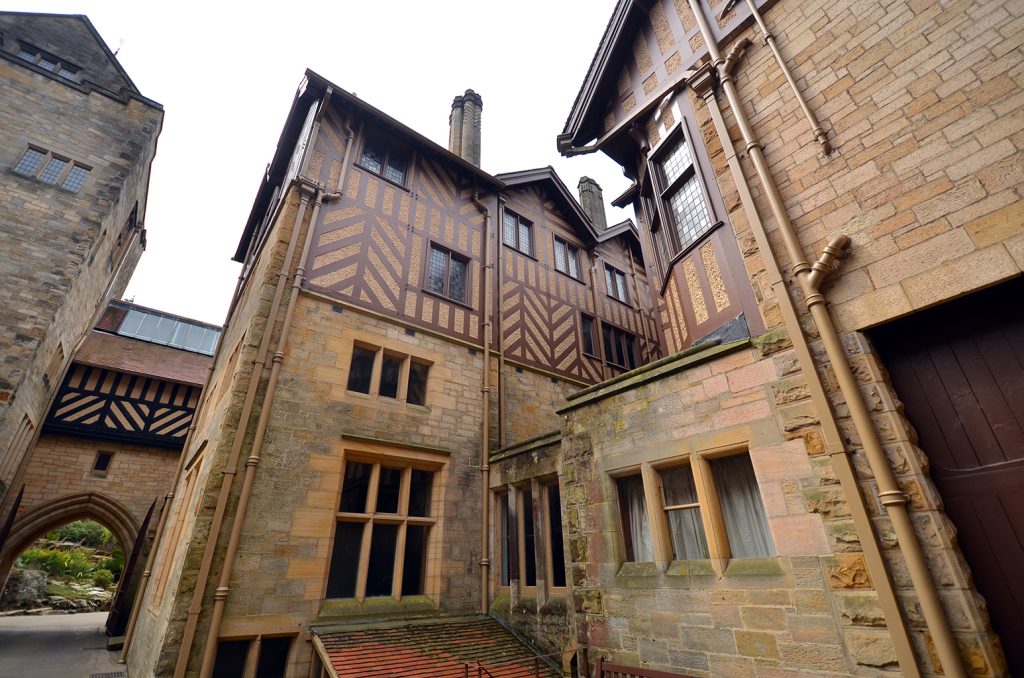 Cragside has always occupied a mystical place in my mind. We had seen the house from afar and had even been for a drive round the estate (they have a special route round the grounds), but this time we got there early to avoid the crowds and went for a good mooch round. 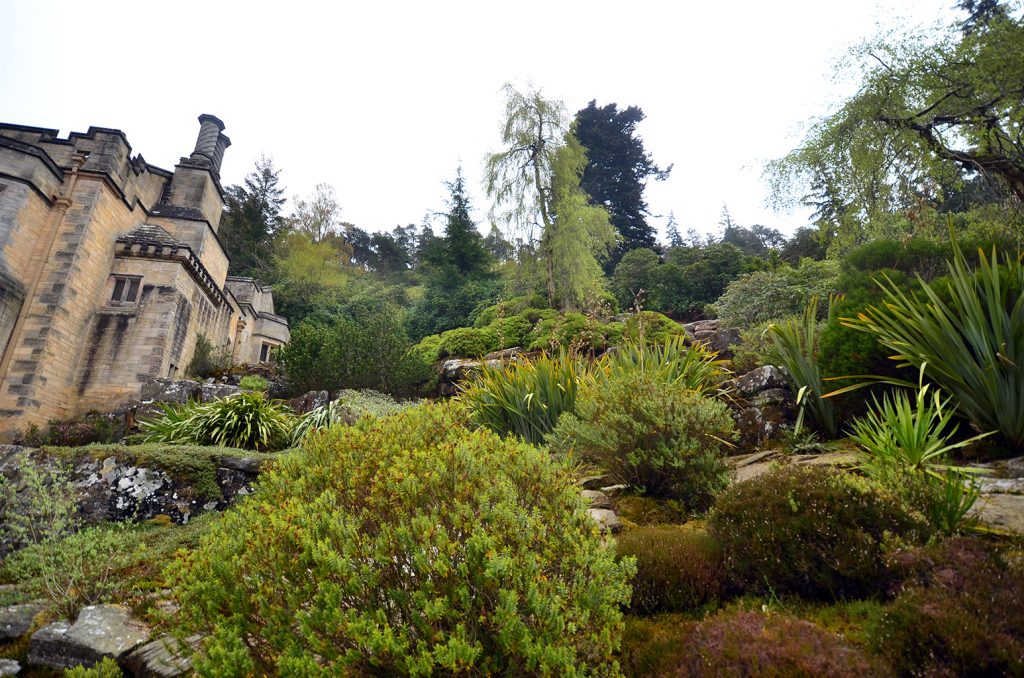 Cragside is a really interesting house, it looks like a fairy-tale stately home – but isn’t really either. It was the home of a wealthy Victorian engineer and industrialist William Armstrong.  As his wealth grew, so did the house, being built in at least four phases.  This meant it started quite small in the 1860’s and finished quite large in the early 1900’s – it’s architecture started in a gothic revival style and finished fully Arts and Crafts. 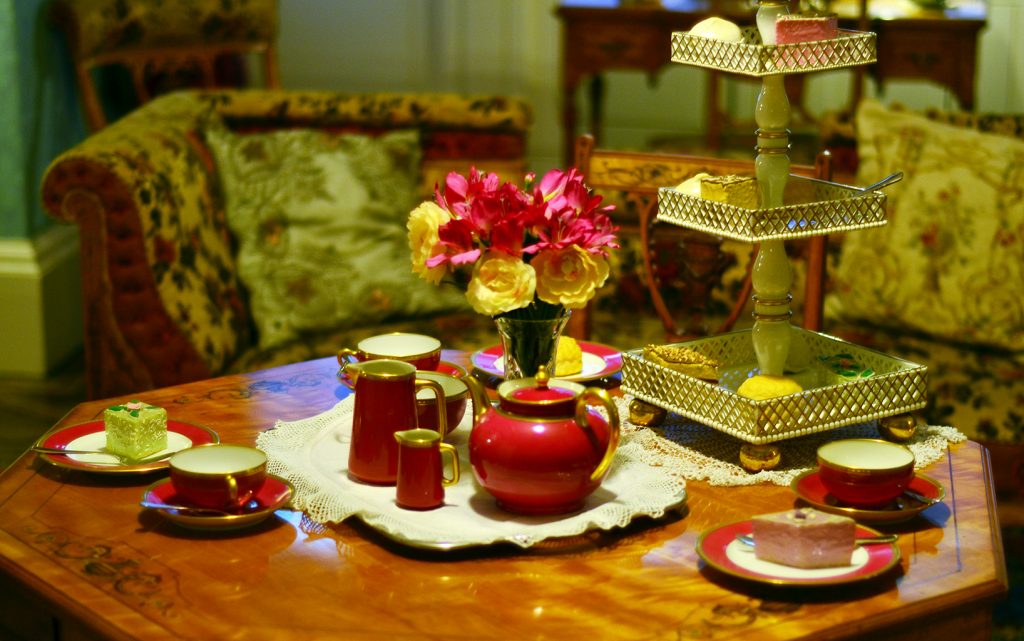 It has some of the best preserved and most complete Victorian interiors anywhere and when you think ‘ah that’s good’, it’s normally because it’s a William Morris original. 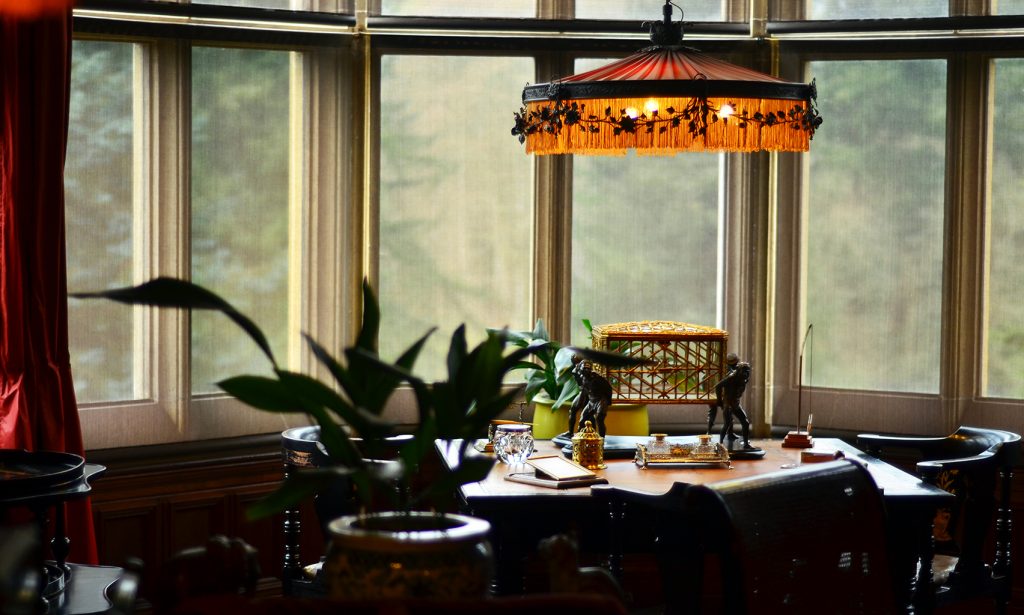 The really magical part comes from the fact that William Armstrong was obsessed with technology.  He automated many aspects of the house – mechanical roasting spits, a hydraulic lift, internal phone system and electric light fittings.  Cragside was the worlds first smart home! (all driven by hydro-electricity generated from a complex system of lakes, flumes and pipes) 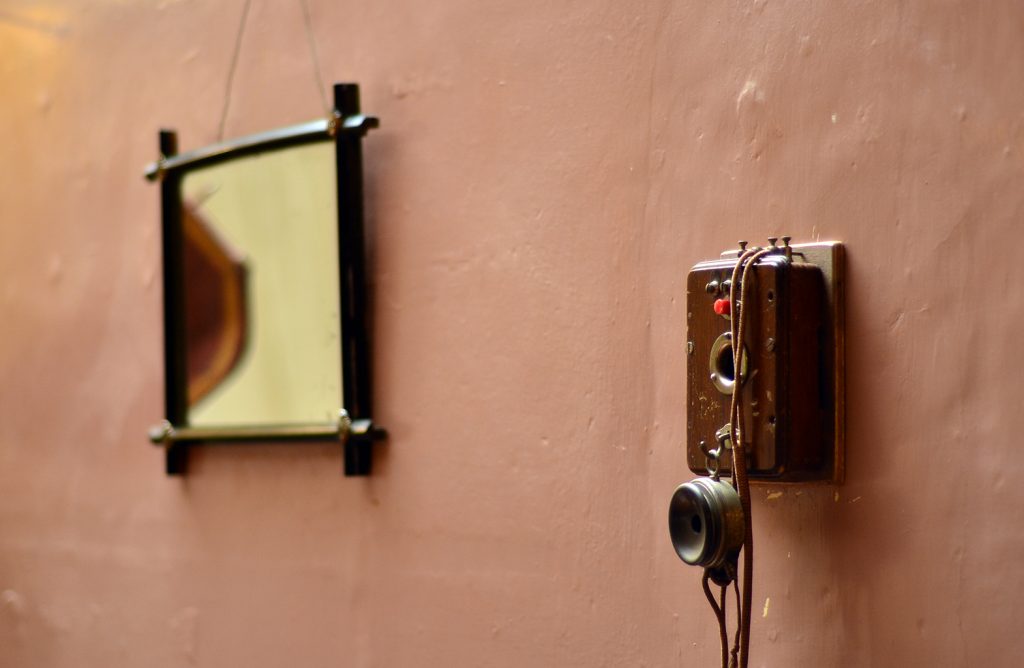 Because of the technology, it makes the house feel a bit steam punk – a bit chitty-chitty bang-bang.  And what’s not to like about that? 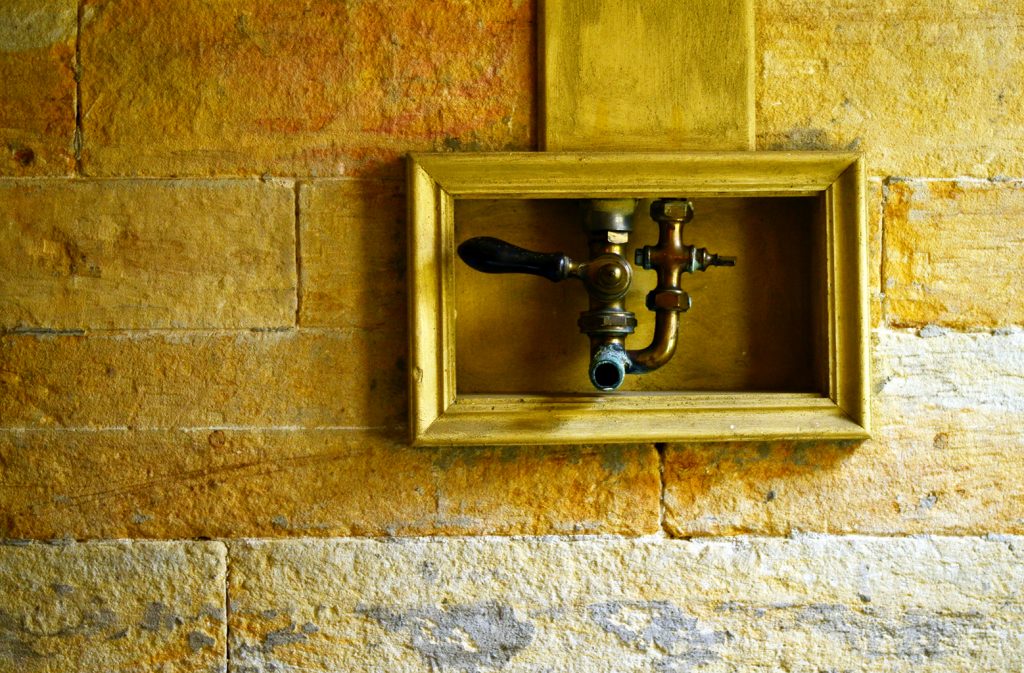