We have decided to get creative on the courtyard space. After lots of hard work this space is now a lovely South facing Courtyard. The whitewashed coach house with a new roof to one side, the veranda to the next with new back door and  tradesmans entrance, the garden room with new french windows to the third and a dividing wall with railings on between us and the neighbour’s gardens, the drains renovated and down-pipes rationalised, and finally the trees crown-lifted. So much work.

When you look at the ‘before’ photos (at the bottom of the post) you will understand how much we had done to even get it to this point. 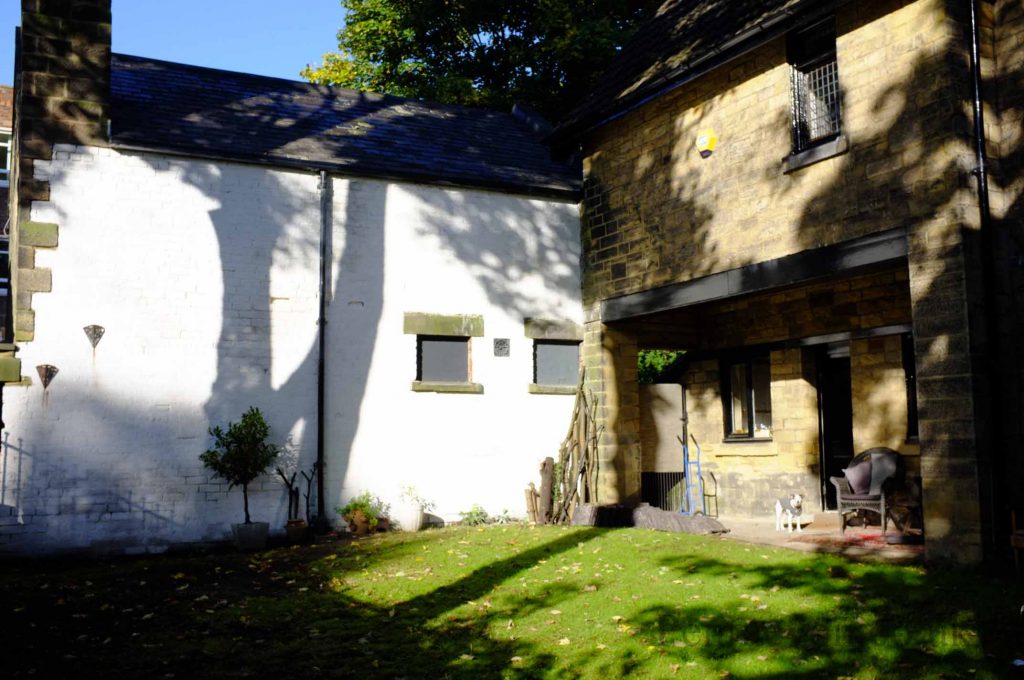 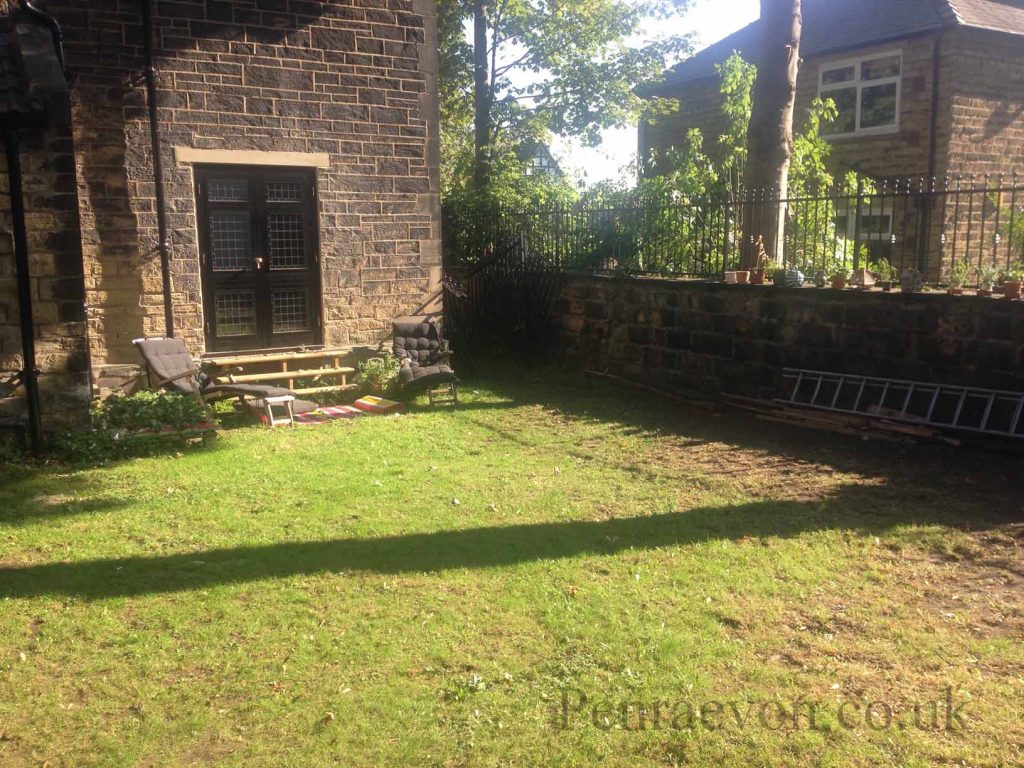 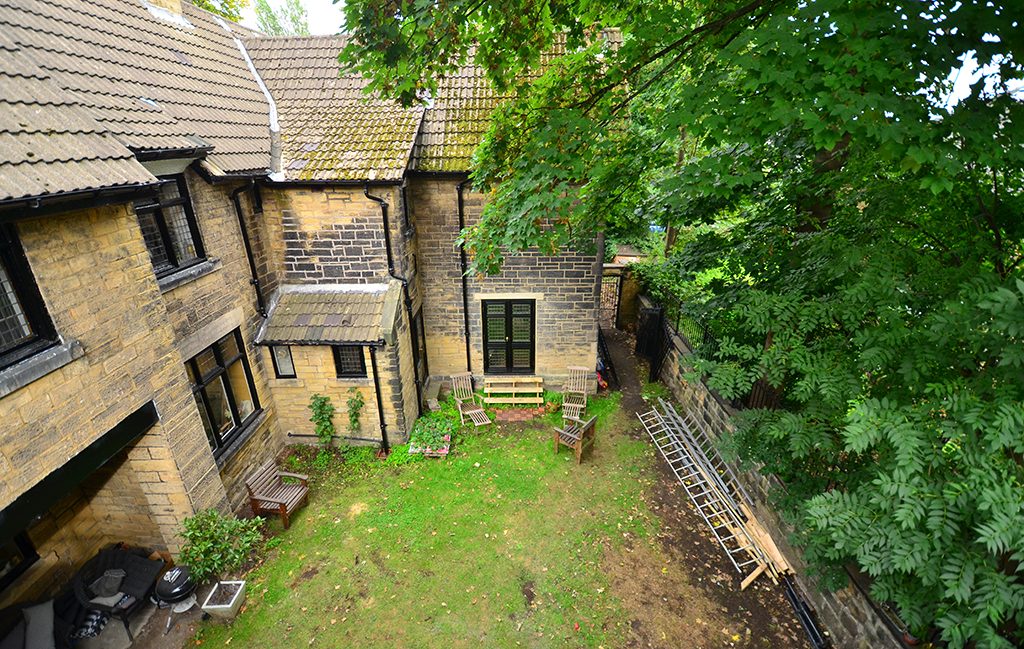 Before we moved in we had decided that the backyard needed to become the Courtyard and that we liked the idea of creating a  ‘cloister’…probably a bit of a grand description, but basically paving around the edges. So, to plan the paving we marked out with sticks and string and then sprayed the shape out. When we measured this area we were shocked to discover it came to 70sqm. Ideally we would have liked to have discovered an original cobbled yard or flagstones but as we dug we discovered nothing. 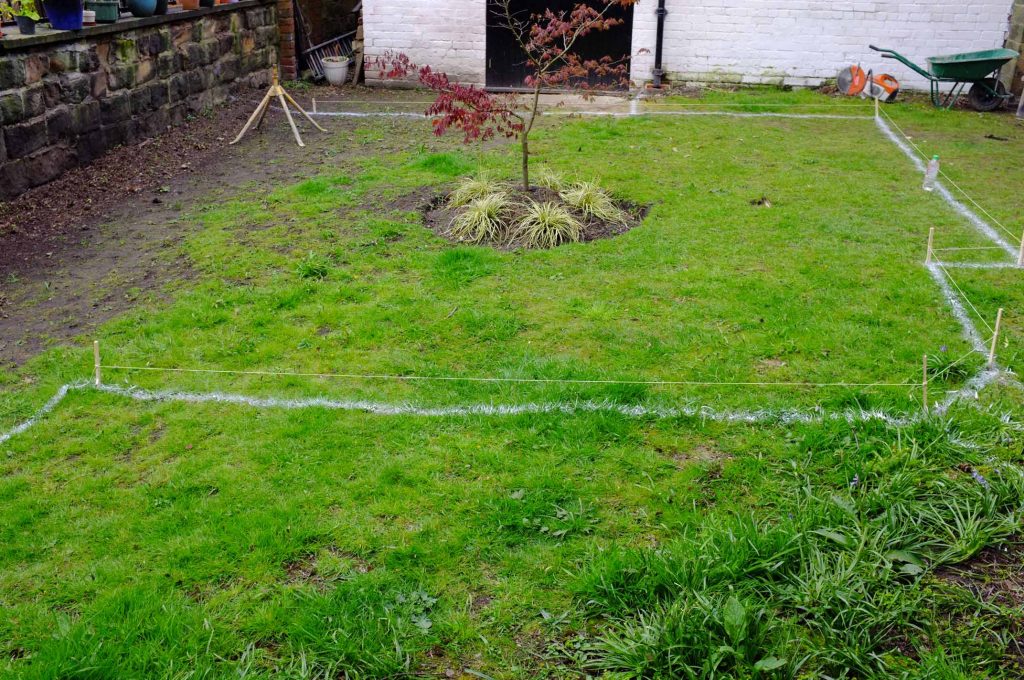 The paving we chose was Indian Sandstone Raj Green, this is an economical choice and a good match for Yorkstone. We would have liked reclaimed york stone but there are issues with this option 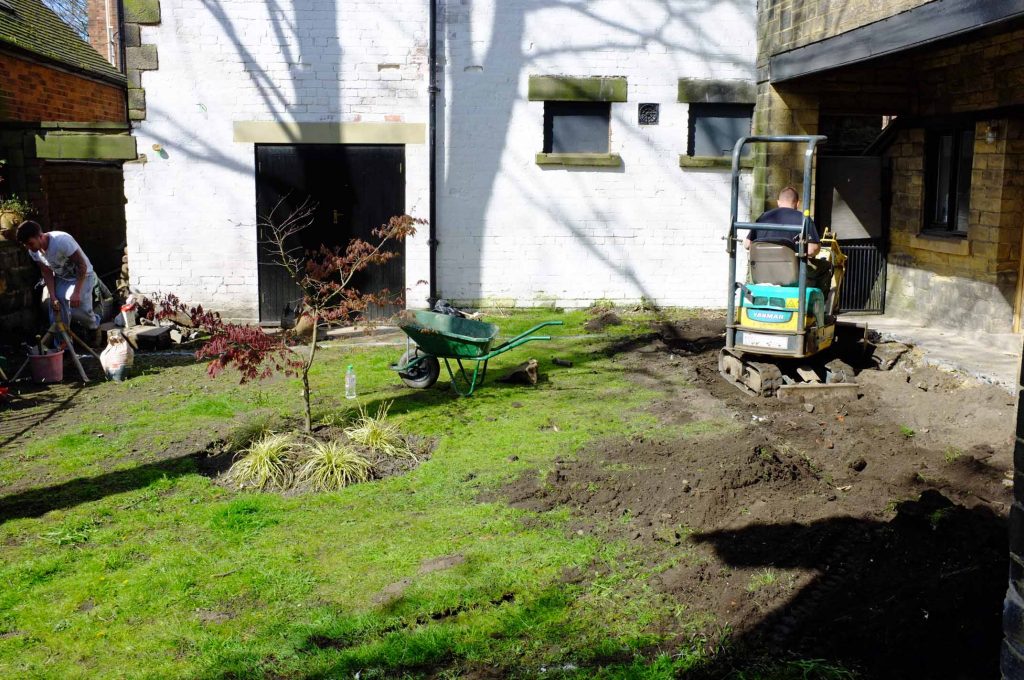 The builders first dug out the ground before adding a thick layer of hardcore (broken cement and stones) This was then covered with ton after ton of sand. 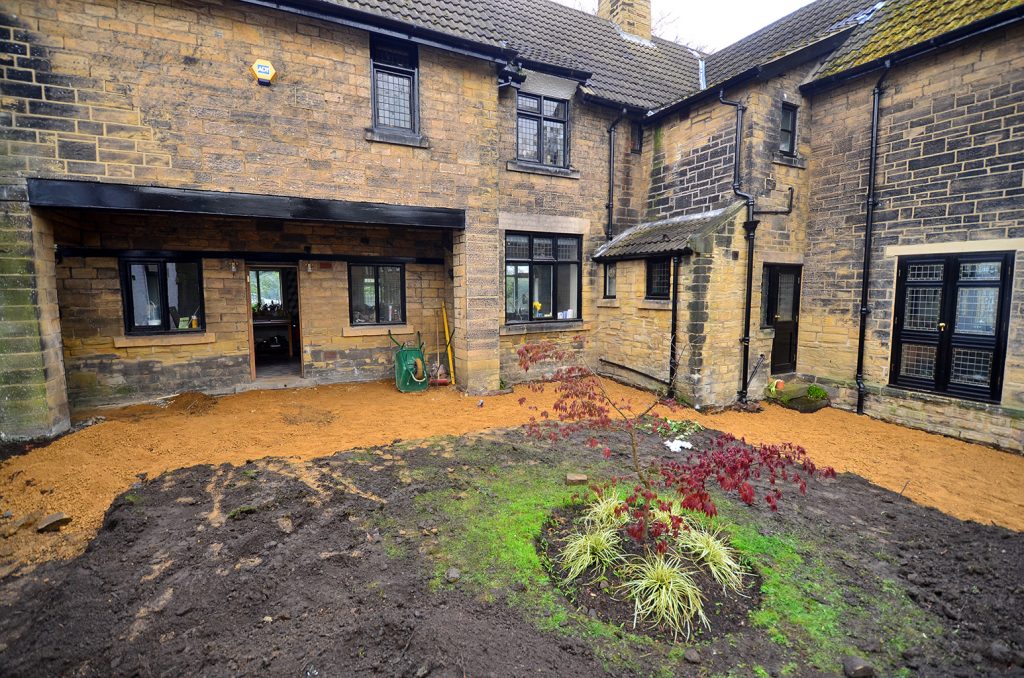 The builders were delighted that it was snowing in late April. They claimed it was too cold to work and skipped off for the day. 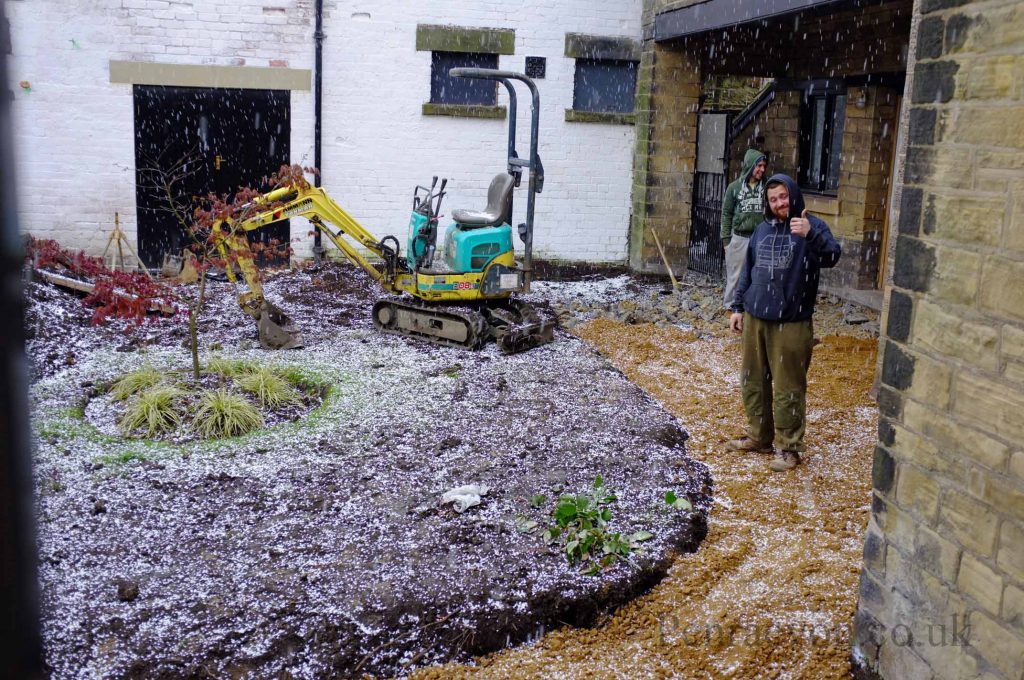 Then the fun of laying a random pattern out of a fixed number of five different slab sizes began. We tried software to help us with this task but in the end dry-laying them out and trying to follow these two rules worked for us: 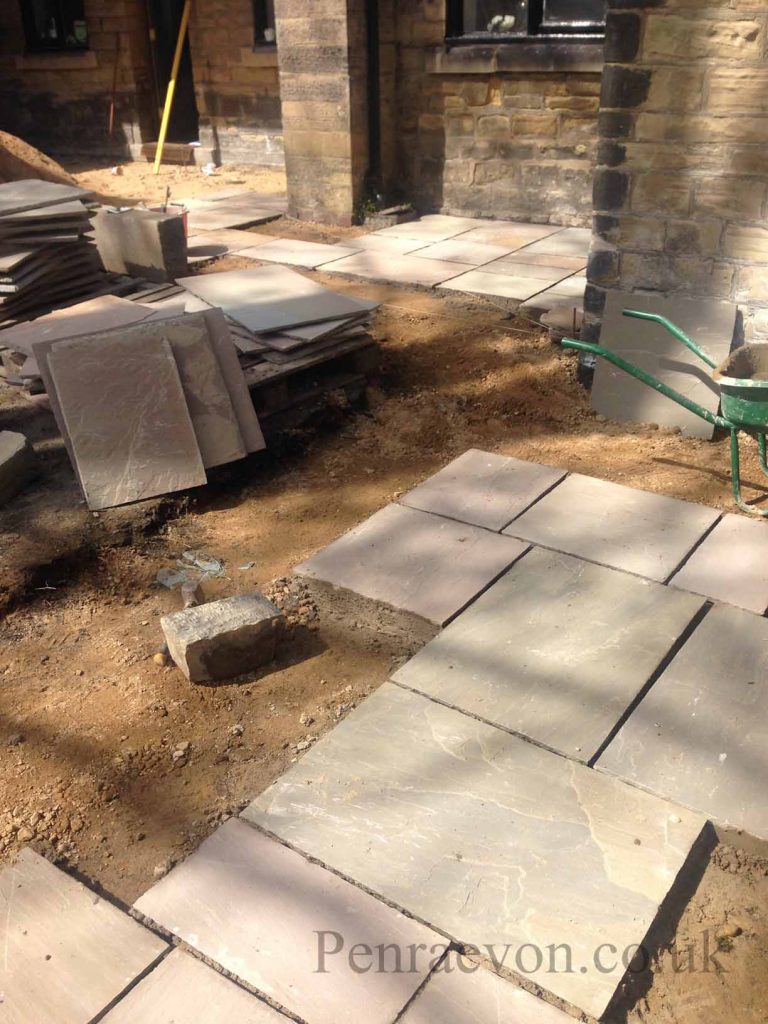 Just as they had recovered from the snow we got a heatwave, followed by heavy rain which also meant they had to stop work. Finally the area was finished and we are delighted with the paving. 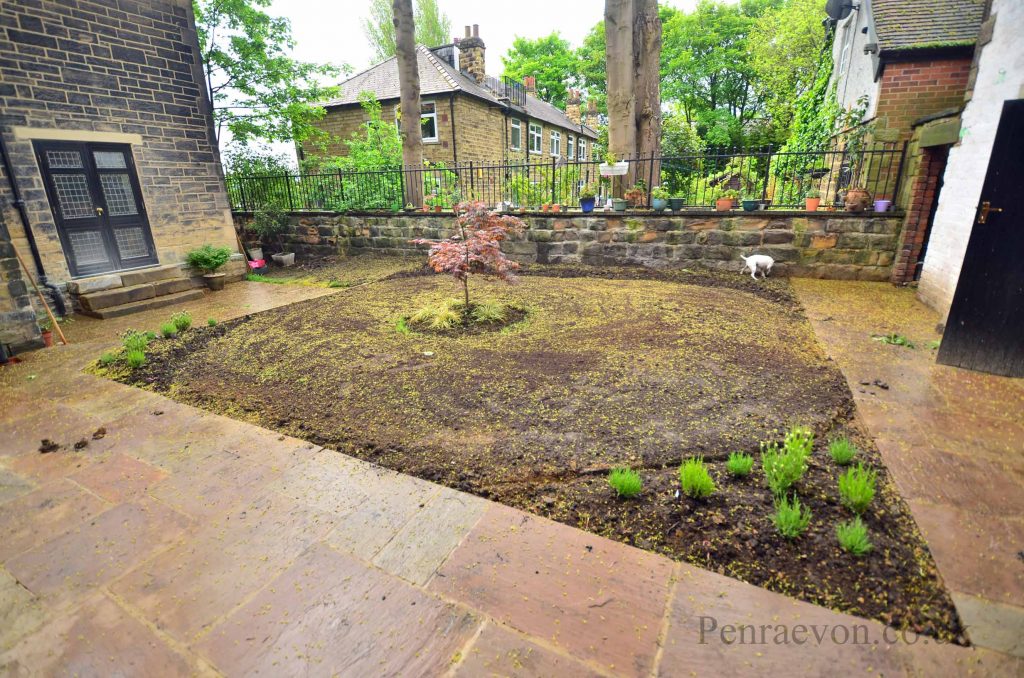 We have opted for turfing the lawn and adding beds to round the sides and planted beds along the wall which should soften the space.

These photos were taken on the day we bought the house and had just got keys. By the time we moved in they had taken the washing line away with them. 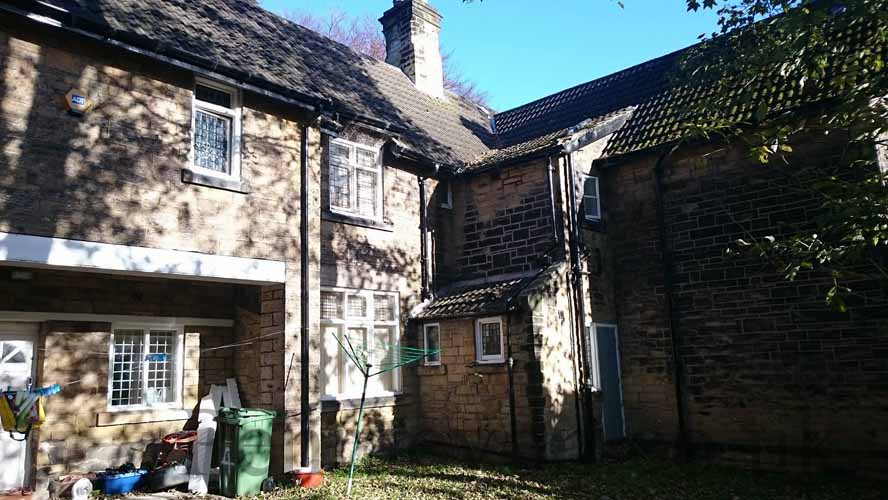 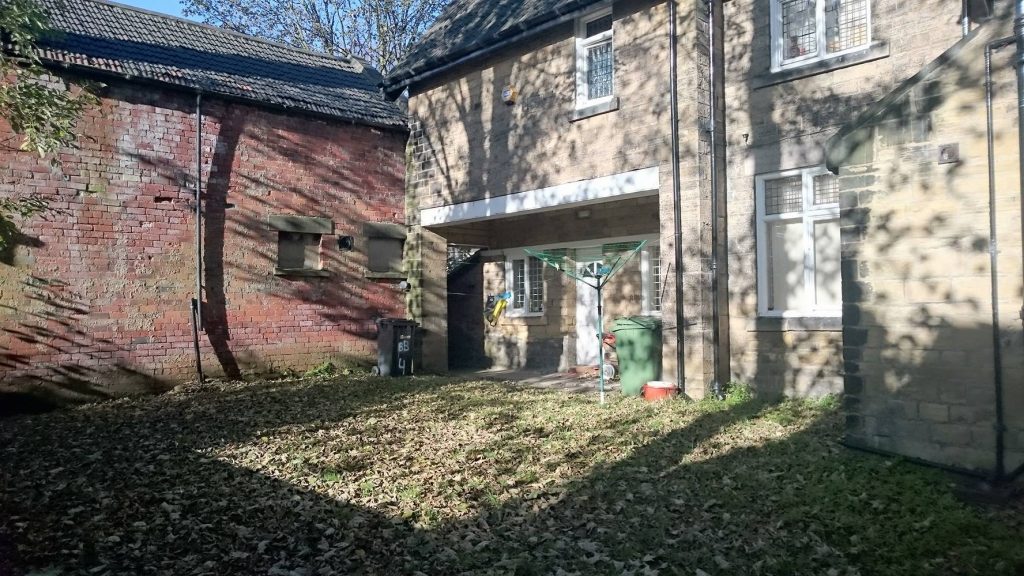 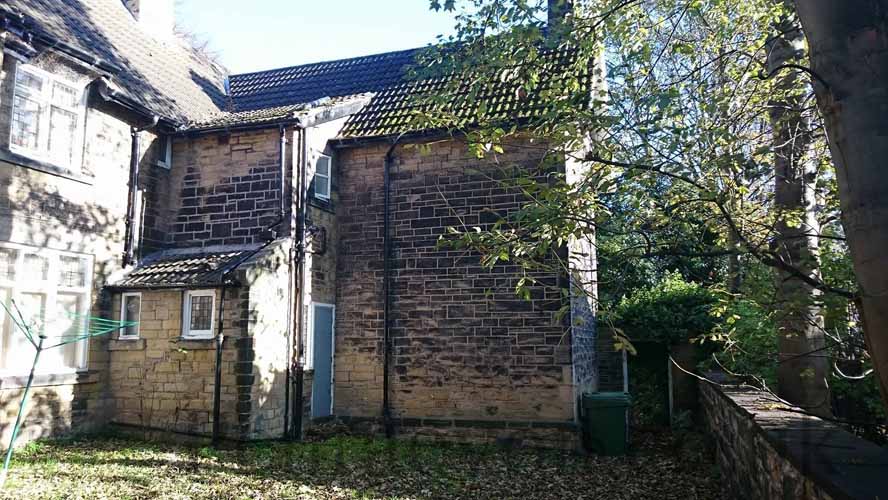 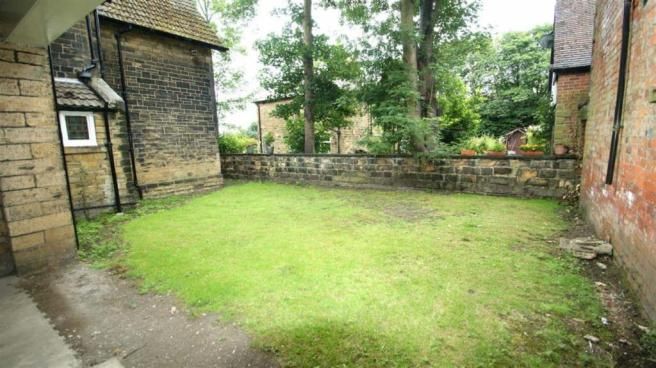 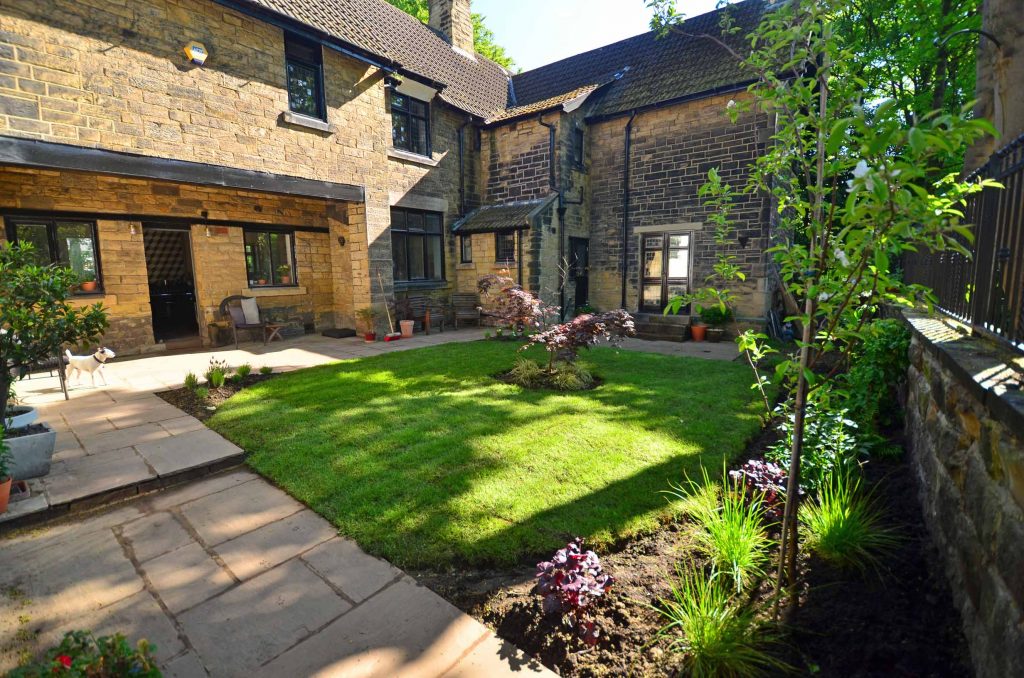 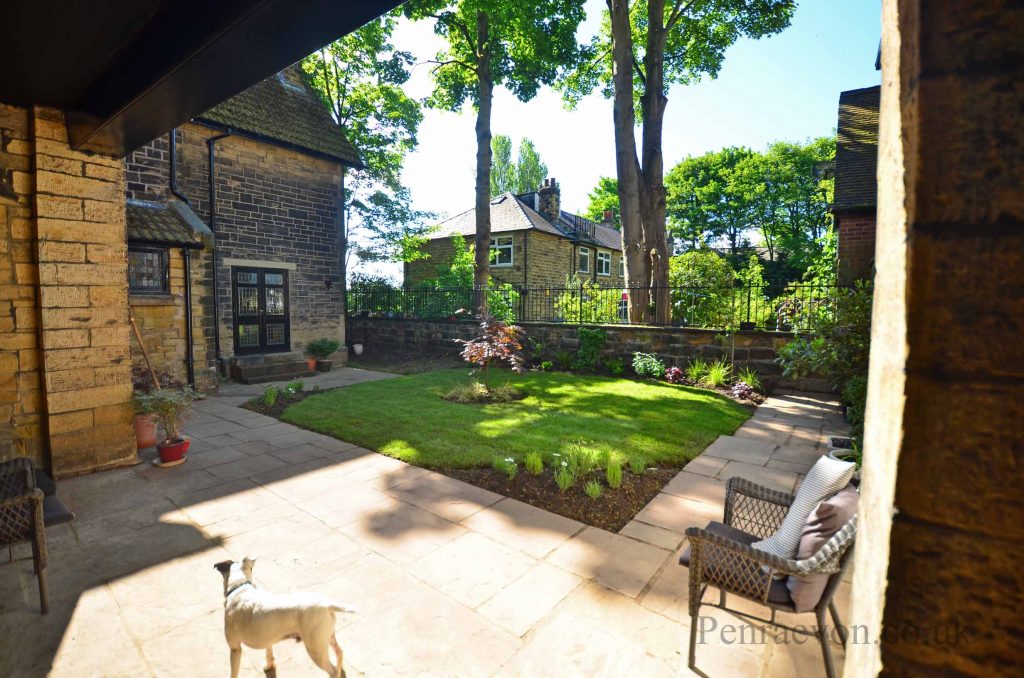 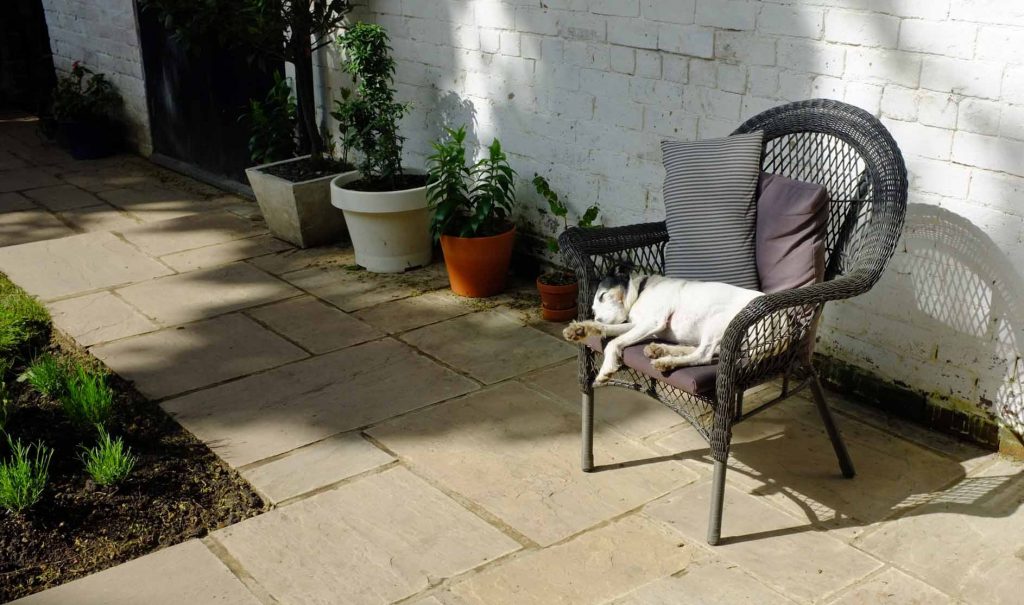