Now we have completed the courtyard we needed to put some seating under the veranda and opted to build our own banquette.  This would allow us to design and fit it precisely to the space and also to save some money. 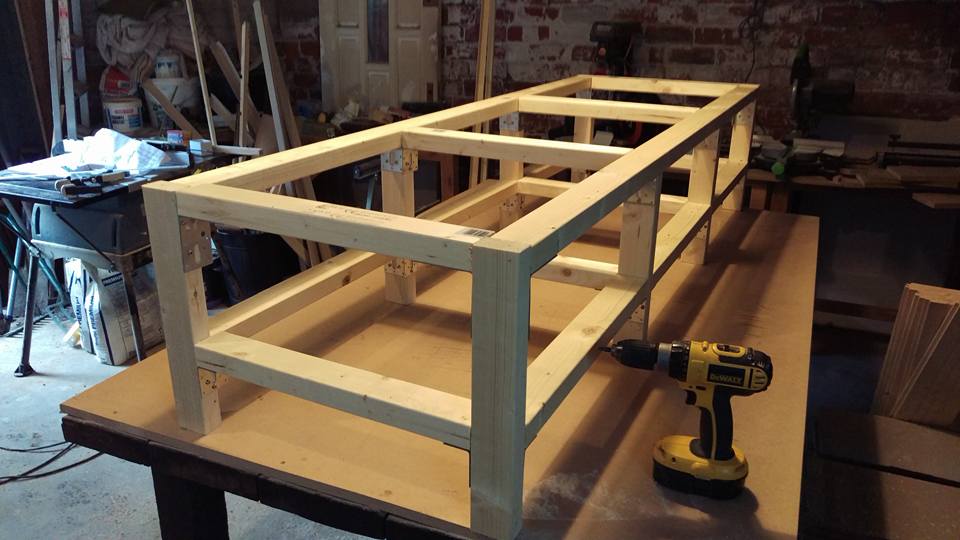 I did a bit of Googling and eventually settled on building a frame out of Studwork using metal brackets to fix the uprights and cross members together.  Then to top it in Marine Ply and clad it in the same ‘bead and butt’ paneling that we used for the wainscoting in the kitchen.  The photo above shows the main section before I added the short return to fit in the corner.  I also added a lip at the edge and back to stop the cushions sliding off. 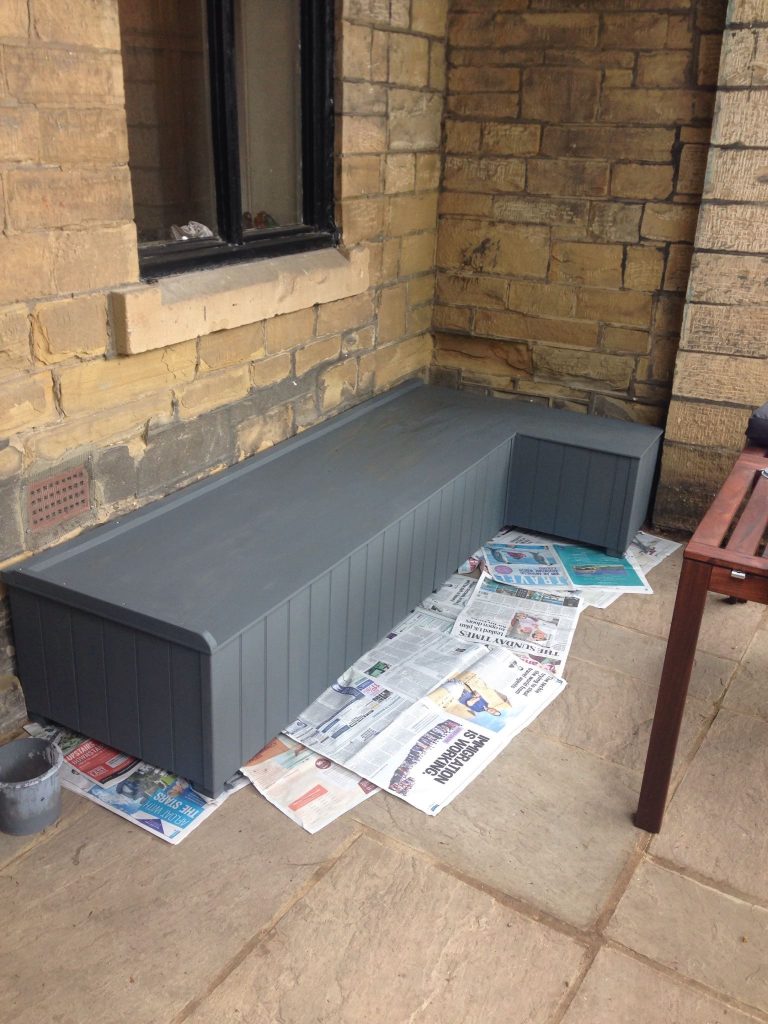 Because I’m boring I wanted to find out why a banquette is called a banquette – so nowadays it means a fitted bench, but originally referred to the ledge by a castle rampart that soldiers could sit on! – who knew.  Someone even wrote a little wikipedia article about banquettes.