Before and After Downstairs Loo

Smaller is not always easier, it often just means less room to manoeuvre.

This room used to be bigger but we have reduced it to increase the hallway so all the doors don’t bang into each other. In doing this we discovered that we were actually taking it back to the original size it was designed for.

When we approach doing up a room, it is always about stripping back and revealing the features that have been hidden. We want to reveal the innate beauty of the room.

In this case we discovered quarry tile flooring, interesting step plaster work and another window, all had been hidden away. It looks, we hope, effortless, as if we haven’t really done anything. This is not the truth it has been a painful restructure involving new roof, lime plaster, windows, pipework, massive amounts of joinery, electrics and lots of floor scraping (see the during post to see the pain). 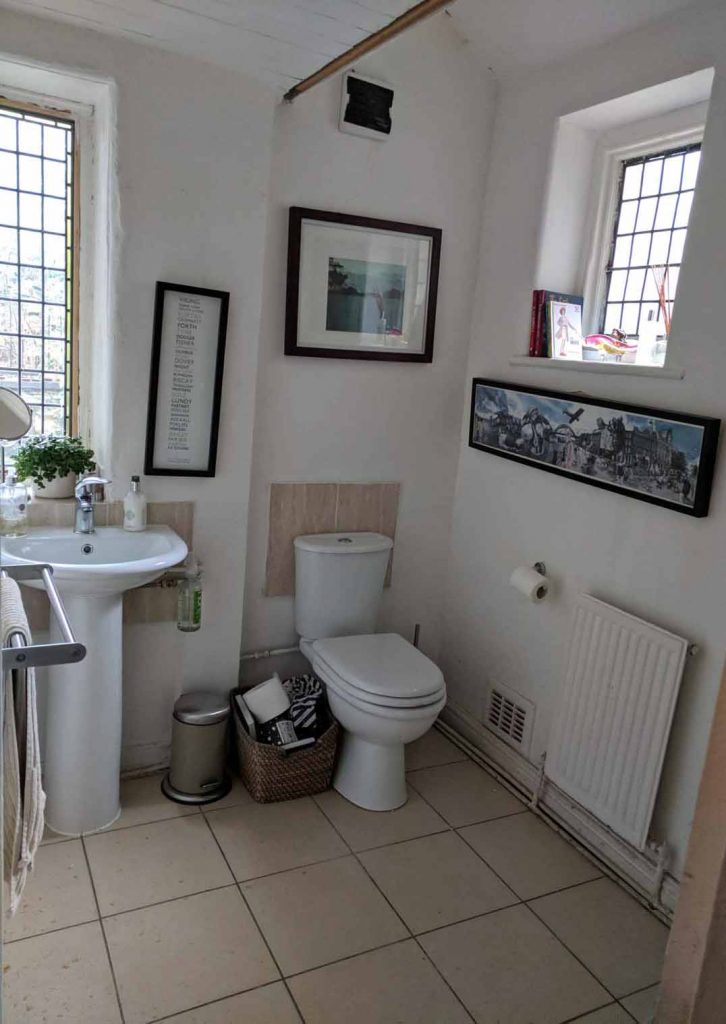 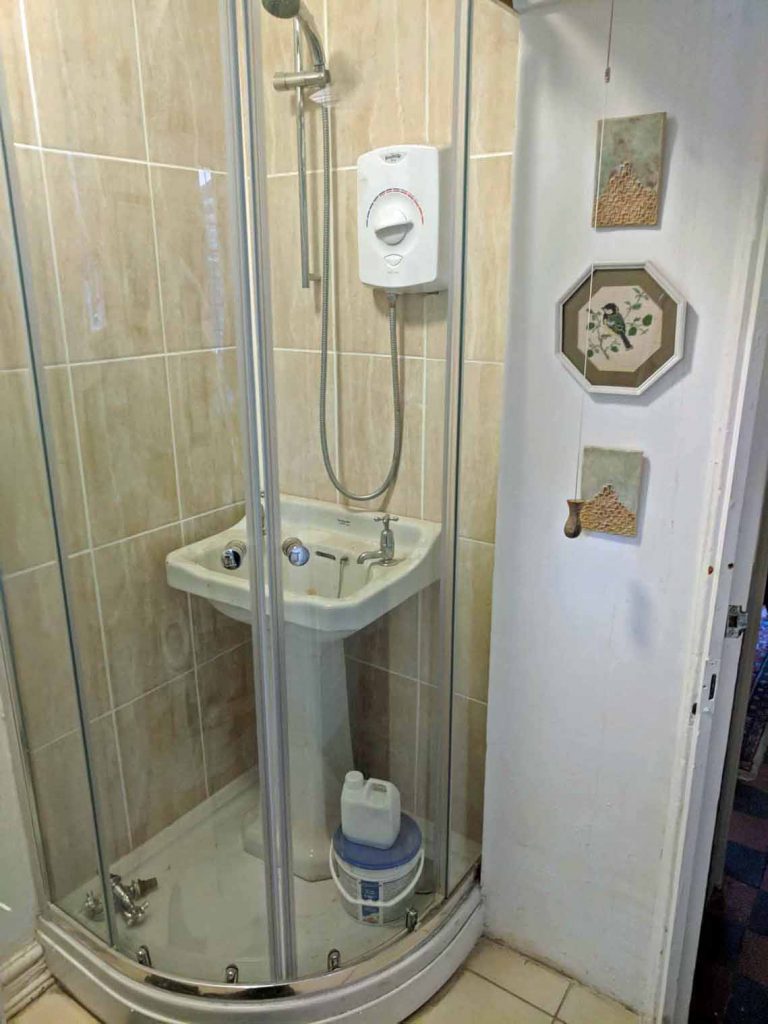 We wanted to make it feel utilitarian but still appropriate for visitors.

Many of the items such as pictures were just re hung. The worktop and shelf is made from an old school lab table (we had a top still left over from  when we  built the kitchen) we then added Iroko upstands from worktop express. The tap also acts as a shower for the dog and a plant waterer with the mixer spray which was made by Perrin and Rowe. The Victorian mirrors were local ebay finds. I painted one a soft black and the other I covered with silver leaf to match the distress of the old leaded silver mirror. The toilet roll monkey with his head in his hands is from dunelm. The light is a bulkhead light from Dowsing and Reynolds.  The new stained glass window was made to match the existing in cathedral glass (very difficult to photograph but both windows are made up of a mix of pastel opaque colours) and was made by Gerry who has done all our windows. For a full list of all the design ideas and where we bought read the downstairs loo and mud room post. 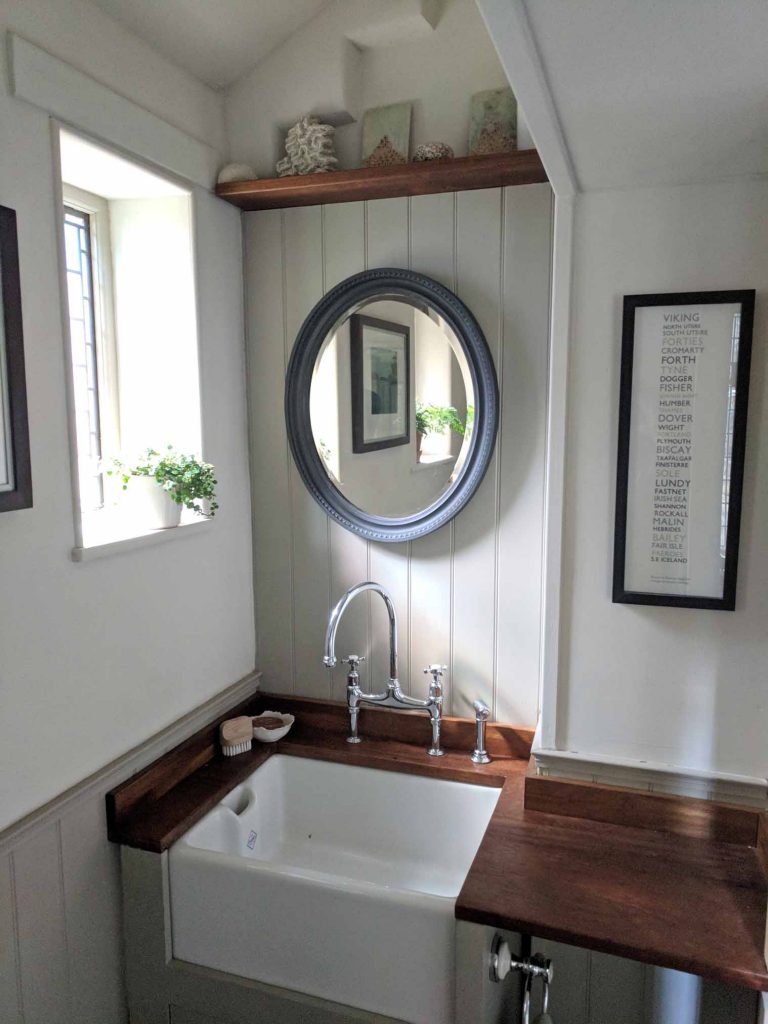 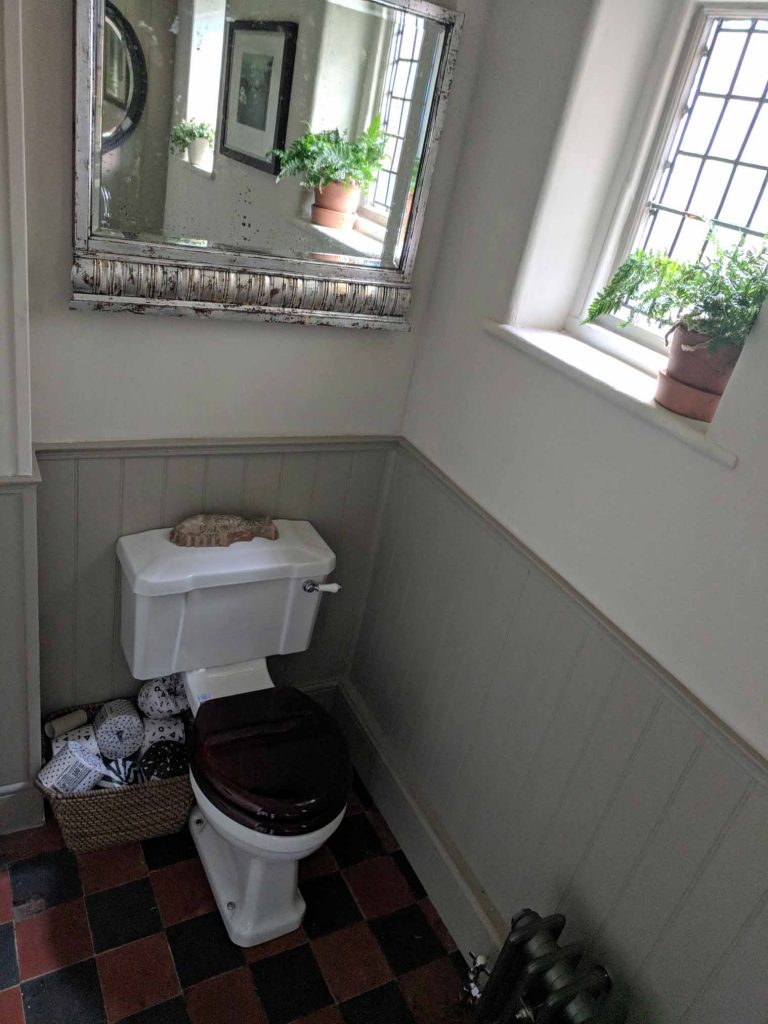 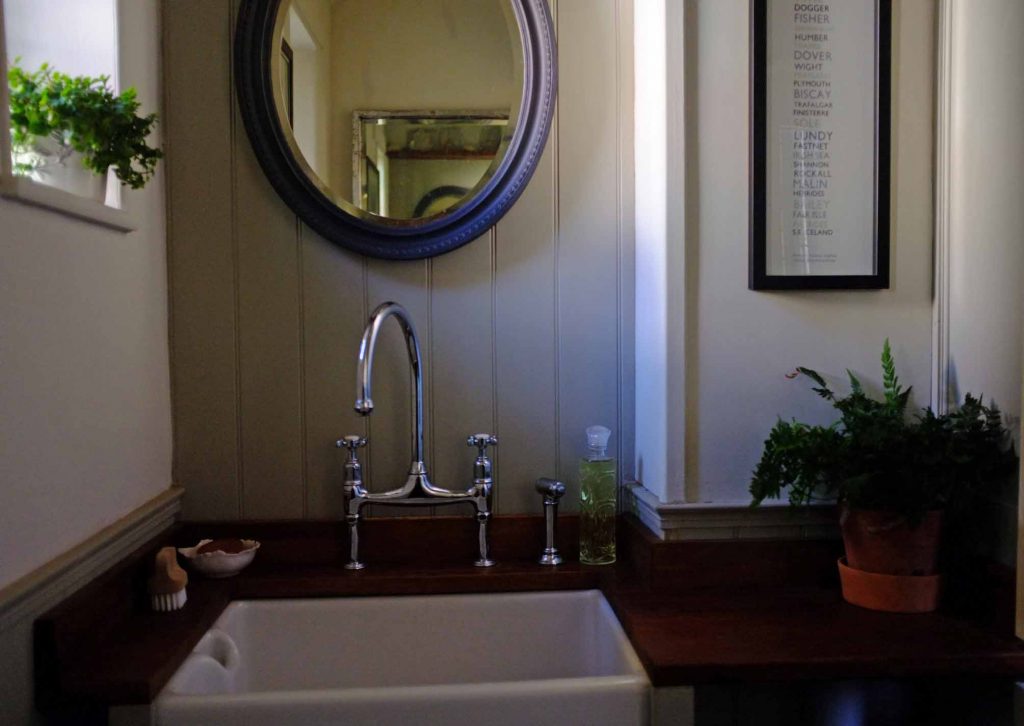 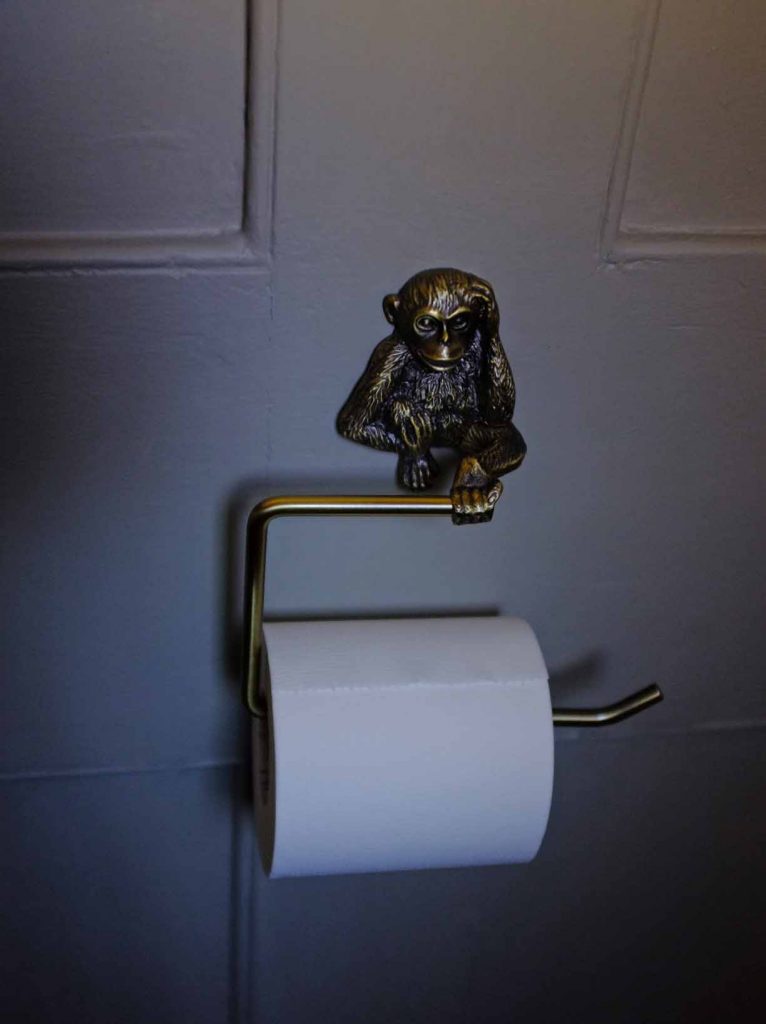 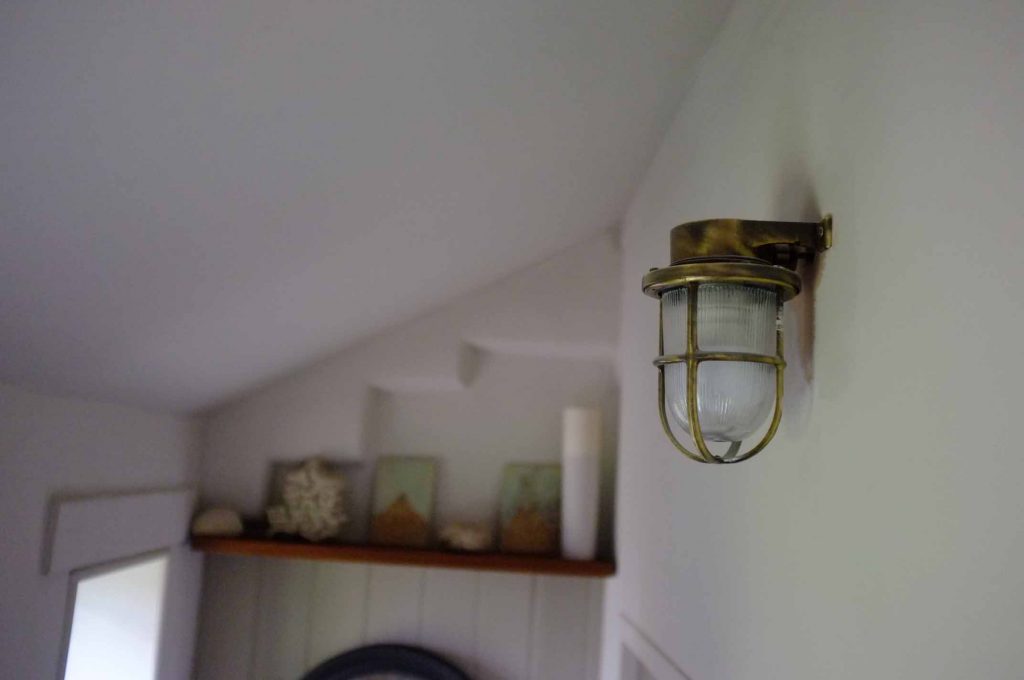 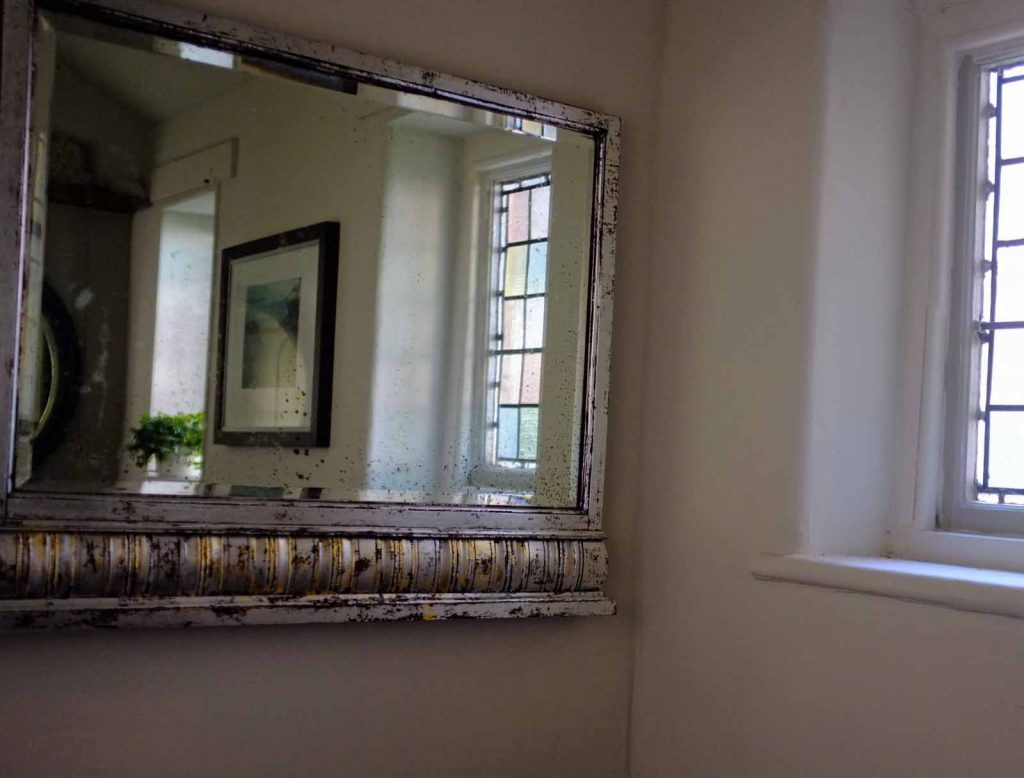 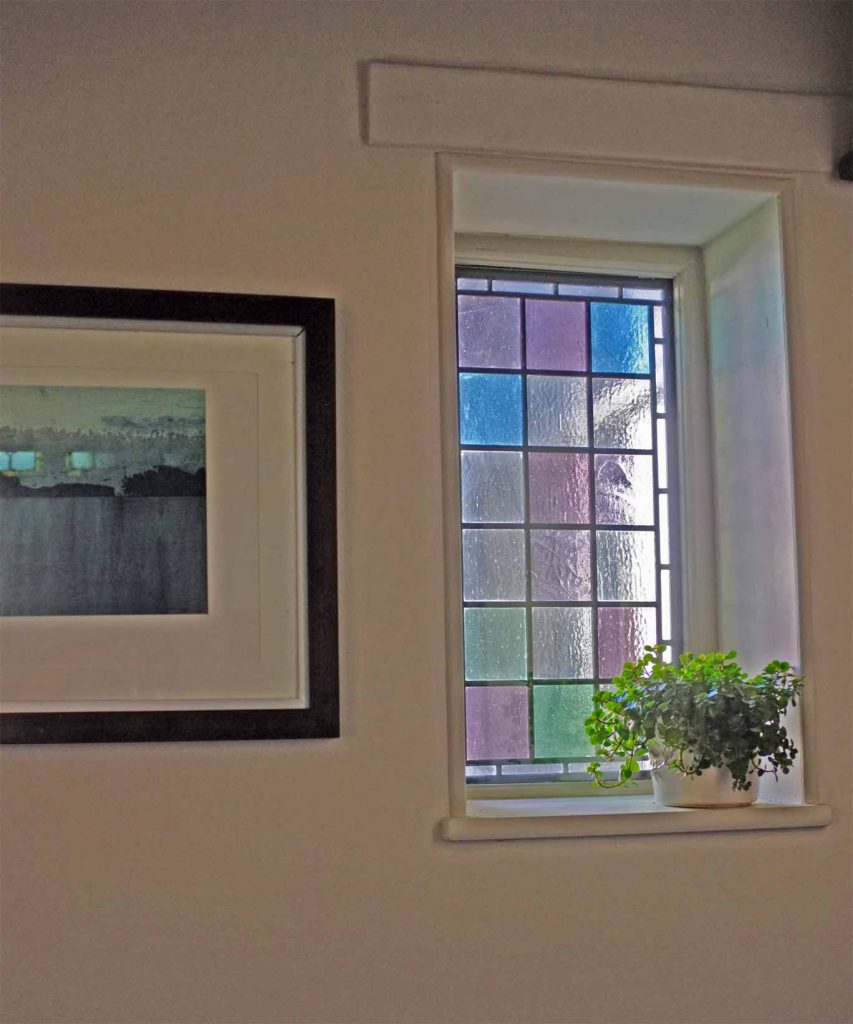 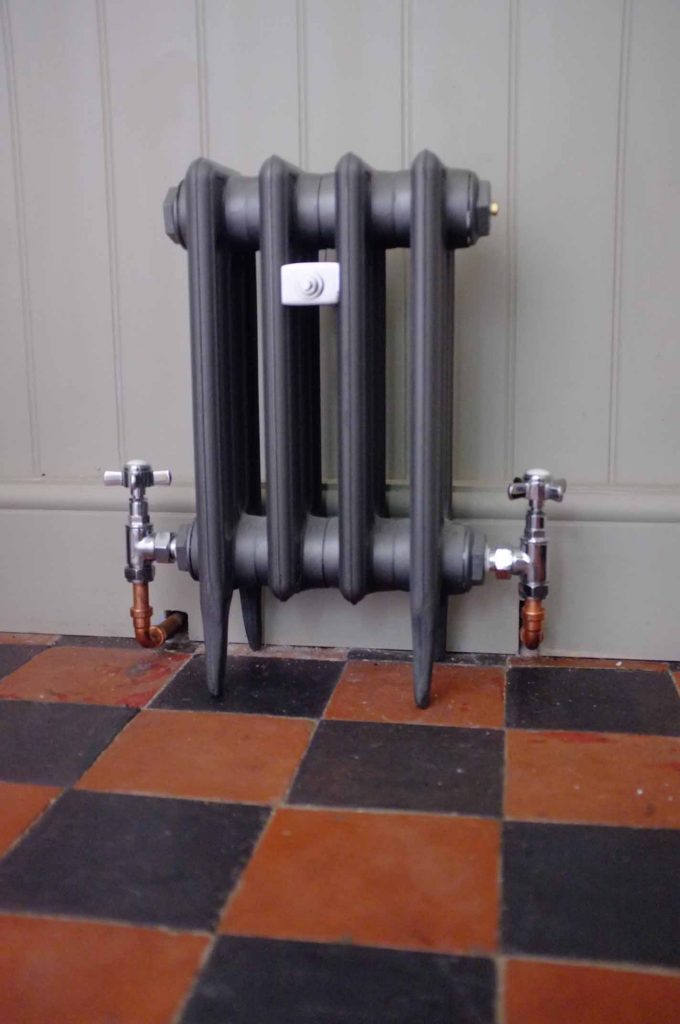 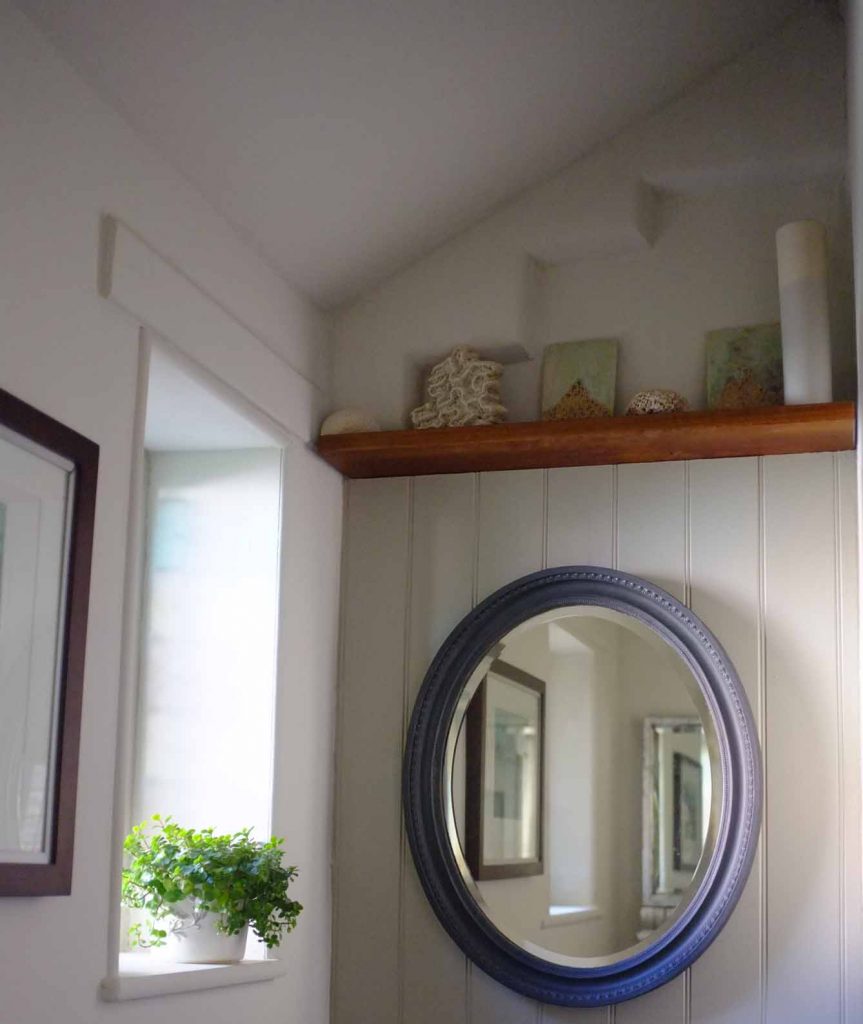 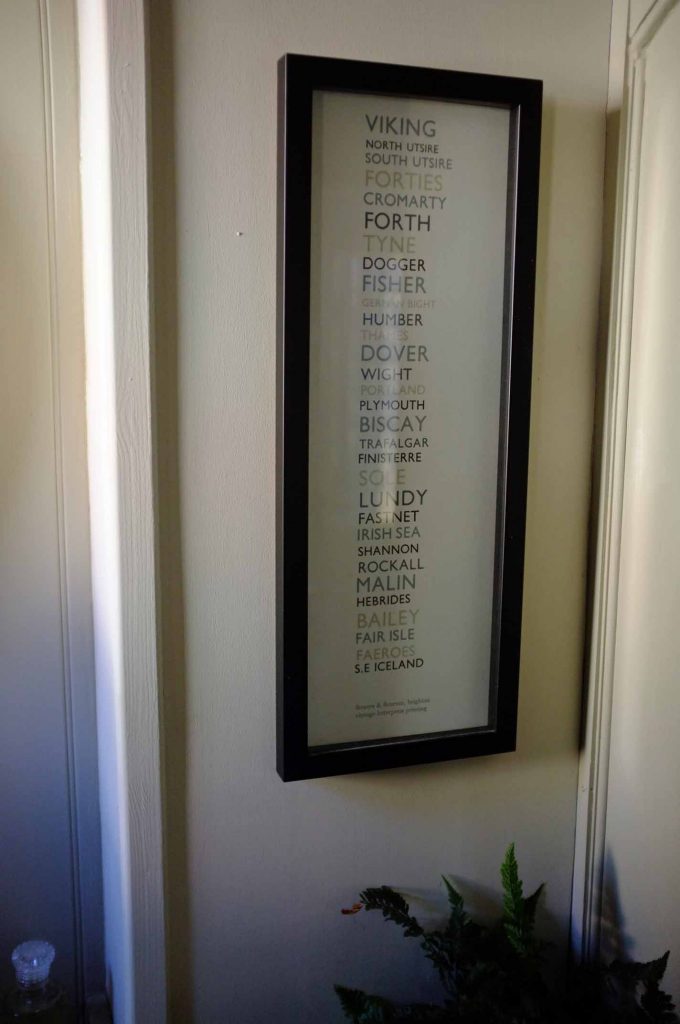 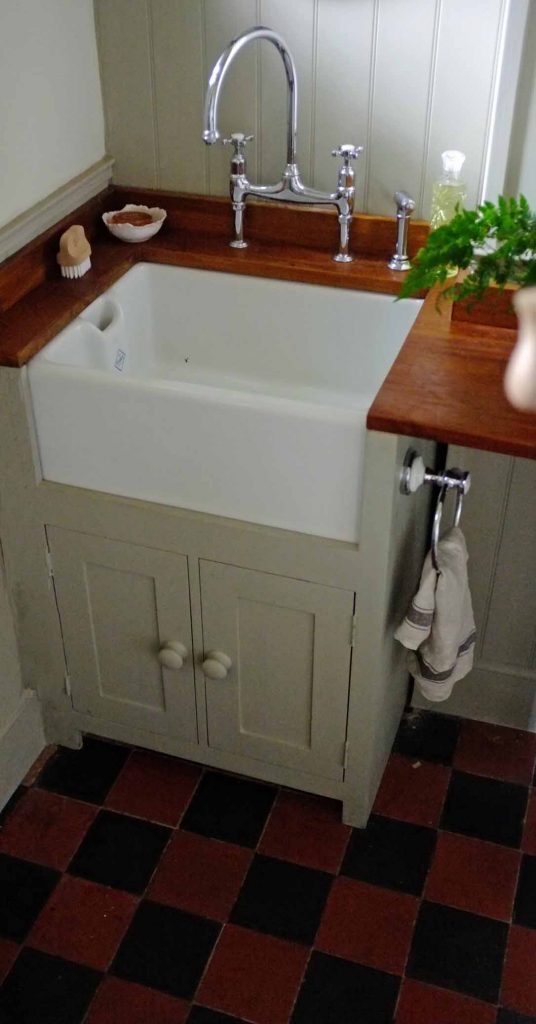 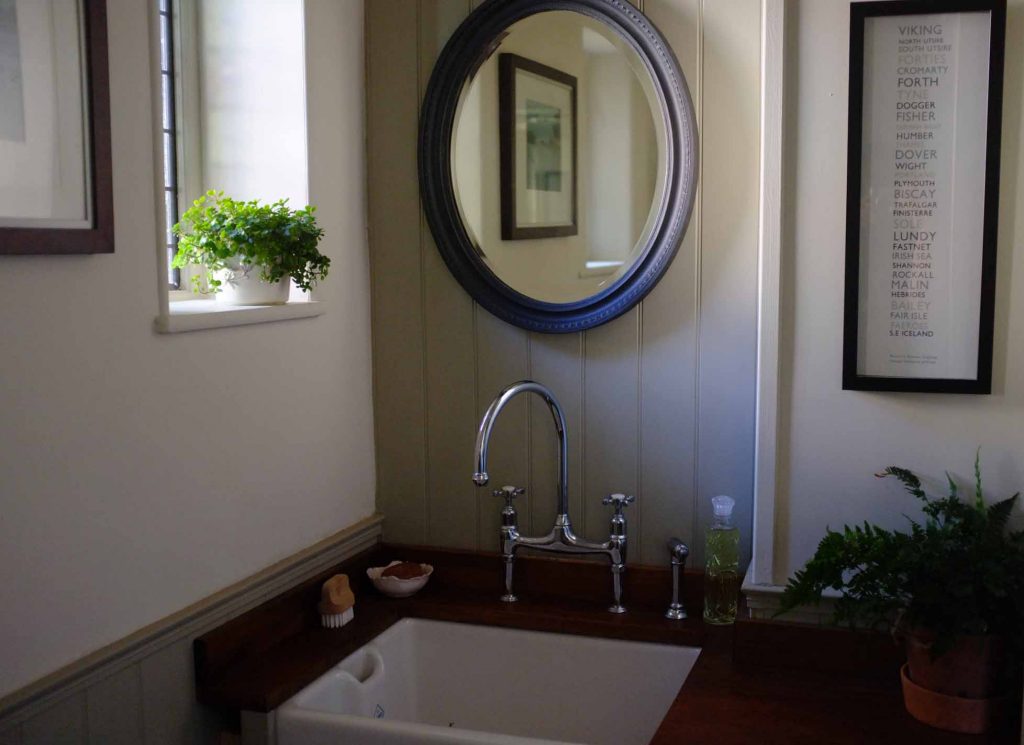 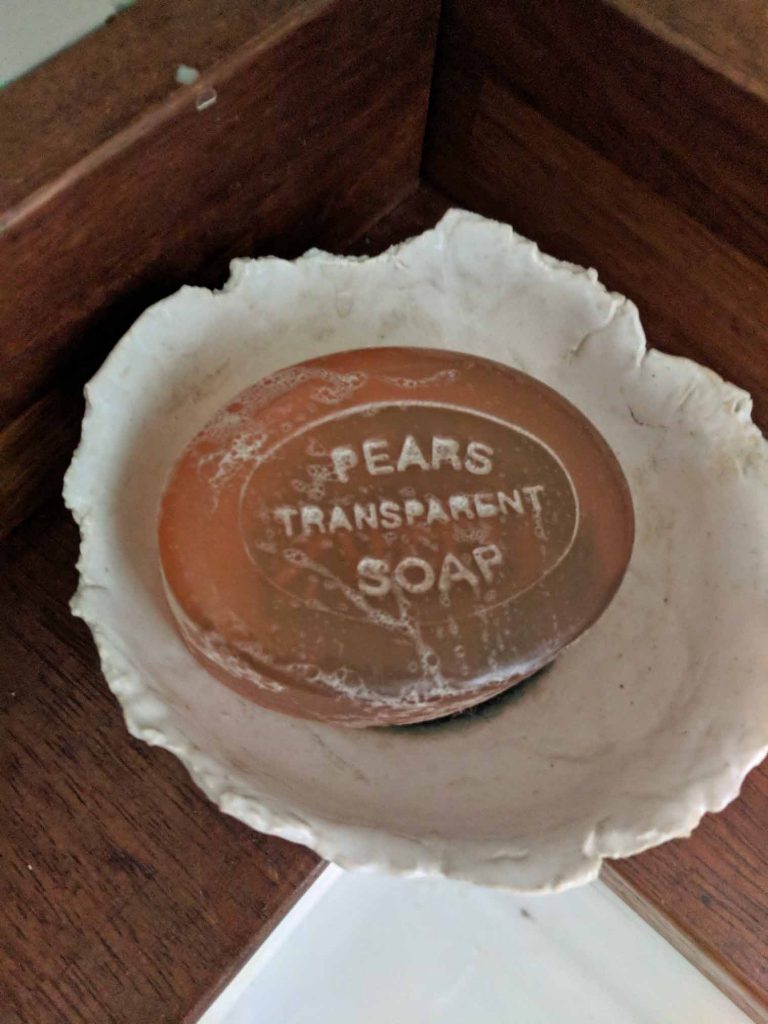