We have a coach house at the back of the house.  You can read a description of it here in an old For Sale notice for the house.  As you can see below the scaffolding has finally gone up as the roof needs replacing.

It needs some love – it’s quite bendy!…but also has bucket loads of charm built up over a century of use. 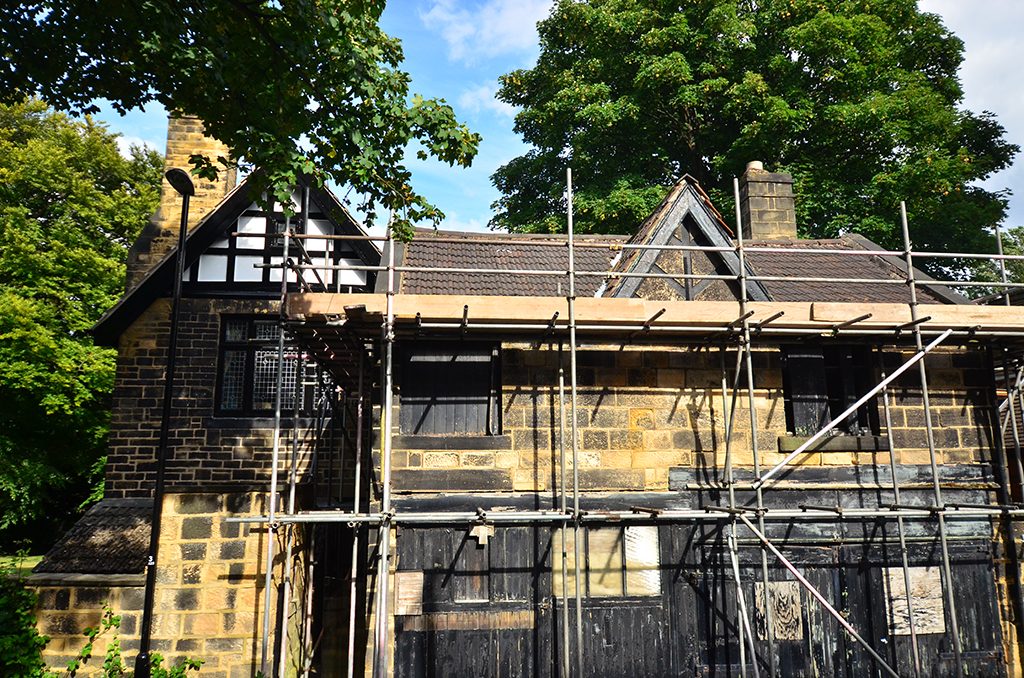 It’s fair to say that the coach house is very much in it’s original state.  All the old plasterwork is intact and the walls are peppered with old bits of cast iron which would have had a function back in the day when it was occupied by horses (and a coach, and a groom).  We thought we better capture it now as we have a feeling that as we start on the roof other work will inevitably need doing.

Here’s the ground floor of the coach house looking up to the Hay loft and the Groom’s room, 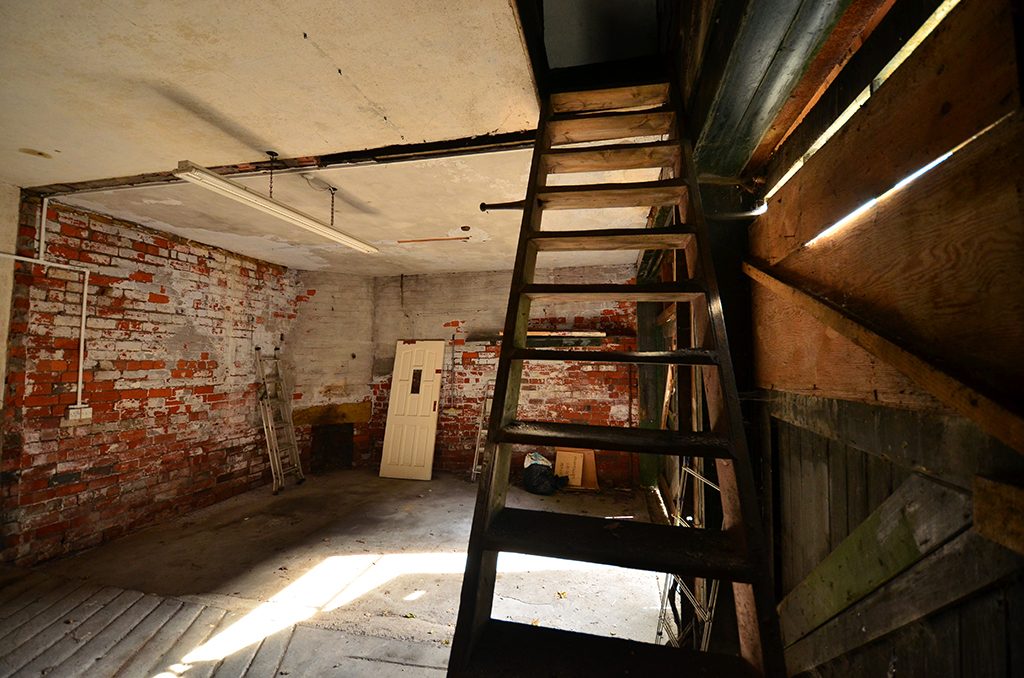 and the stable area, complete with drainage grooves, hole in the ceiling for putting the hay through and you can still see where the semi-circular hay baskets were attached to the walls.  (God knows why someone at some point built some breeze block structure – won’t be there much longer!) 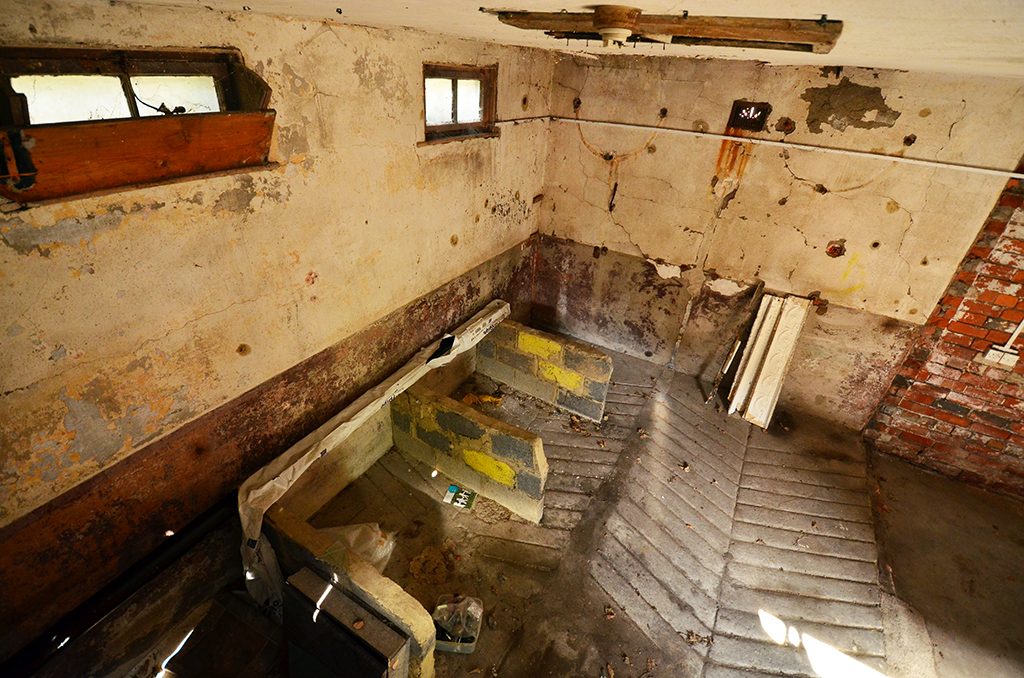 So, if we go up the steps and through the door we get to the Groom’s quarters, 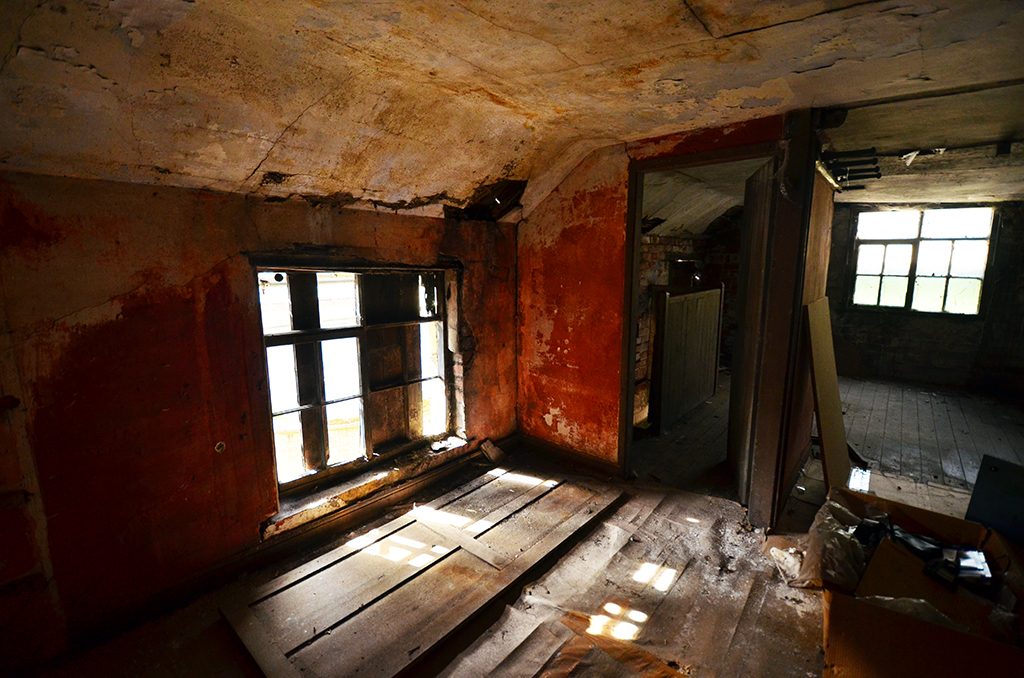 and the Hay Loft, 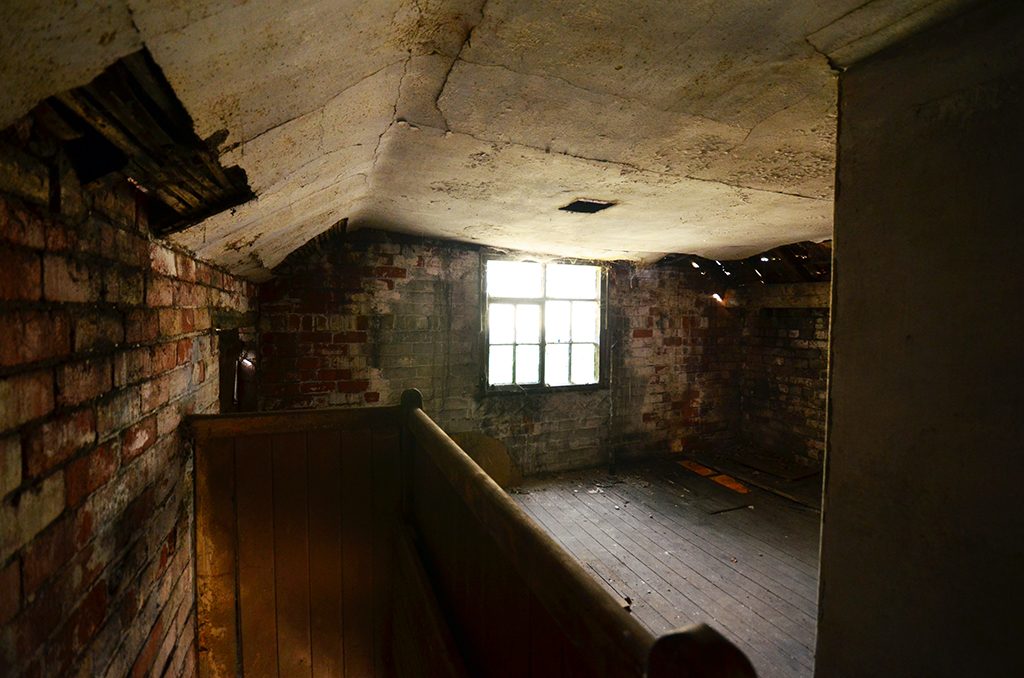 and back down the stairs down to the Stable – complete with a fold-down trap-door which covers the whole stair well. 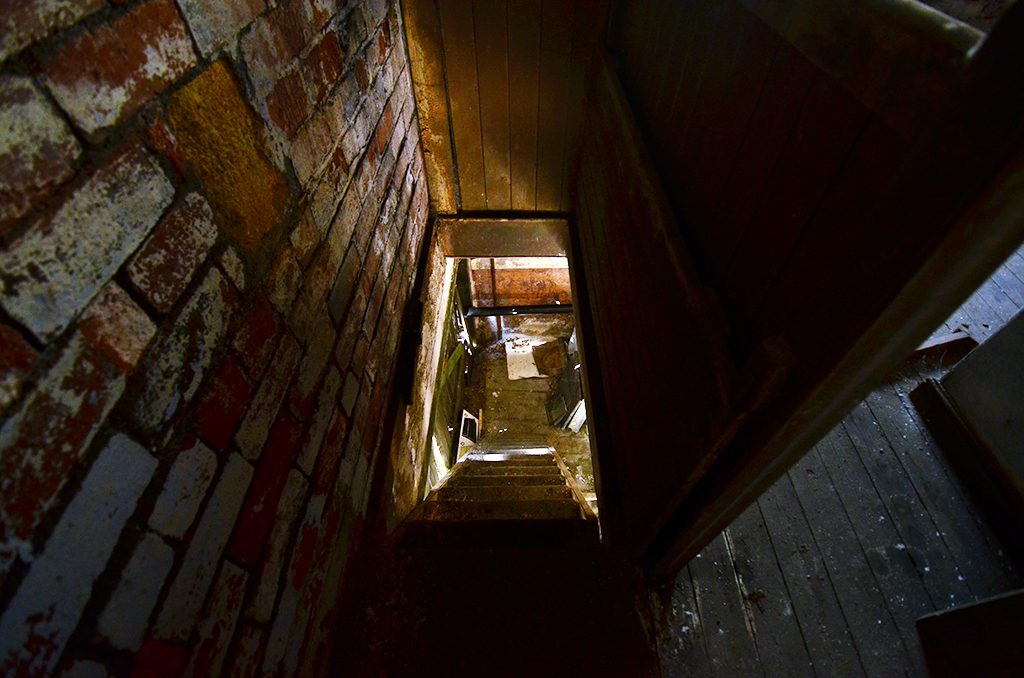 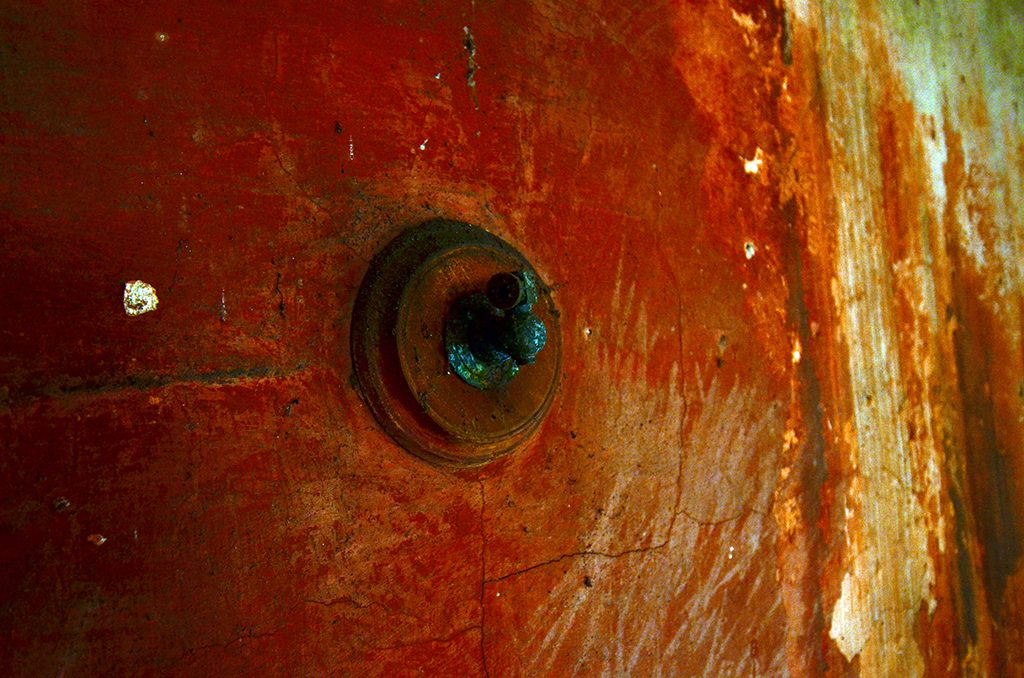 Finally, here’s what it looks like from the other side in the courtyard in the middle of the house – you can see two blocked up windows on the right which match where the horses would have stood – maybe they had their own windows once upon a time? 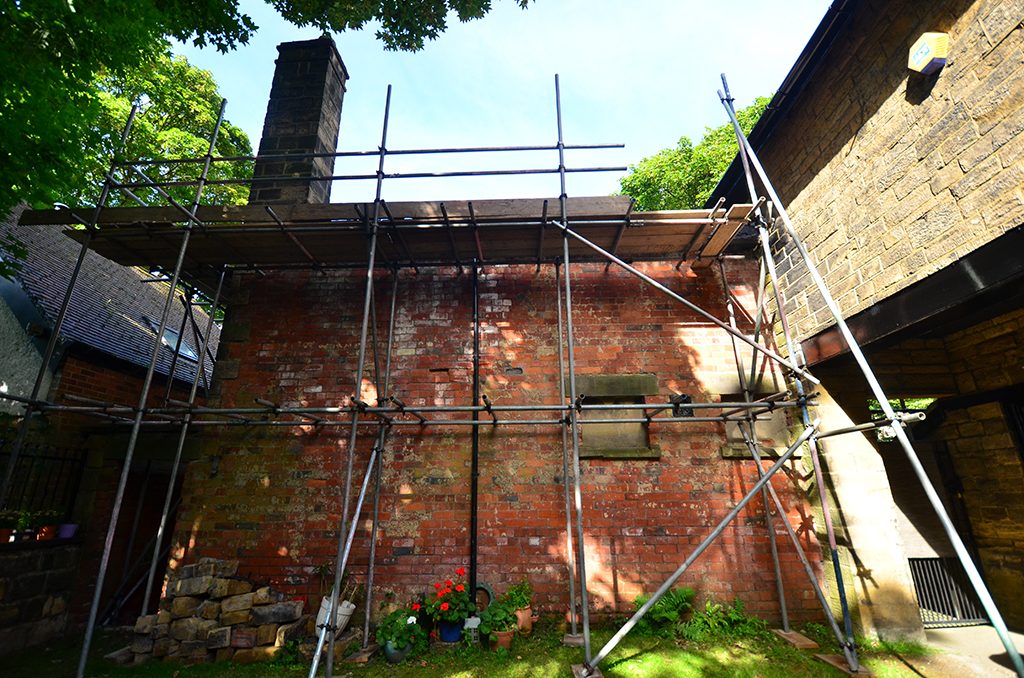 The roofers start tomorrow and we’re pretty certain there will be some ups and downs as the old roof comes off and the new goes on – let alone as we start to make sense of the interior….wish us luck.