We have lovely big wide stairs, a massive stair well with a landing and a giant stair window which is over 3m high. Most lights look dwarfed in the space. we had tried three different styles but none of them were working. 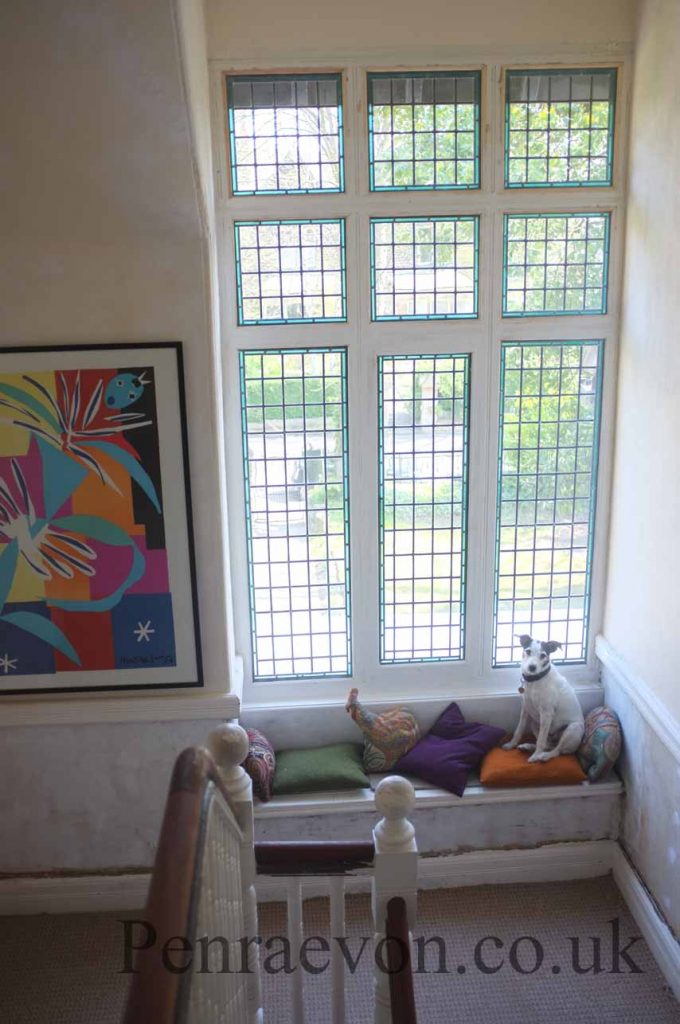 To balance the space we wanted a statement stair light. On a recent scour of Ebay I came across this beauty, it was available as collection only in Beverley (East Yorkshire) for £80, not far I thought, (actually it was a lot further than I thought) and not too much for an original 1970’s Murano glass cascade stair light.  This is the photo from the original Ebay listing: 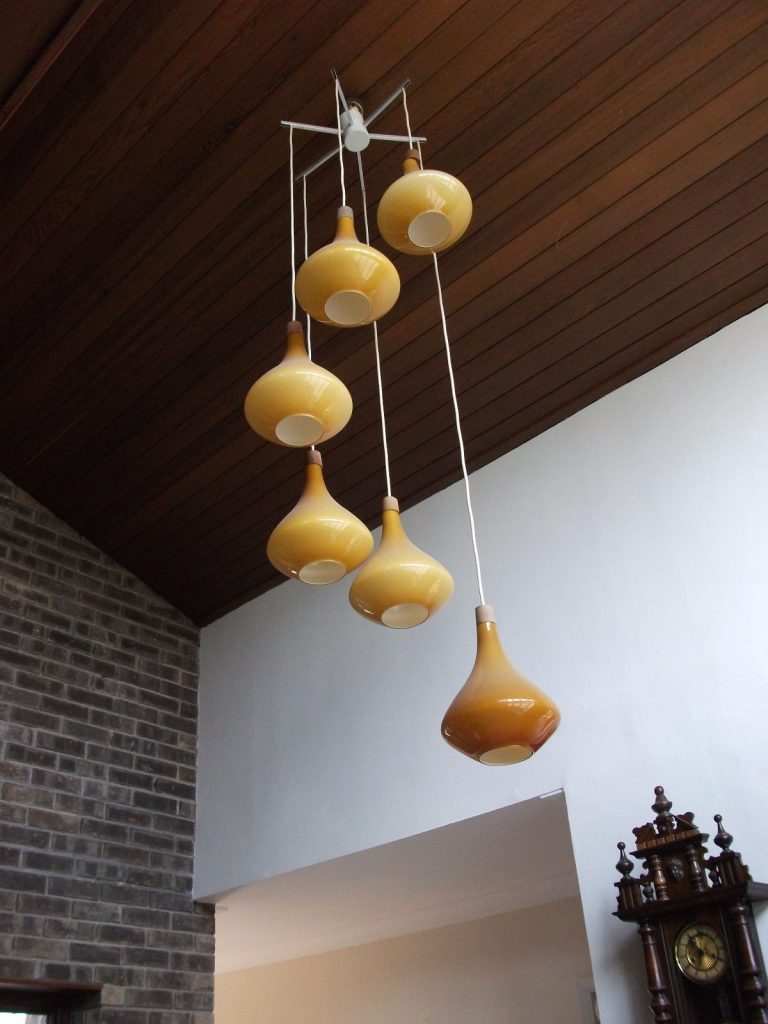 Murano glass is the name for hand blown glass made on the Venetian island of Murano. These cascade lights were designed for stair ways or hotel halls. I haven’t been able to track down the maker, there are no labels anywhere (anybody able to help?) The light had been purchased by the architect of the 1970’s house and installed when it was built in around 1976, and always called a murano light. The present owners were not fans of the 1970’s and were redecorating in a New England style.

The light needed rewiring and cleaning. It is very heavy with each of the glass shades being a yellow mustard glass with a white glass interior of about 25cm diameter topped off with a teak stopper. This is a picture of the stair light stripped down to all it’s parts. 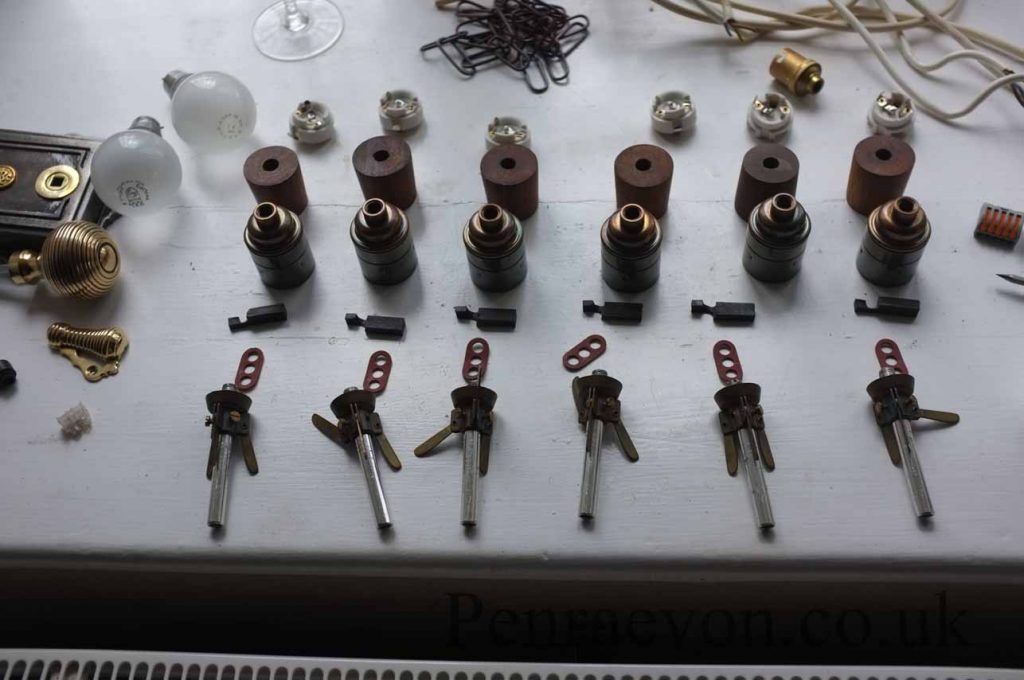 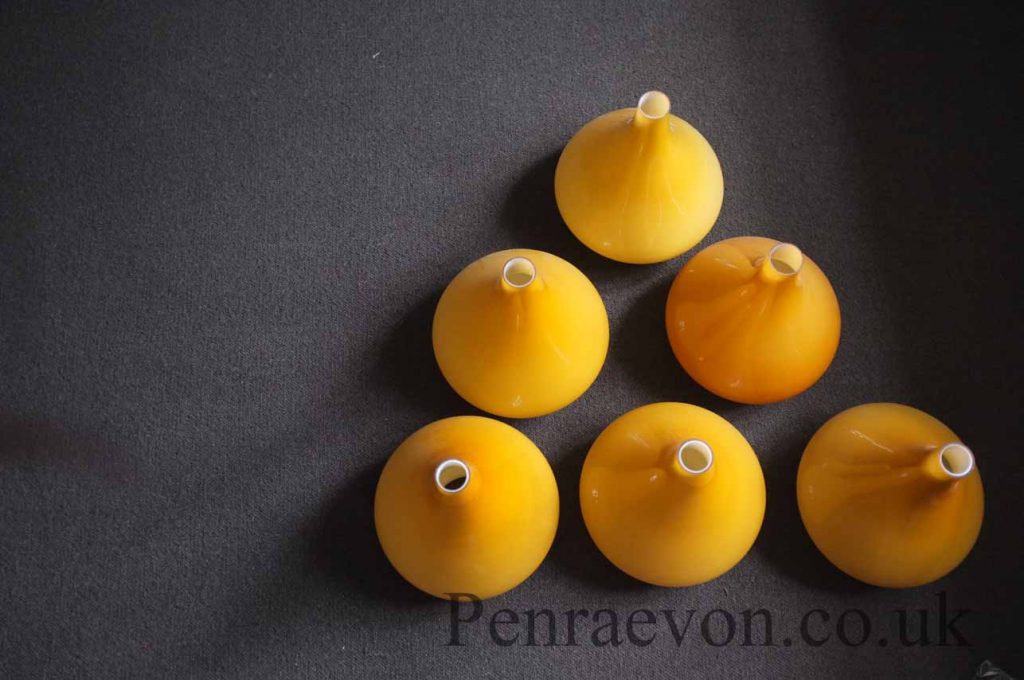 We used new black 2 core fabric cable and new bulb fittings from Dowsing and Reynolds, all the other bits were from the original light fitting. The light was then gently winched towards the ceiling and bolted with chain to a joist in the attic above. We love the new light and it gives a bit of theatre and energy to the space. We also installed a dimmer switch so we can control the light. It looks amazing from outside the house as it lights up the stir window. 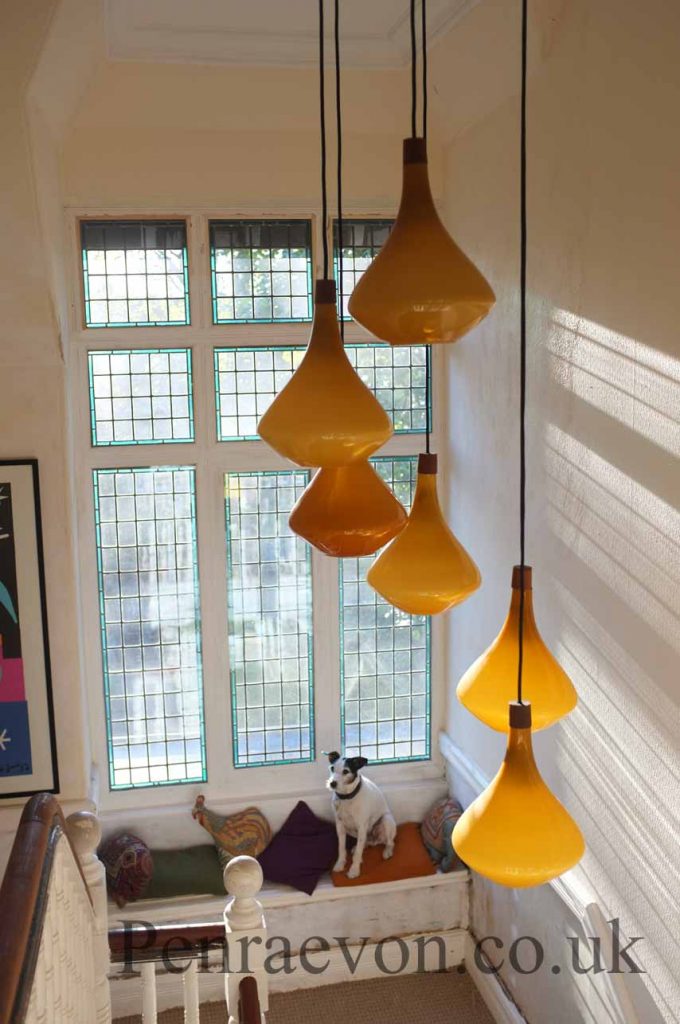 How to fit a heavy Stair light above a stair well?

It actually took a bit of thinking about how to get the light attached to the ceiling (without using scaffolding!).  If you’ve ever put up lights you’ll know that they can be really fiddly and if they’re heavy it only makes things worse.  We knew we would need to chain the light through the ceiling, but we didn’t quite know how we would suspend it over the stairs whilst we attached the chain and mains cable, given the eight metre drop from the ceiling to the stairs below? 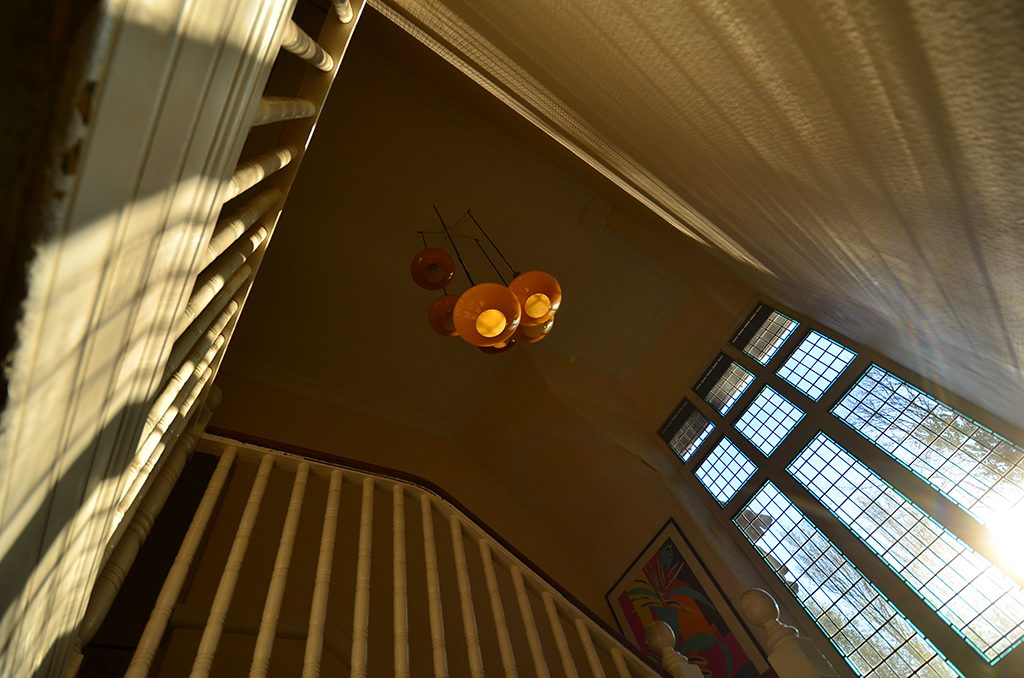 The answer was actually quite simple.  We got a really long piece (15m) of mains flex and attached that to a junction box in the attic where we also attached the mains cable from the switch to the old light fitting – we also got a really long length of chain and attached one end to a joist.  We measured where to place the light in the ceiling (got it right the second time!), drilled a hole and then fed the chain and flex through.  We could then attach the chain and connect the flex to the light whilst the light was on the landing floor.  Then it was easy to go back into the attic and carefully hoist the chain and flex back up into the attic until the light was at the right height;  one person hoisting in the attic, and the other gently guiding the light upwards!