We have been stripping back the stairs. There was Lincrusta covering the hallway going all the way up the stairs and round the landing. Some of this paper had been removed from under the stair window probably due to damp and the pattern in general had been painted over and over again until the detail had almost disappeared. 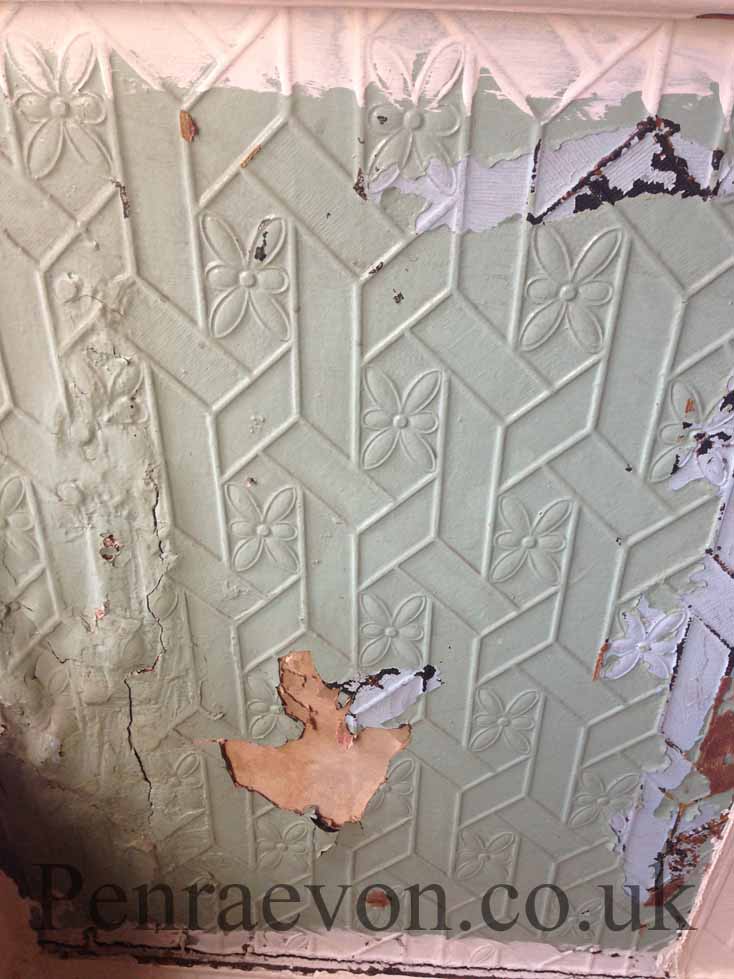 Unfortunately it was not still in production but they did suggest a repair kit, instead we opted to remove the damaged area. We have kept the Lincrusta up the second flight of stairs and in the landing. When we stripped off  the lincrusta from the bottom flight of stairs we revealed the original wallpaper underneath. It is a red ochre thin printed paper which appeared to be varnished with albumen. The wallpaper depicted butterflies, birds, a maple tree and honeycomb. It would have looked fantastic against the encaustic tiles. It was too damaged to keep so the only record of this is now as these photos. The stairs have been fully stripped and all cracks have been smoothed over, next stage will be to paint. 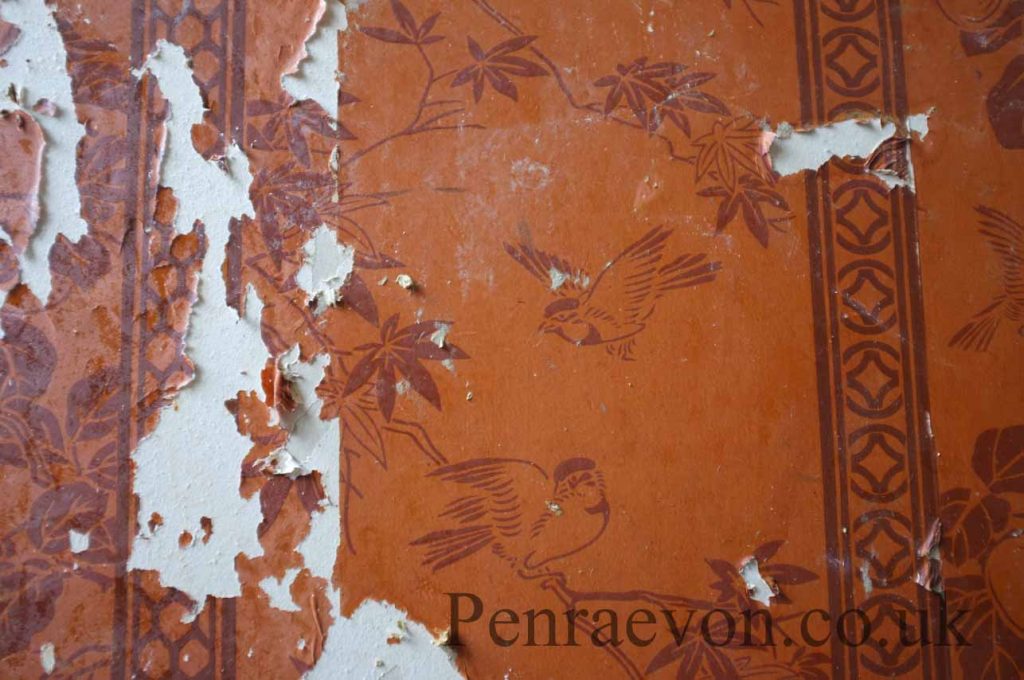 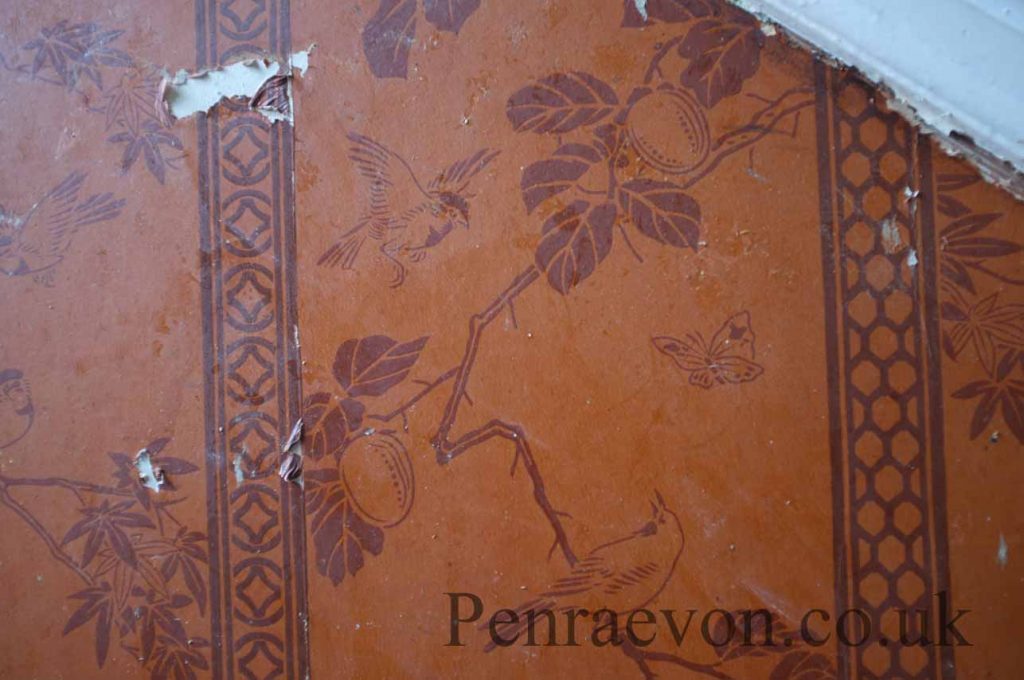 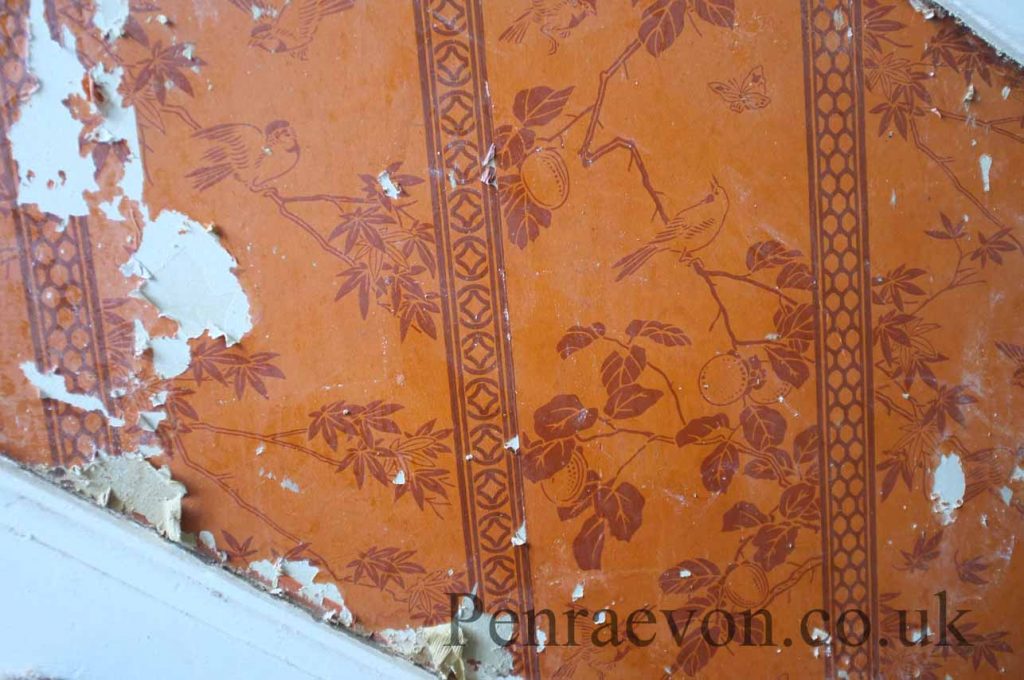 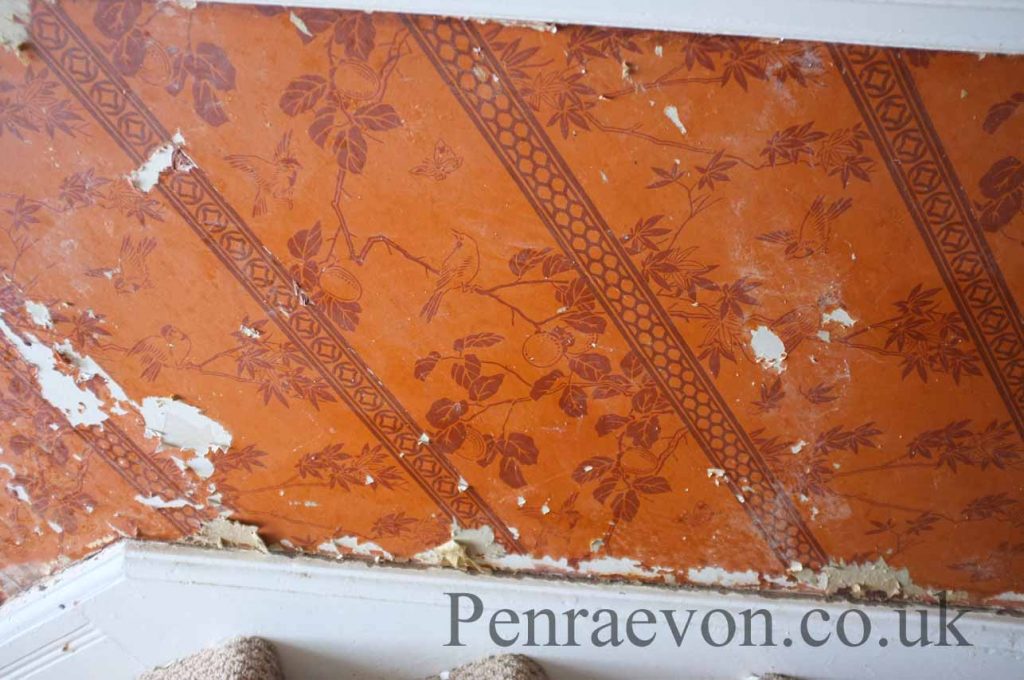 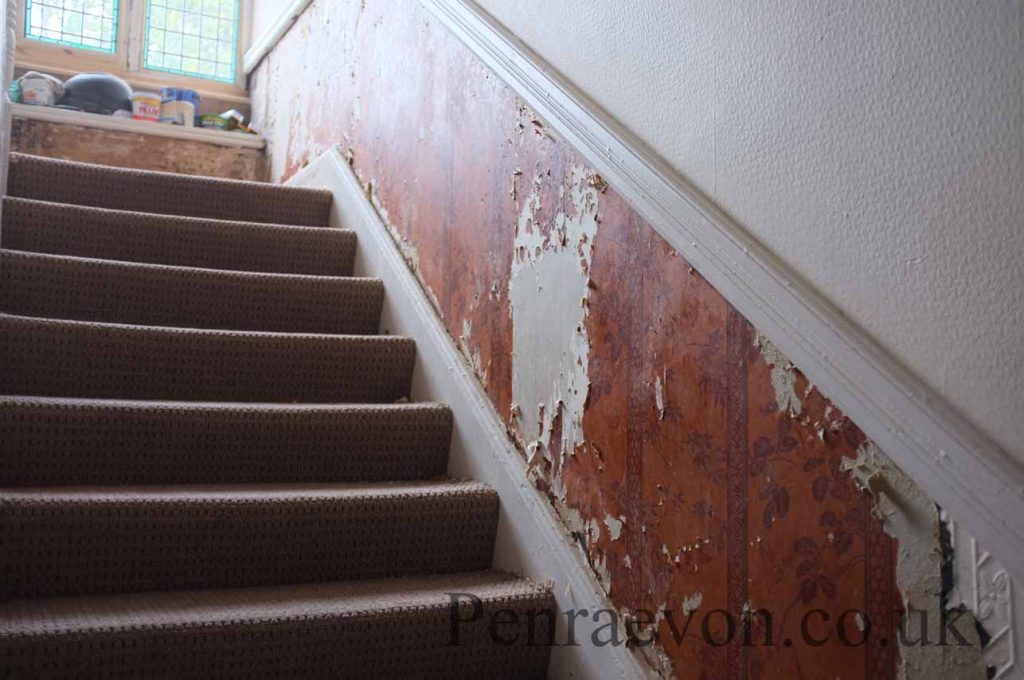 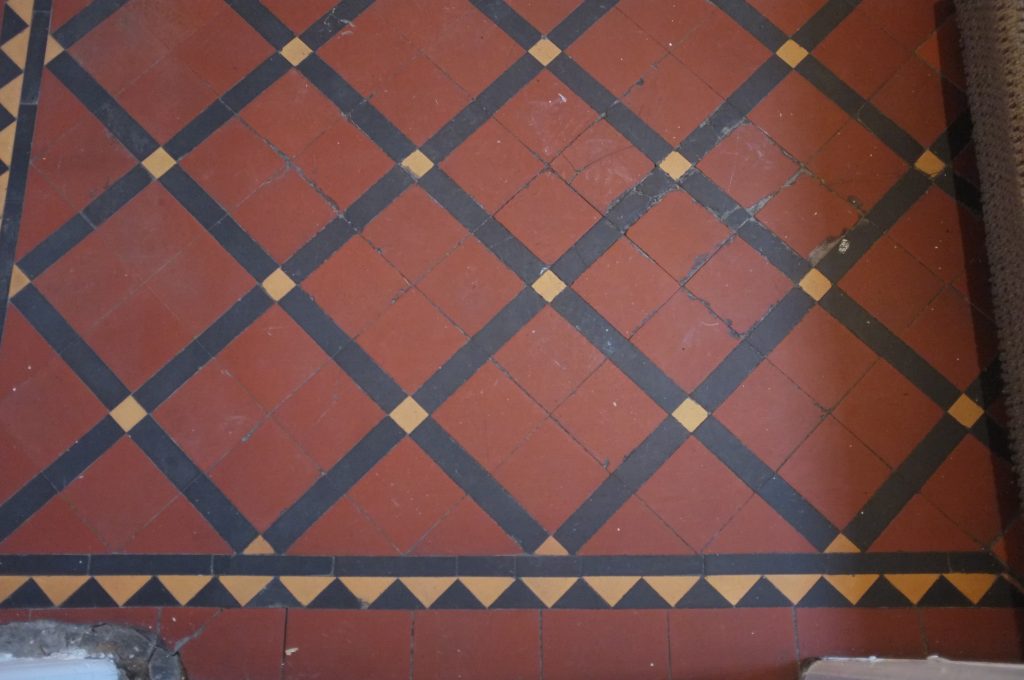