This room was called the garden room as we did not know what else to call it, the previous tenants had used it as a bedroom,  before that it had been an office,  though originally it had been the formal dining room. It had deep open work coving and a low dado. The garden room represented what we wanted it to become, a room that was surrounded by garden. It certainly wasn’t a reflection of what it was despite the giant mural of a rose (not ours but the previous tenants) 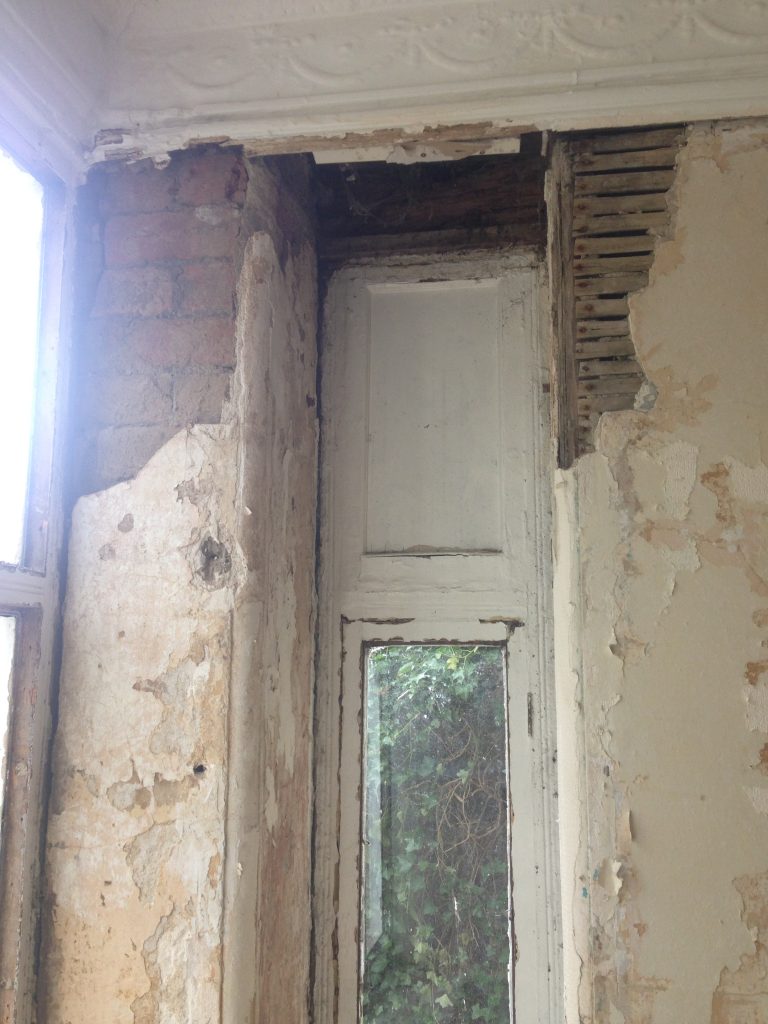 It was a sad room, when the floor fitters came to measure up the house they called it the room with window bars (mmm nice description) In summary its problems were

– holly tree blocking all the light to the room

– bars at the window

– damp in the corner

– floor had been re-boarded so no original floor boards

– radiators installed on an angle (think the installer had been drunk)

Mind you we did make it our living room for the first two months whilst we did up the other room (needs must).

This process took 3 months and involved plasterers, roofers, glazers, builders, carpenters, floor fitters, electricians, plumbers, and a sandblaster (for the fireplace)….and a lot of prep, finishing and decision making by the two of us! 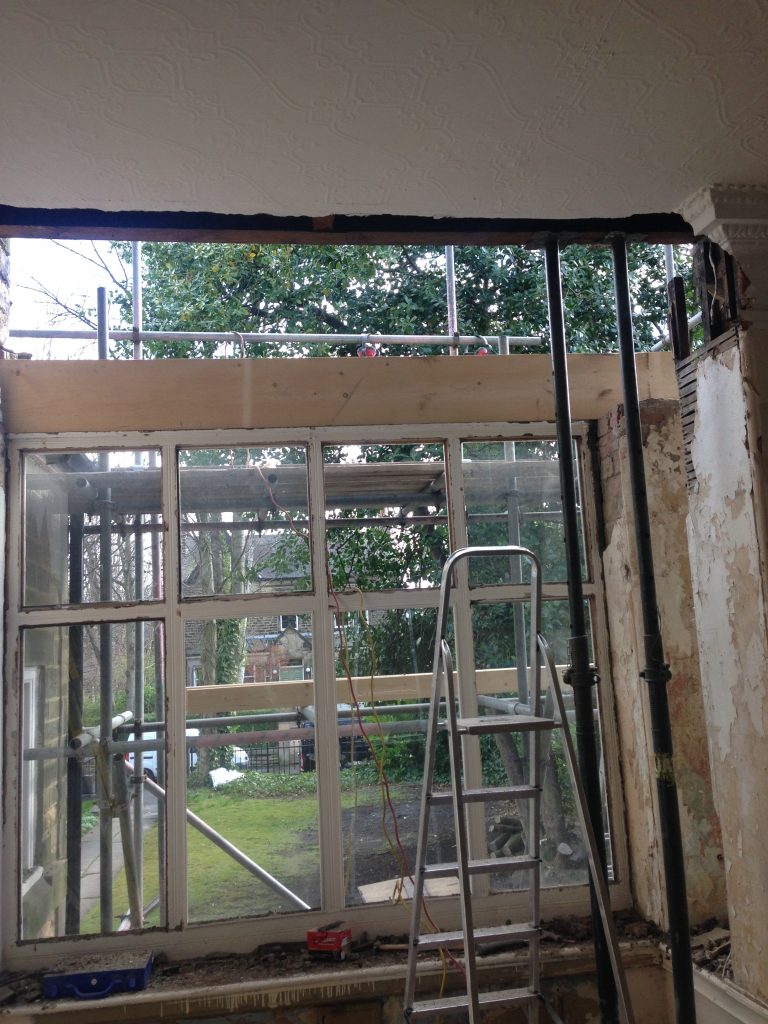 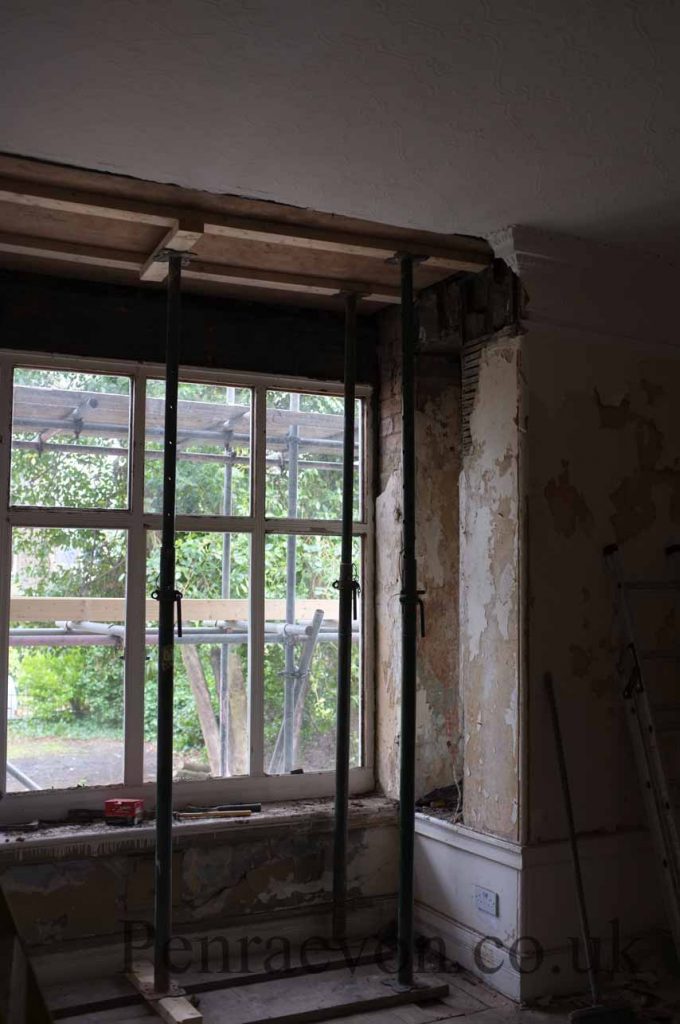 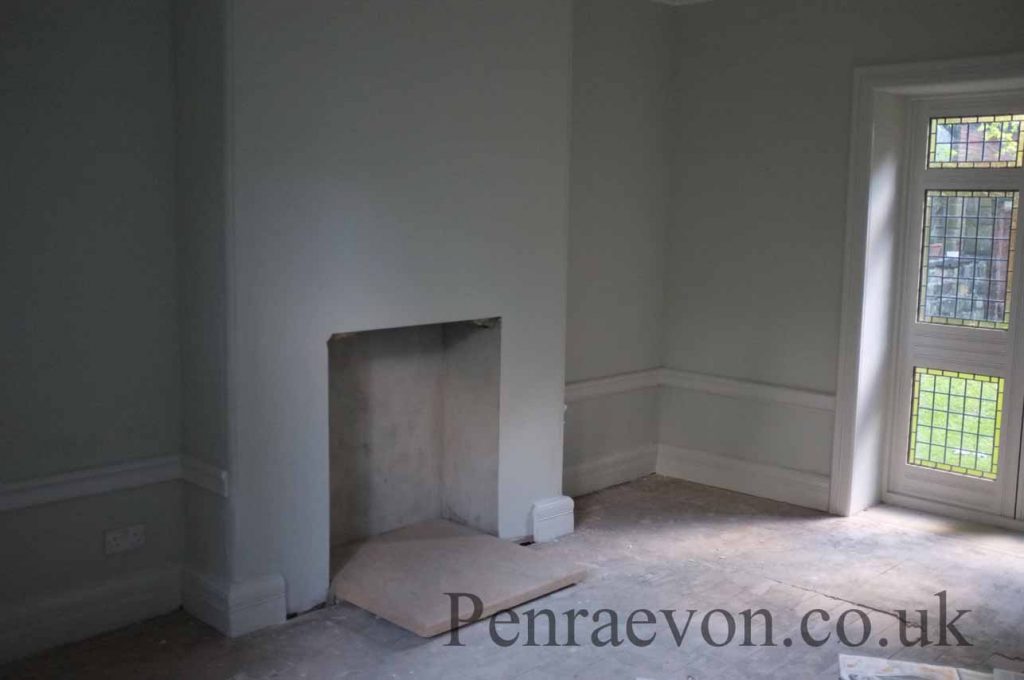 So what did we do? we got the tree cut back (see tree cutting) which allowed more light to flood in. We repaired the bay window. We put in a french door on the other side of the room (see french doors). Replaced missing skirting and dado. Knocked the fire place out. Installed a new fire surround. Updated all the electrics. Had the window bars removed, encapsulated all the stained glass, created matching stained glass for the missing windows.  Decorated. Installed new floors and a new door! The chair is an antique Victorian Liberty Carpet chair which I spotted on Ebay for £200, the chairs are all different Ercol carver chairs (I think everyone should have a seat with arms). They have all been bought from ebay for roughly £25 each. The clock is a Vitra Sunburst clock , the yellow pedestal is antique Burmantofts. The sideboard was another ebay find picked up from Harrogate for £75. The woollen blinds which have since been put up at the window are thermal lined and made from Moon wool in Melton Wool earth seagrass. 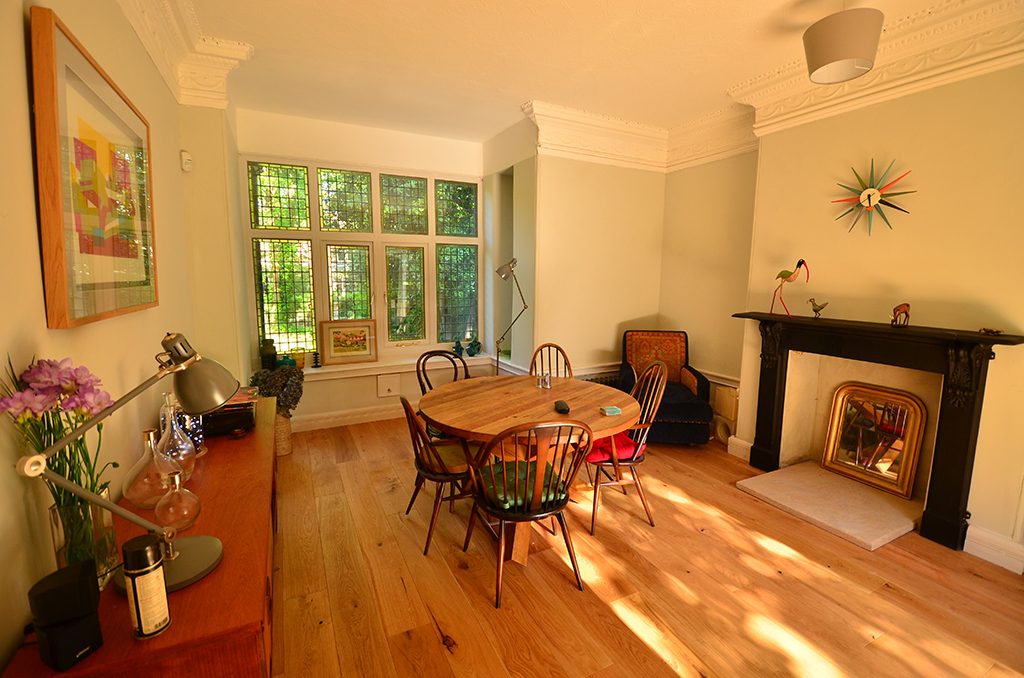 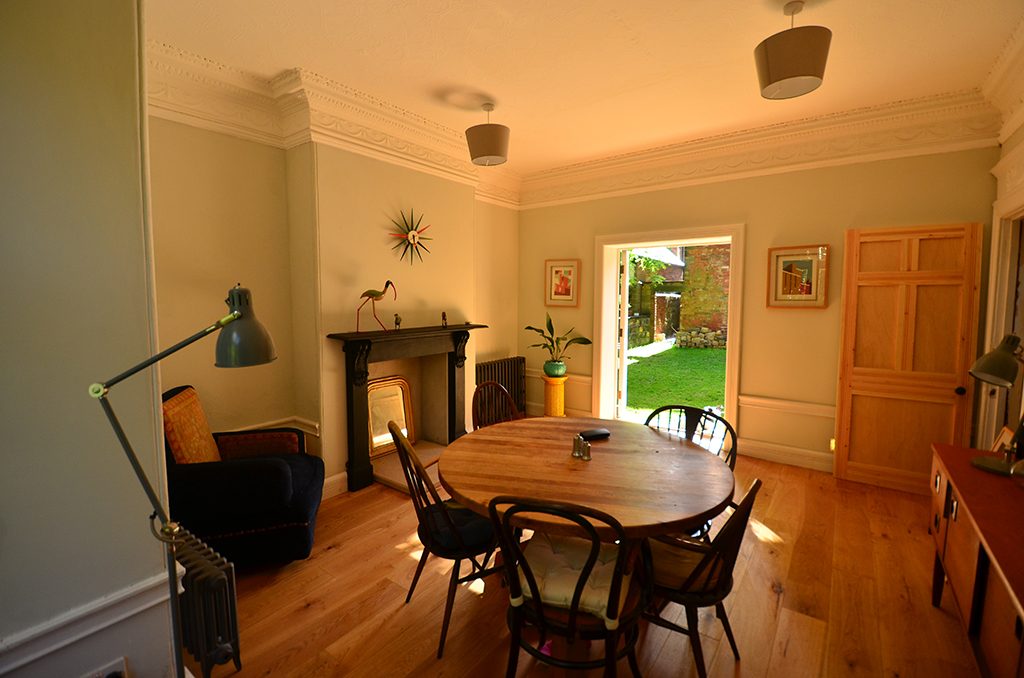 And here it is again, a year later – thoroughly lived in on a sunny winters morning 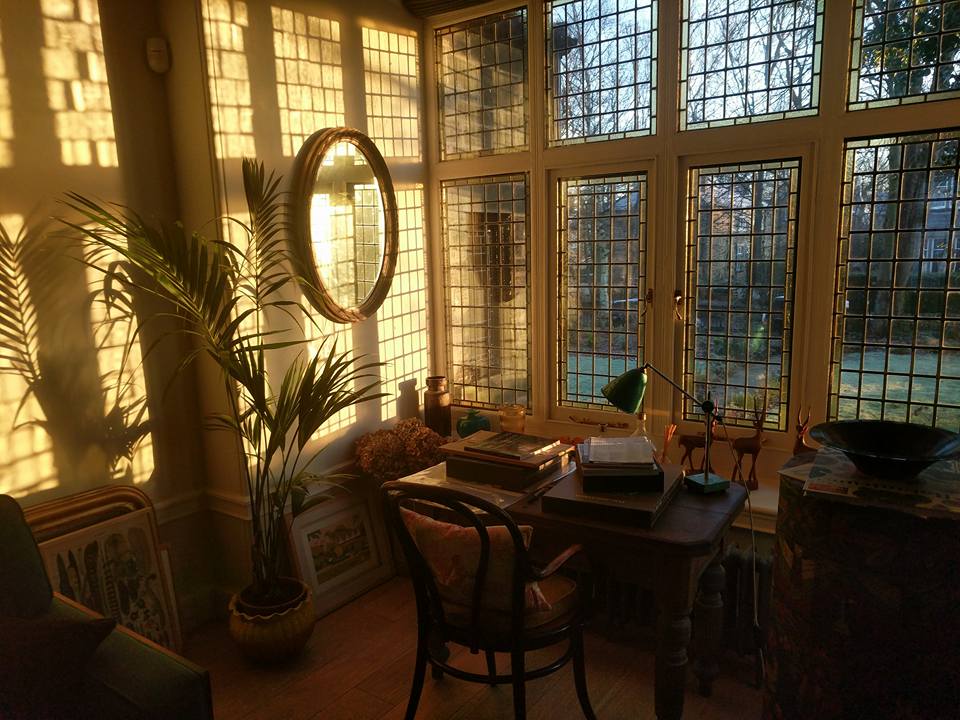