At first glance the paths were quite impressive (for some top tips check out the post about kerb appeal). It certainly wasn’t on our top ten of concerns, but as followers of Zen house restoration we knew it was what needed doing next.

Look a bit closer at the path and you soon notice it is not as lovely as it first appears. The bright blue liner is popping up through the gravel path, the edging stones are concrete blocks, the big slab between the steps is cracked concrete (not Yorkstone), the old footings gape open where an institutional hand rail had once been, the main front path slabs were cracked, uneven concrete slabs. The gravel was thin and mean, there were weeds growing through it  and it was spreading all over the garden and sticking in our shoes. We wanted edging in stone and stone pavement slabs. The whole thing needed smartening up. 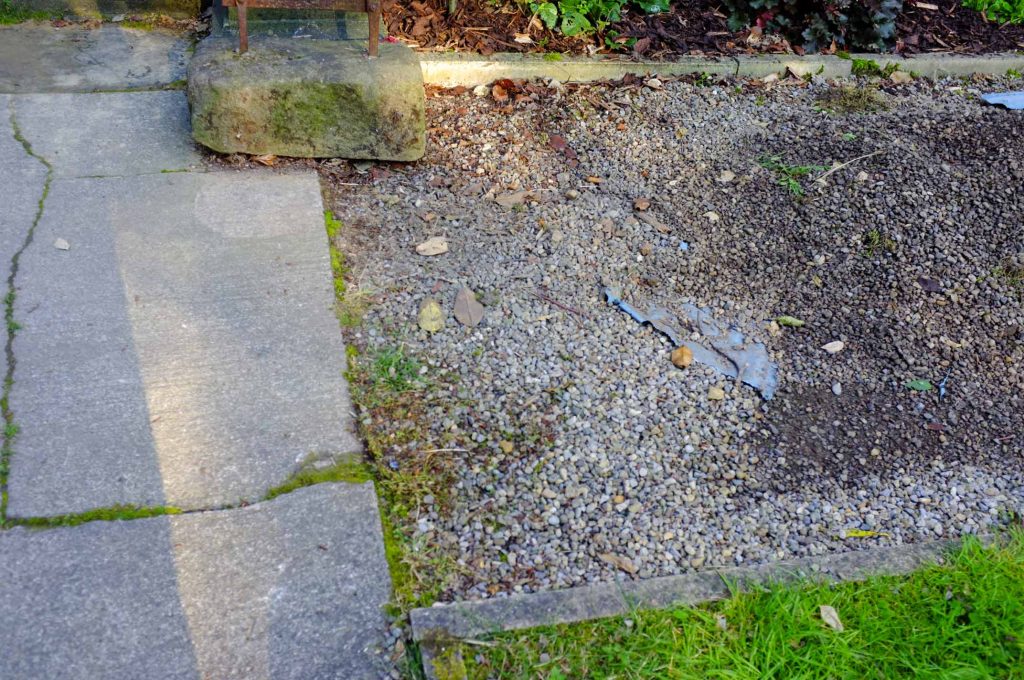 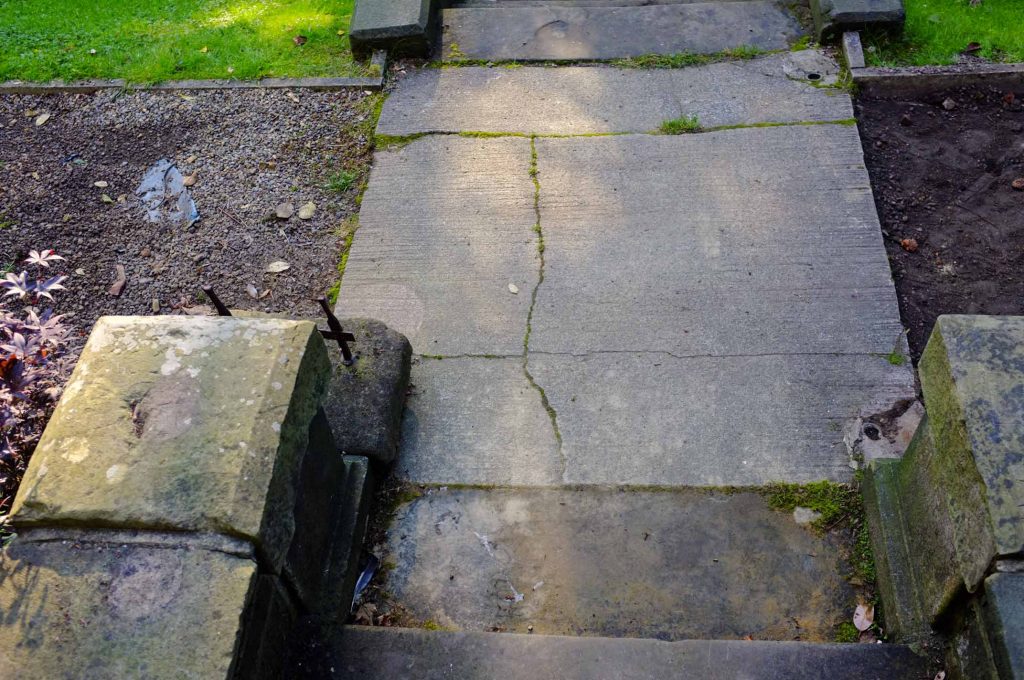 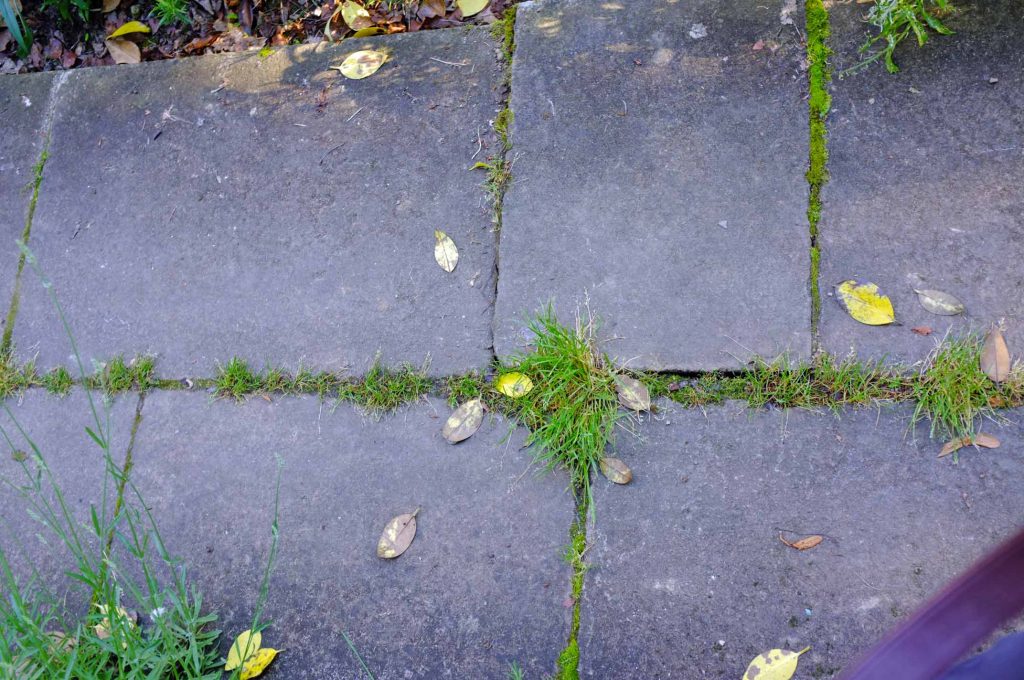 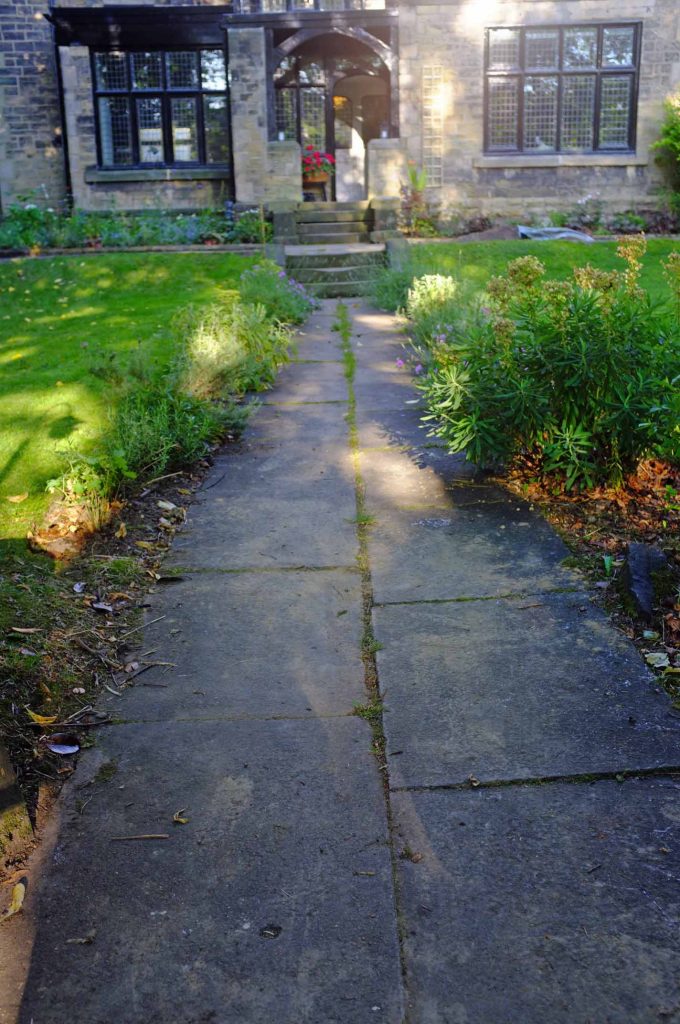 It wasn’t what we thought we would do next but it was what we needed to do next. The choice of stone was easy as we were really happy with the Indian Sandstone paving in the courtyard – especially now it had weathered in. People mistake it for york stone all the time and, probably because of the age of the house, think it was always there (rather than  3 months). We were also happy with Travis our builder who has an appreciation of the aesthetics of stone and he was available after another job had been cancelled, we grabbed the opportunity. 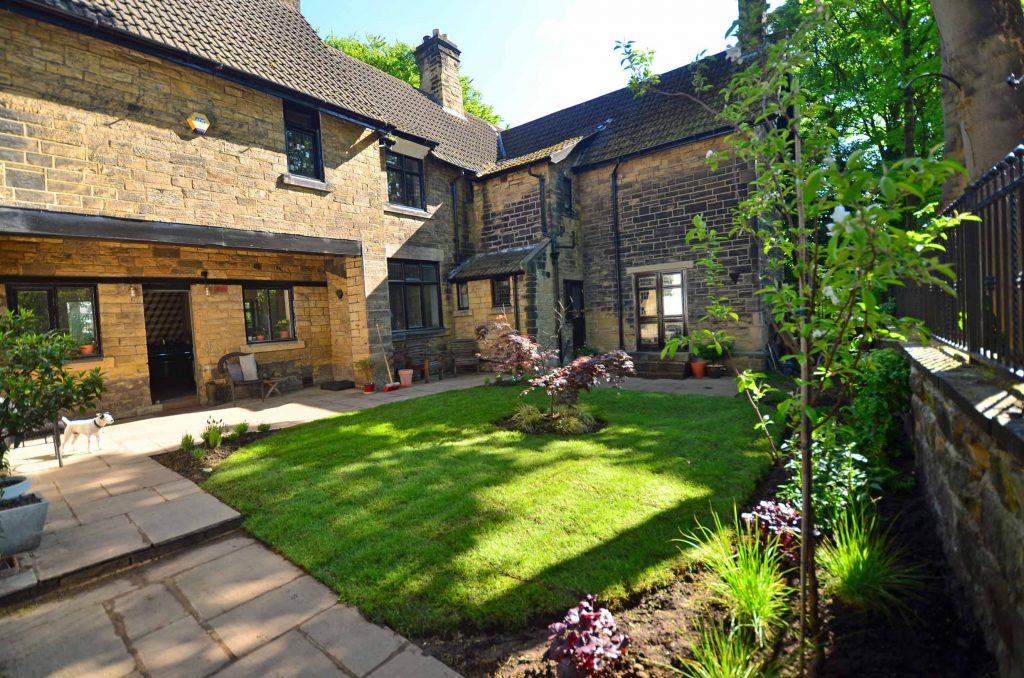 We are using topping stones to create the borders . The yellow you can see, is the flattened hardcore after the old gravel had been dug out, to be replaced with a layer of sand and then a layer of hardcore. This is then all flattened down with a wacker plate. 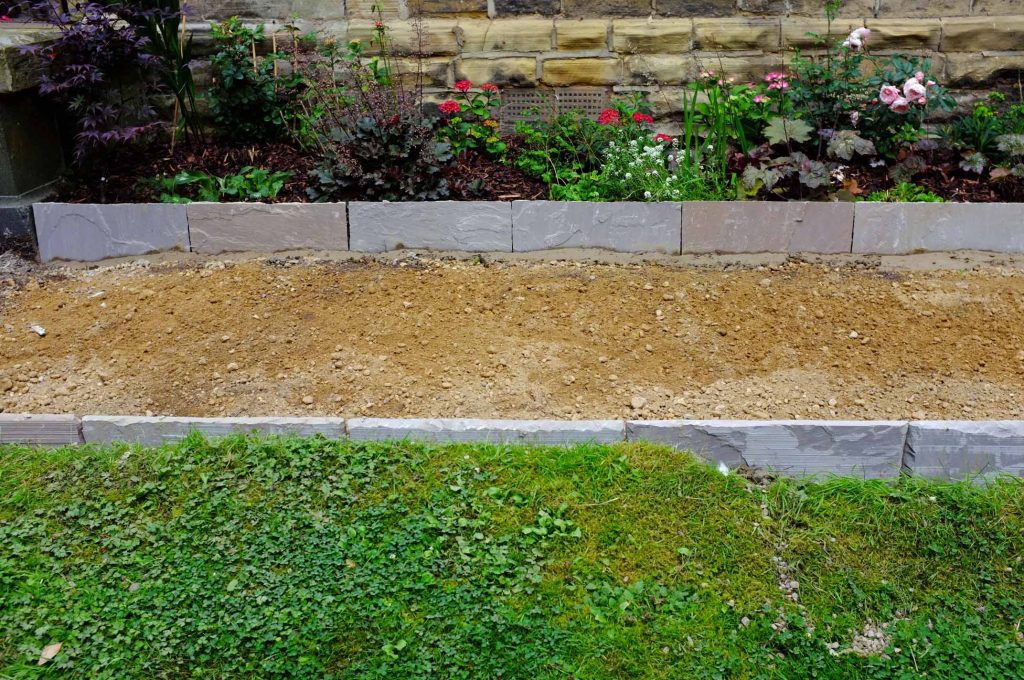 Here it is in full destruction mode. Once these slabs were removed the ground was then dug out to create a level. This was then covered in sand and hardcore which were both flattened. The paving was secured into place with a mix of sand and cement which was liberally distributed on to the hardcore bed. The sand and cement was then wet down, once the paving was in the correct position. Finally the whole path was pointed in. All of this preparation should ensure that the stones don’t become uneven or start to rock. 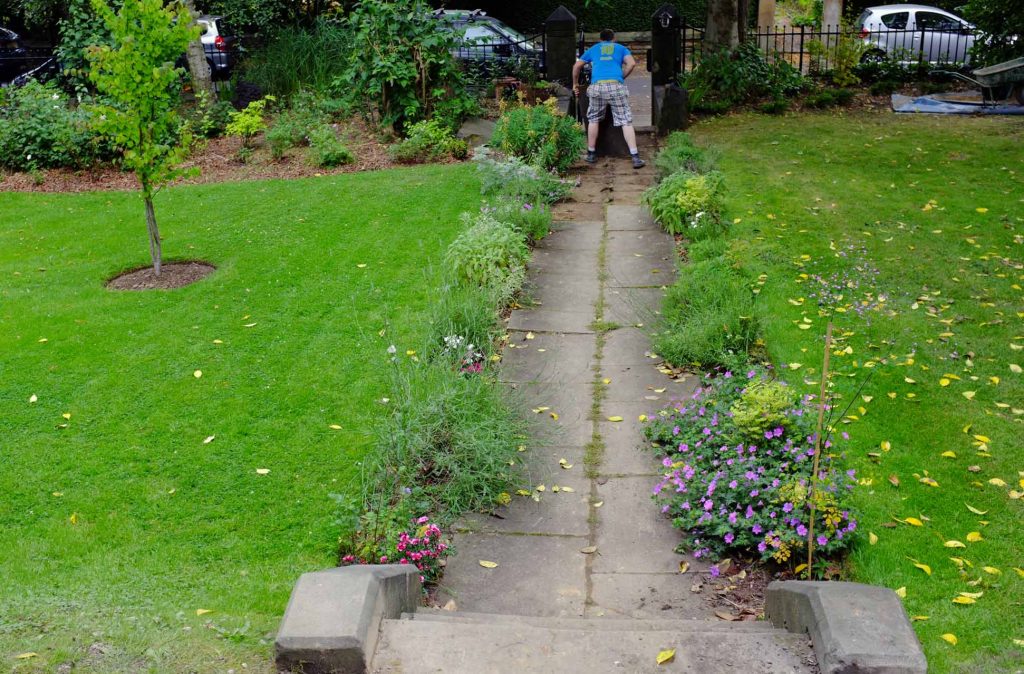 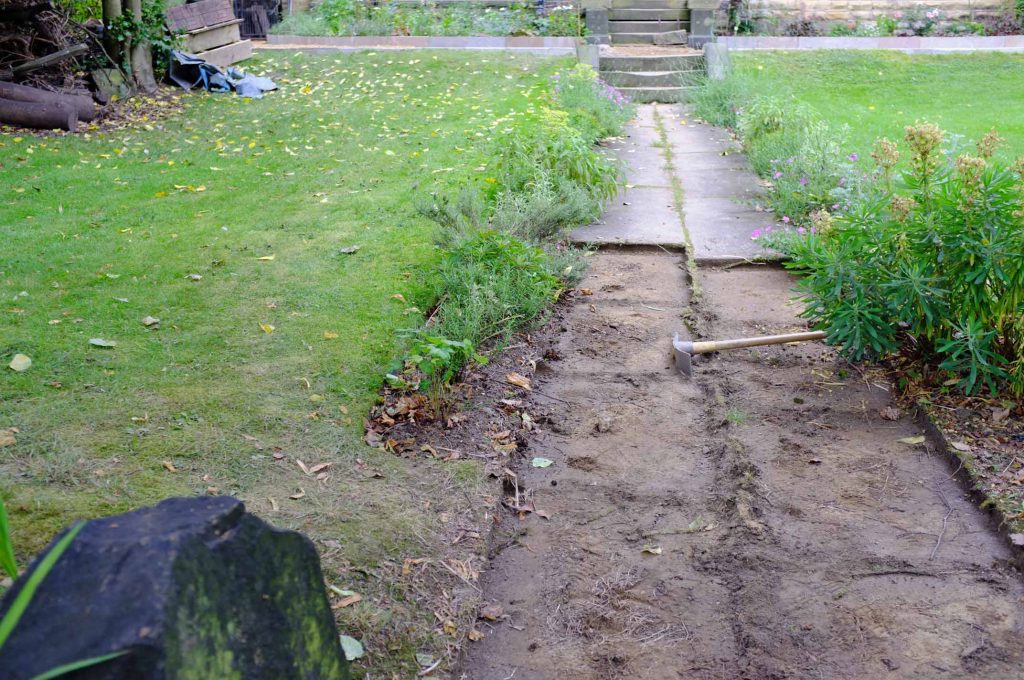 We are delighted, it is so much smarter. At the moment it looks a bit new but we will put some soil on it wash it down and give it a scrub which will very quickly age the paving so it sits better with the house. 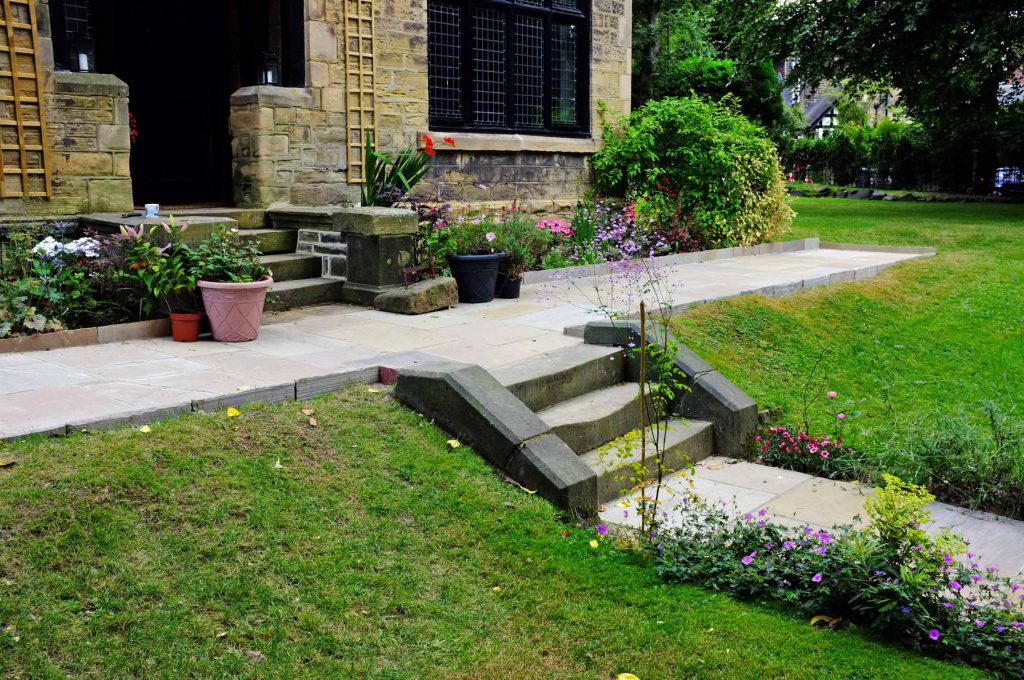 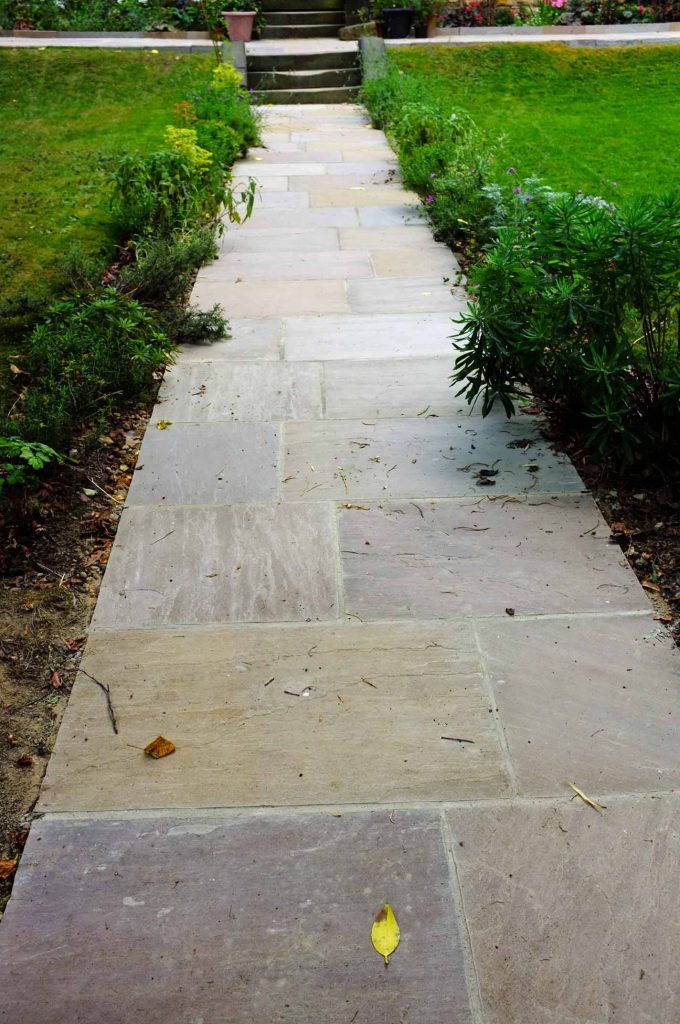 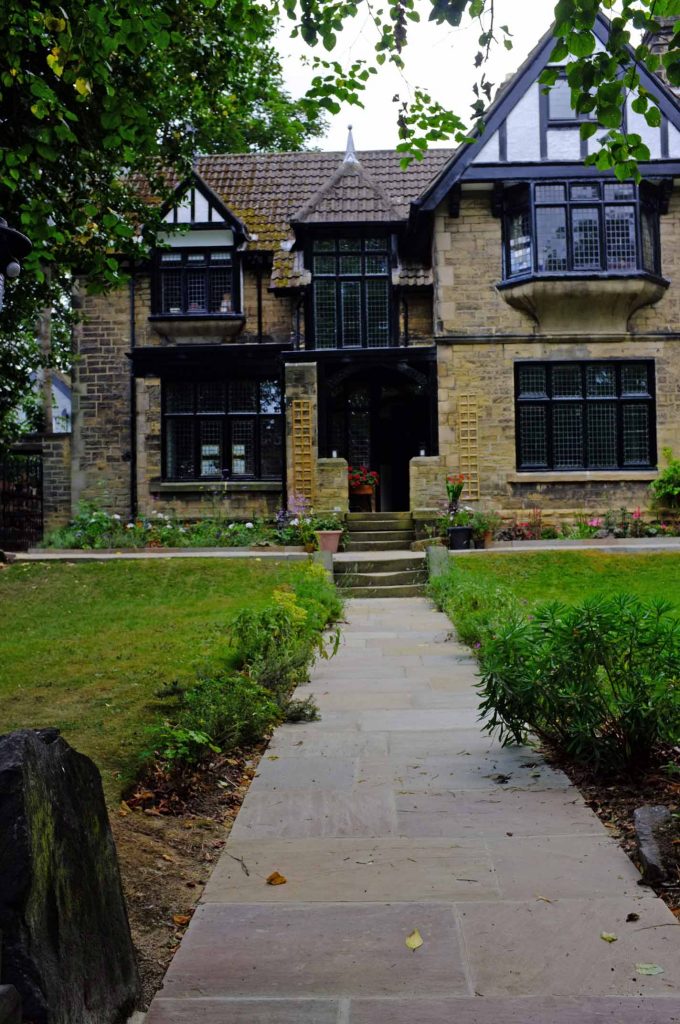 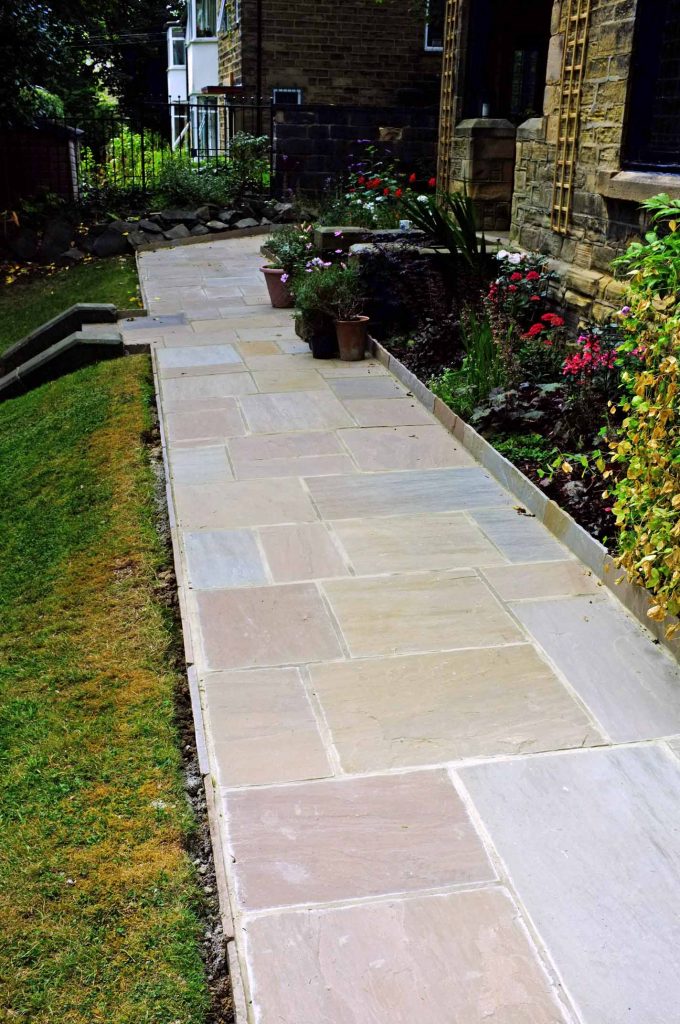 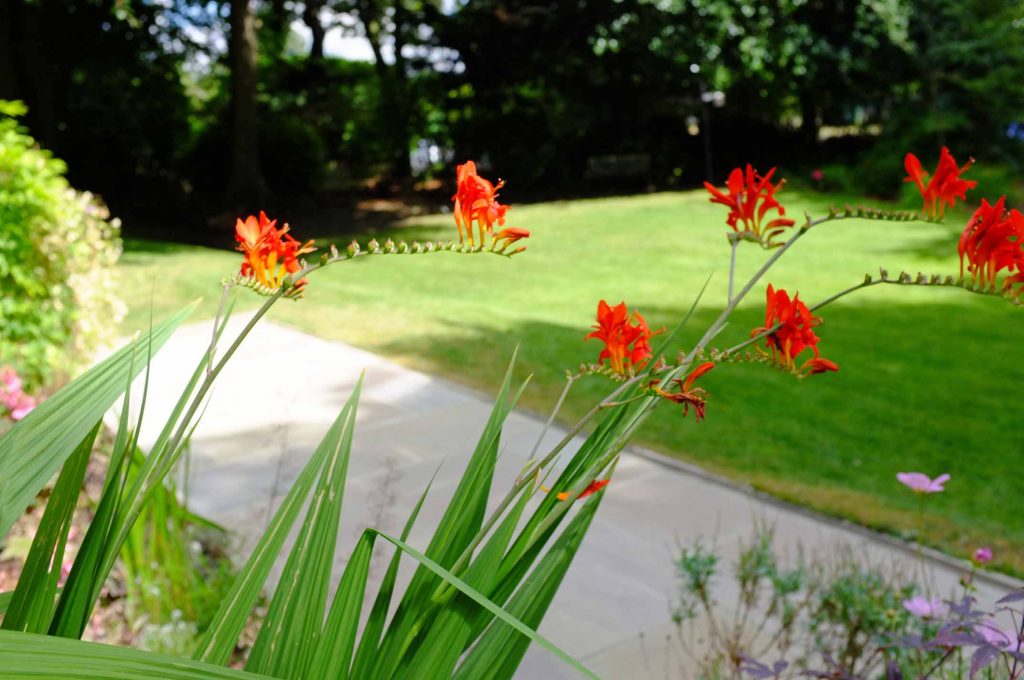 Round the side of the house by the entrance to the courtyard we have put gravel down, it is 22mm washed pebbles, so hopefully it won’t stick in our shoes. Gravel is also a very good security measure as it is virtually impossible to walk silently on. 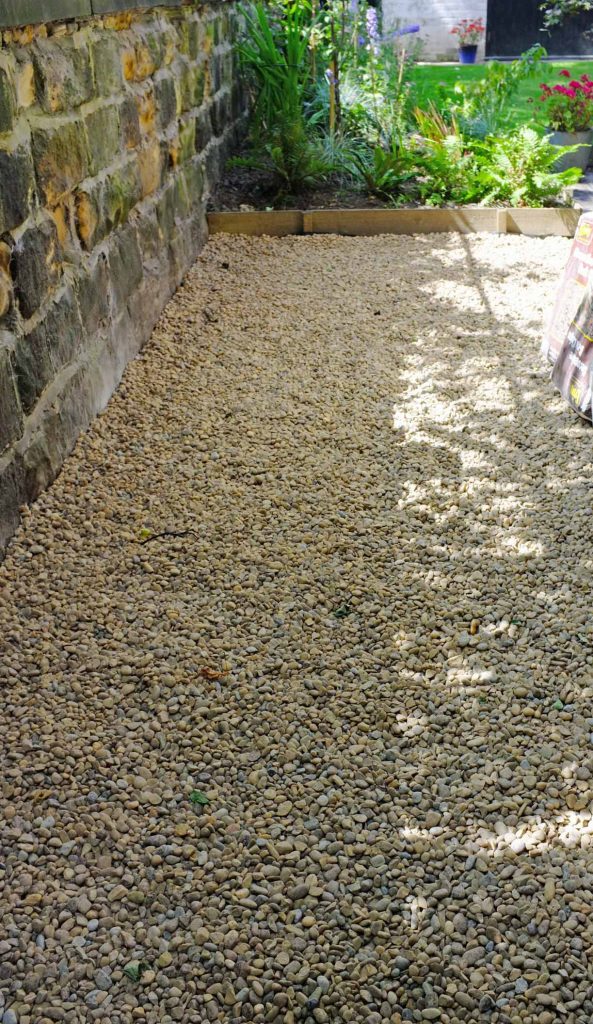 Tip costs for all stuff taken out