Our garden is a giant ‘L’ shape. It is mainly lawn with flower beds to the edges. The main part of the garden (which is to the side) used to be a tennis court, a large flat lawn. A few years after our house was built in 1881 the owners bought the plot next door to ensure nobody built on it and to create a tennis court. We don’t know how long the tennis court lasted but it is mentioned in the for sale notice in the 1890’s (and we still find evidence when digging). 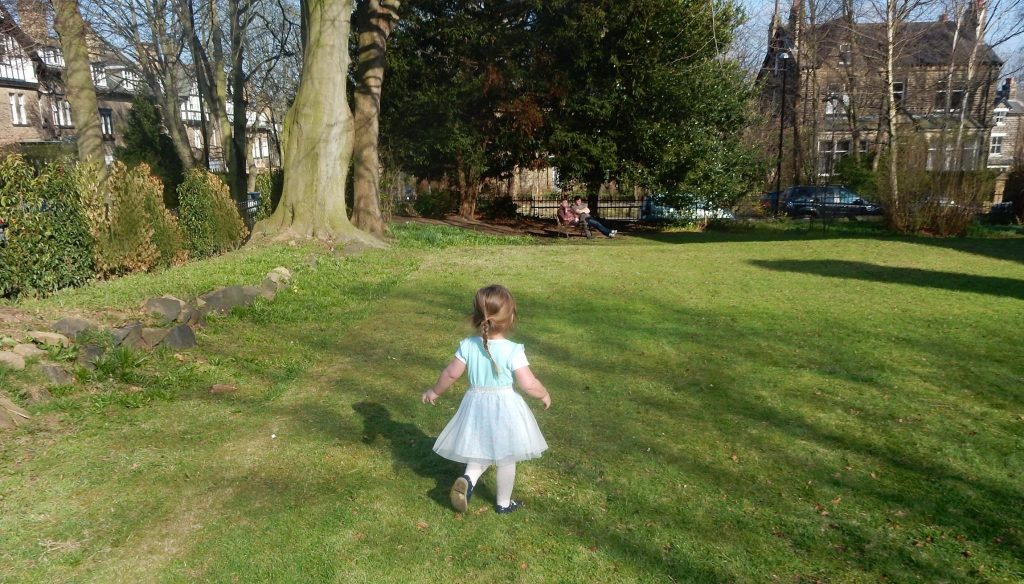 When we moved in the garden resembled a corporation park. There were no railings round the edge and there was just one large bed at the front with overgrown shrubs. The massive lawn was comprised mostly of moss. Many of the shrubs had grown into multi stemmed trees casting shade. Our last house had a tiny garden so this massive space was initially quite over whelming 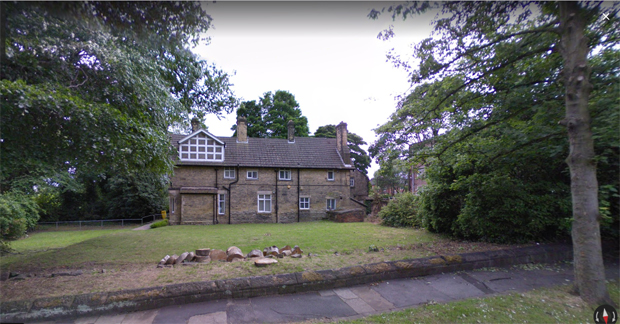 Learning about the garden

Over the past two years, we have tamed and refined the garden whilst all the time studying how it changed over the seasons and learning what plants should stay and which had outstayed their welcome. We have our personal favourite plants but the garden has the final say, if the soil or the light conditions aren’t what suits the plant then we will just have to admire it from afar. The garden is to the north of the house on the side and to the East of the house at the front. However the garden is large and the next neighbours are quite a distance away.

The East front garden looks its best in Spring, the sun shines on this part of the garden from morning till late afternoon. The tall poplar trees and all the other mature trees are not in leaf so they cast no shadow. By summer the East facing garden gets  the sun first thing until noon but then is in shade for the afternoon. 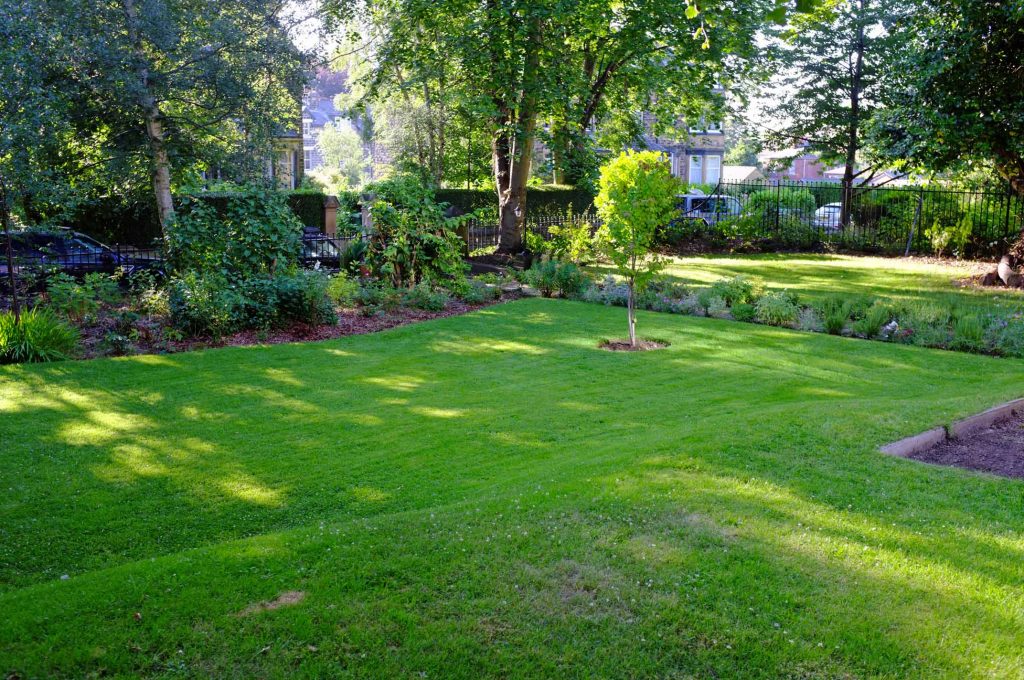 We are on clay soil but as we are surrounded by tall mature trees there has been a lot of organic matter left on the ground which has been incorporated into the soil to make it quite rich. The tall beech and the beautiful Yew both suck the ground beneath them dry and create a lot of shade for anything to compete with.

Another consideration is borrowed landscape, normally this means incorporating beautiful views in the landscape into your own garden, we have some wonderful trees and buildings in the neighbourhood we want to draw attention to,  however we also have an office building to the West of the house and it’s plain red brick facade draws your eye when we don’t want it to. We want to diminish it’s prominence in your eyeline. 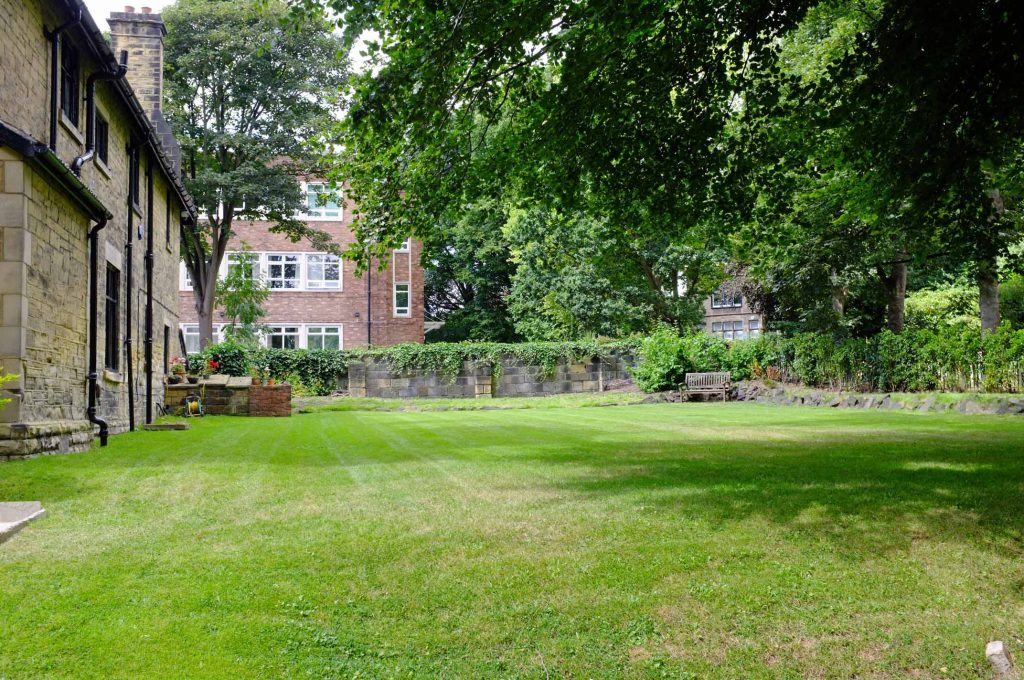 Divide the garden into rooms which conversely will hopefully make the garden feel bigger as well as reducing the monoculture that it is, (grass grass glorious grass).

We have begun by improving the structures that the garden has. We planted hedging along the perimeter, put in railings. Wrestled the front bed and back bed back into use. We then started planting trees and creating beds in the large expanse of lawn. 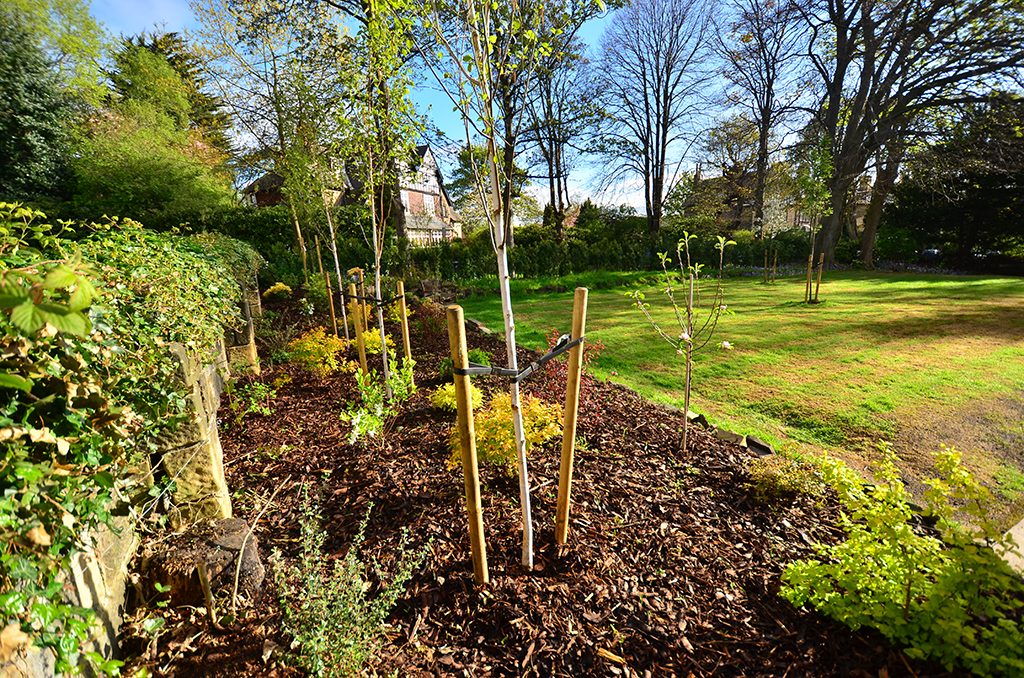 We chose to plant silver birch trees along the back wall with an Ornamental Pear to anchor the far north West corner. To the front we have planted an apple tree and a plum tree. In the centre we have planted a hawthorn, a medlar, a rowan, and a crab apple. These will over time be surrounded by flower beds.

Here’s the garden before the great divide – you can see where we planted trees in what looked like the middle of the lawn. 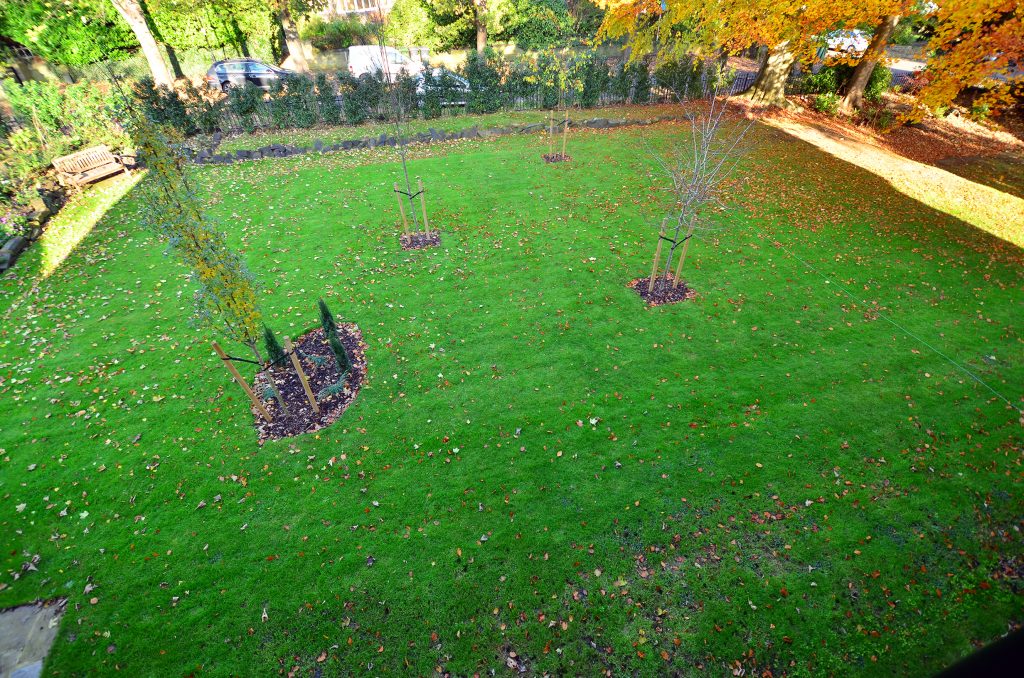 And after – where we have created the big bed to the right where the hedge and railings will go, and the central bed in the middle with the Rowan at one end and the Hawthorn at the other. The Malus (Top Right) is also now part of the big bed to the right.  We still haven’t quite decided whether to bring the Medlar (bottom right) into the bed as well – for now it’s still on it’s own in the Lawn 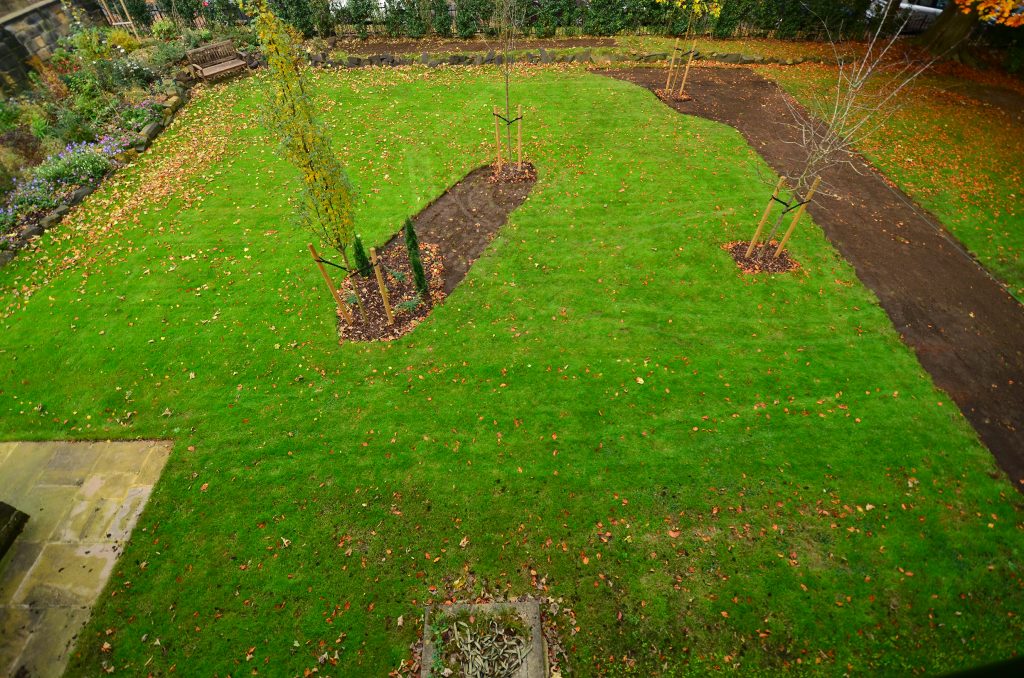 Check out the post about the giant hoop railings